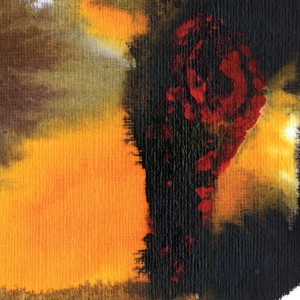 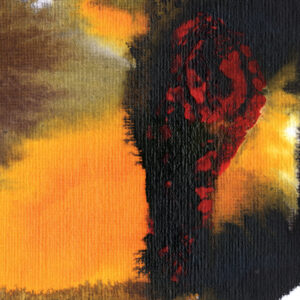 Polar Bear: Same As You (The Leaf Label)

Polar Bear have been circling around conventional notions of ‘jazz’ in ever widening orbits since their debut album, Dim Lit, in 2004. Albums such as 2010’s Peepers and last year’s Mercury-prize nominated In Each and Every One saw them finally achieving escape velocity, hurtling into a deep sonic space that combined their trademark melodic improvisation with electronics while expanding their palette of rhythms to include African and Brazilian styles.

With Same As You, they’re in the same galaxy but have set up base on different planet, one that’s sparsely populated and tranquil. A place of forests and mountains, deserts and canyons. A place to hunker down, chill out and become one with the universe. The mood is downbeat, woozy, mellow. The band have been criticised for their restraint in the past and , while Same As You doesn’t quite cut loose with the bumpy party vibes of bandleader Seb Rochford’s other group Sons Of Kehmet, things are much looser here than the reigned-in tightness that characterised previous outings.

Rochford originally conceived Same As You as a single long form piece and traces of this approach remain in the album’s slightly uneven sequencing, with two lengthy pieces – one around 12 minutes in length, the other almost double that – interspersed with a number of shorter jams.

In fact, I kind of wish the band had kept that longform approach, like one of those 90s Journeys By DJ albums updated for modern times. The long tracks have enough variety to keep things interesting, yet the sonic design of each track is consistent across the record, united by Pete Wareham and Mark Lockheart’s looping horn lines and Rochford’s shifting grooves.

Those drums are at the heart of this album, Rochford laying down tough, jittering beats that seem to hold a whole world of percussion within them. As well as the usual jazz inflected tempos, songs are shot through with the sounds of Africa – Malian polyrhythms and Nigerian funk – as well as samba and batucada from across the Atlantic.

On the 20 minute Unrelenting Unconditional the band hits an eternal groove, krautrock crossed with Fela Kuti, pushing ever onwards and upwards. Hi hat and syncopated snare are almost melodic in their skittering dance, with Tom Herbert’s bass anchoring things in a rubbery, swinging ostinato. Coming as it does at the end of the album, it brings things to a close in a wonderfully hypnotic fashion.

There are vocals, too, which are a first, namely on the lead single Don’t  Let The Feeling Go, with Rochford and Hannah Darling leading the repeated mantra that sidesteps the usual glutinous warbles of jazz vocals for an evocative chant that’s more A Love Supreme than My Funny Valentine.

Wareham and Lockheart, meanwhile cast typically evocative and questing horn lines, which swirl through Same As You’s tracks like delicate tendrils of smoke. On The First Steps, the short, spare phrases slowly unfold into joyfully sinuous lines, snaking around the one-note bass refrain and tough wash of percussion in a euphoric groove, before bleeding into the glowing electronics which mark the transition into the loping bustle of the following track, Of Hi Lands.

Same As You is more of an expansion rather than a departure from the template Rochford and his crew have created for Polar Bear. But that’s nothing to be sniffed at. Fans and new listeners alike will find plenty to enjoy in the immersive swirl of this album’s deep, tidal currents.

Pre-order Same As You. The band are currently on tour – full dates can be found at their website polarbearmusic.com.