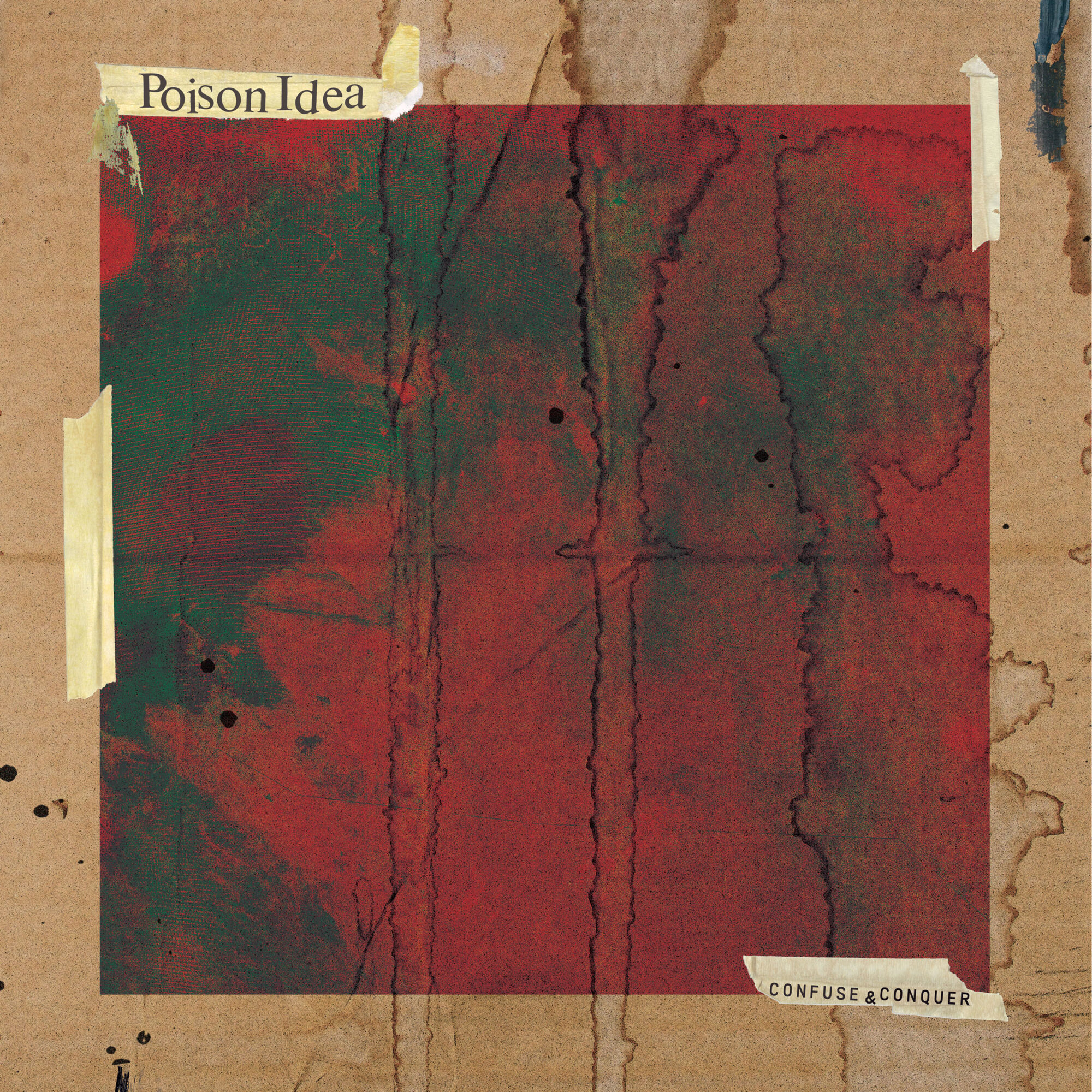 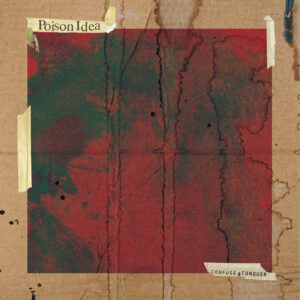 POISON IDEA are one of the most infamous and instantly recognisable names in the legacy of hardcore punk. They’ve also just released their latest album which goes by the name Confuse and Conquer and which begs the question, Joshua Hart thinks, of whether or not the album damns them as boring, sad old men or not. Read on to find the answer.

1. Being older than 29 and being in a band that is even remotely heavy is kind of sad.

Now that I’ve sparked an inevitable inundation of hate mail let me drop some knowledge.

By the time that you’re 29, the little things that you perceive as harbingers of the decay of American culture shouldn’t mean anything to you. You shouldn’t care about what music people listen to or what books that they’ve read. You shouldn’t look at that basic white girl studying for her A-levels in a Costa coffee joint and think “God, I bet she hasn’t even heard of T.S.O.L.”

Yet, any interaction with old career-punks inevitably turns into a discussion about how kids these days “have no heart” or whatever (see Kevin Second’s Facebook page for an especially cringey example).

It seems that grandpa’s from every generation have to be mad about something. Such is the way of mortality.

It’s all quite silly because, as I previously mentioned, all heavy music sounds mostly the same. If you were to go up to  your Mum and ask them if she prefers Xibalba or No Zodiac she’d probably ask you to turn off that noise and help her lay the table.

Because it all sounds so similar, why would listeners want to listen to grizzled, leather-faced fuckups play the same music that young, stylish, beautiful, relevant people are playing. Elias Bender Ronnenfelt and Erik Daniellson are infinitely prettier than the dudes from Suffocation, for example. Aesthetics are important. Musicians sell romance.

So what is an old band to do? Can they ever make palpable music ever again?

Poison Idea, a punk n’ roll band from Portland, have been in the game since 1980. They’ve put out nearly 50 releases and tour constantly.

Normally, this would mean that they suck because maintaining high quality throughout the entirety of a  music is a nigh-impossible task and, yet, with Confuse and Conquer, Poison Idea have actually managed to churn out a really good record.

Please pick your jaw up off of the floor, dear reader. It’s true.

That is why, I assume, that nearly all of Confuse and Conquer’s eleven hardcore tracks contain  massive, overblown Motley Crue guitar solos. They’re very technical, very fun little sections and they give the album a kind of bright, sunset strip vibe.

“The Rythms of Insanity” has a particularly sharp lead. It’s guitar-hero ready and, as a result, the song sounds like Journey playing D.R.I. and if that doesn’t sound awesome we simply cannot be friends.

“Trip Wire” is just as fun and silly. It sounds like a mid-level Fat Wreck band’s track from Tony Hawk’s Pro-Skater 2 but with some noticeable Motorhead influence. Lots of quasi d-beats and gruff, dip-soaked vocals.

It’s not all schlock-rock, though. A few tracks on Confuse and Conquer  get a little bit experimental.

“Psychic Wedlock” is mainly piano led, with spooky, ethereal background ambience that reverberate off of the punky, thrashy guitars.

“Dead Cowboy” is, for me, the musical centerpiece of the album. Think Ennio Morricone being played by some drunken assholes and you get the picture. I could see a cheap, schlocky indie-western using this as its main theme.

The album is not without its flaws of course, “Hypnotic” is a boring rerecording of an older song, “Me and JD” is slapdash Ramones-lite with too-loud drums, but, overall, Confuse and Conquer is a decent effort by a band that has managed to avoid becoming boring, sad old men. That’s pretty remarkable in a world of Anthony Raneri’s and Derek Ski’s.