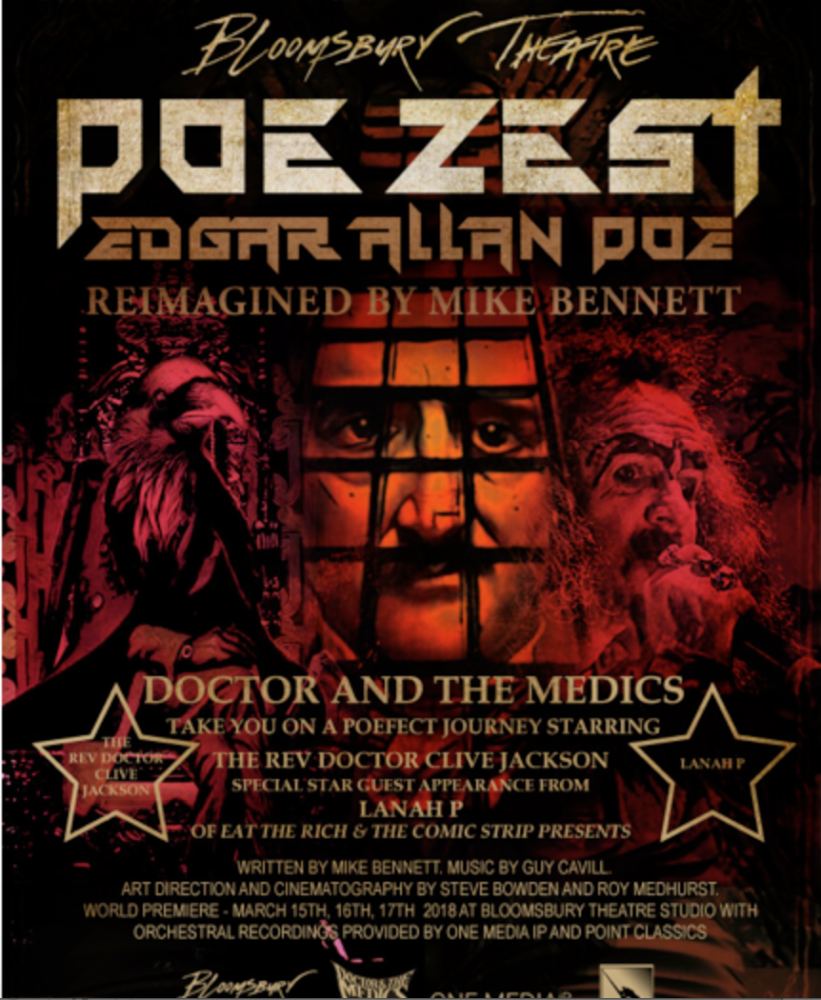 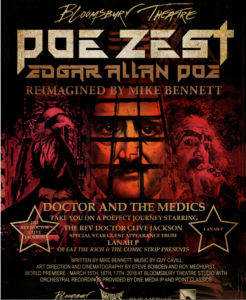 I entered the Bloomsbury Theatre with an air of trepidation, having experienced an open rehearsal of the remixed works of Edgar Allan Poe. Although the rehearsal was good the production was not fully formed. Characters such as the Black Cat were not fully realised and there was a screen at the back full of excellent but disjointed ideas.

When the lights went up at the Bloomsbury Theatre it was a different story. The immersive piece was laden with sophisticated prose courtesy of Mike Bennett and the Rev Doctor Clive Jackson playing at least 26 characters. His most alarming characterisation being a Gothic Queen Victoria Who was not only heavily sexualised but representative of Victoriana in a true Poe Goth style.

The comedic elements of Clive Jackson and his team of Medics was bordering on old-time Music Hall for the postmodernist goth generation. Comic Strip star Lanah P who was like Mike Bennett – once a part of The Fall collective provided excellent counterpoint antics as Dr Raven, based loosely on the classic Poe’s The Raven.

cWith evil imagery by Steve Bowden on the cinematic screen and creepy usherettes who turned out to be actors within the interactive action this installation is as exciting and hilarious as it is original.

Let’s hope it comes back into the west end at the ‘left of centre’ Bloomsbury Theatre as well as playing some regional dates.

As a grand ‘gnarly’ finale Spirit in the Sky was a tremendous singalong which almost reached Rocky horror proportions.