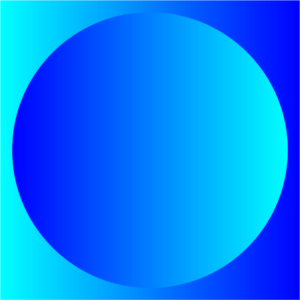 Louder Than War’s Ioan Humphreys falls in love with the recently unearthed and resurrected collaborative LP from NY No Wave experimental composer Plus Instruments and Cold Void.

Following on from her critically acclaimed release Lineality, Truus De Groot aka Plus Instruments has unearthed a recording that was somewhat forgotten about / mistaken for released from 2013. Same was a collaboration between Truus and Luuk Bouwman and  Rafaël Rozendaal (Cold Void). The band approached Truus with a set of instrumental tracks.  Over a period of a few months of back and forward WAV file exchange they completed this 13 song album.  The lyrics are surrealist poems written and sung by Truus to take you somewhere you have never been before. By her own omission, De Groot hadn’t realised it had never been released until now. Amazing stuff Here we go then…

The opening track Drops Like Lead has a gentle and playful run of chords that when De Groot’s vocals come in, plays out almost like a child’s nursery rhyme. Albeit one from a particularly creepy horror film. It’s an unsettling start to this LP. Smithereens Blow It Up has a brilliant John Carpenter esque throb to it which is quickly augmented with playful electronica, noisy elements and ‘heys!’ thrown in towards the end. With de Groots vocals weaved in on top, this track is unbelievably catchy and stays in the head for long after. It’s actually quite brilliant and a stand out track.

Beasts has an ominous keyboard sound which again could be from a menacing horror film. De Groot’s vocals are low in the mix and are deliciously distorted, yet again there is a ‘tune’ here which is infectious. Follow up Cell Structure begins with a beautiful piano chord structure. De Groot’s vocal’s come in and are ethereal in meld perfectly with the gentle electronica piano. Short, yet a beautiful track and another one of the highlights of the LP. The title track Same has a gentle xylophone twinkles and shines with De Groot’s measure, echoey and graceful vocals. Whereas Civilisation is a tender track with shimmering vocals singling about the ‘ocean’ along with delicate instrumentation.

Lonely Ones has a sparse electronic throbs and space age effects run throughout this track. Gossamer vocals fuse to create a short, yet perfectly formed piece of elegance from the collaboration. The brilliantly named Savage Punishment has another John Carpenter esque electronica throb that starts this brief bridging track with its ominous instrumentation and forbidding sound. This quickly followed by ‘Breath which brings a gorgeous crisp electronica, multi tracked layered vocals and a repetitive strand that is hypnotic.

Final track Revenge Sugar Spun’taut, fraught and short. De Groots vocals border on the theatrical as they often do through the 13 tracks. It’s a restrained finish to an album that takes in many influences and produces incredible outputs.

This LP may have been in limbo for five years, but it feels right and it feels in the ‘now’. Across the 13 tracks there is an exuberance that is uplifting and inspiring, as well as an unsettling and meditative quality that shifts the mood. These results may not be for everyone, but fans of Plus Instruments and Truus’s work will not be disappointed. In fact, they will be left slavering for more. Listen now.