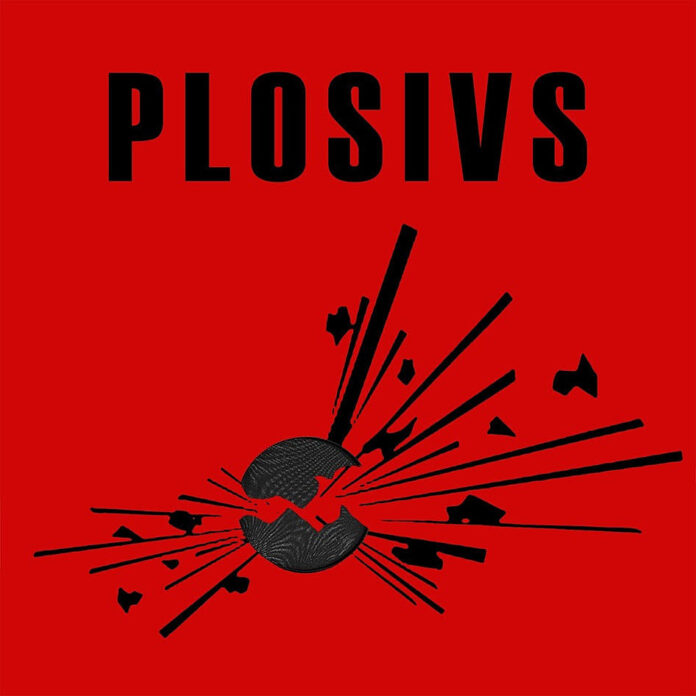 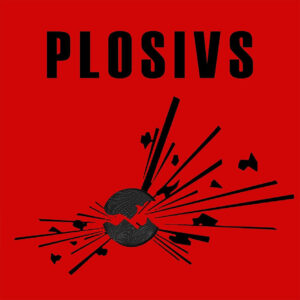 San Diego punk supergroup fly out of the traps with a powerful debut album of blistering power from four prominent figureheads on the So-Cal scene. Wayne AF feels the force…

Arriving at just about the right time, as a big surge on British punk grunge scene is evolving again, Plosivs release a crunching album straight out of the hot bed of San Diego, a scene that sprawled some great nineties bands like Rocket From The Crypt and the cruelly underrated Stanford Prison Experiment who smashed The Boardwalk back in the day when I was a lad. Here’s the lowdown…

A plosive is a speech sound. The basic plosives in English are t, k, and p. In phonetics a plosive, also known as an occlusive or simply a stop, is a pulmonic consonant in which the vocal tract is blocked so that all airflow ceases. In audio recording it refers to the loud, vocal pop created by the hard consonant that overwhelms the microphone and causes it to distort.

So what exactly does all this have to do with a NEW melodic, angular, punk band of four very handsome and extremely young men from San Diego? Quite simply, together they create a musical vibration beyond the parameters of sound occupying a frequency the human ear cannot begin to comprehend.

John is the other guitar player as well as the owner of a cherry red PT Cruiser. He is the overstimulated, thrill seeker of the band. Dominating every facet of his instrument, he conjures the imagery of a horny outdoorsman swinging from greasy jungle vines. In a live setting, his intense thrusting not only busts the zippers and buttons from his costume but from the audiences’ clothes as well. John is one of the few contemporary guitar artists that incorporates lead and rhythm role play in his style. He is a visceral juggernaut on stage and fans worldwide flock to cower below him.

Atom, Scorpio, is the drummer. His devilish, matted locks sway and dance like turned-on cobras as he erects towering beats on his drum trap kit. Known for his command of the floor skin tom, Atom fuses the native storytelling percussion of ancient tribesmen with the modern technology associated with todays top digital curators on TikTok and YouTube. Live, the people can’t get enough of his moves and looks. 100% hot!

Jordan is the bassist. He is clearly the mystic of the band. As a veteran attendee of the last 3 Coachellas, he is a four string wielding shaman residing in the low end of the spiritual spectrum. Jordan utilizes a “speed pluck” approach that sets his crystalline resonance apart from other bass artists currently on the circuit. Coupled with his dynamite appearance, he is a must see in concert.

Hit The Breaks bangs straight in with top, tight as fuck dynamics that speed along with a crashing back line and a refreshing punk blast that excites and “BREAKS”. Rose Waterfall has that sharp angular sound that bursts into life without a slap on the arse from a gloved up maternity matron, and motors easily with a punk pop vibe and a slashing out of sorts guitar lick. Thrown Clear is a pure melody laden tune that has nods to later Hüsker Dü and early Foo Fighters if you’re after a comparison. Some great sounds thrown around and nice echoing vocals.

Never Likely crunches in with more experienced dynamics from this veteran trio who rock like fuck when it matters. A no nonsense rip roaring tune that roars into some mighty noise two minutes in, calms down for a brief moment of chill, then batters your ears for the last thirty seconds. Top as fuck. Broken Eyes is pure nineties melodic hardcore that shows you don’t just have to twat your instruments to create beautiful noise. A pop song with added bite which has a nice power punch that thrills and builds with some speedy guitars that crunch during the middle. Pines continues with that wall of sound I’m really getting hooked by now. It’s a powerhouse from the So-Cal wonderboys who are not messing around with this combination of power from the bands they’ve hatched from.

John (or Speedo) of Rocket From The Crypt has still got his thing going and this shines through on the fast as fuck See You Suffer which rocks along at breakneck speed without the wheels falling off. Some great chugging guitars, finger bleeding bass and pummeling  drums chomping at the bit for a two and a half minute blinder of power punk that’s as good as it gets. Iron Will continues this tradition of intricate power that has the crossover appeal for the more energetic indie crowd, who need a bit of punk bollocks added to the boring lad culture music we all know and despise. Pray For The Summer mellows out a little bit to give you a bit of a breather, yet still chugs along with a refreshing wave of sound that goes into shoegaze territory for a while. A nice touch before Bright goes all power again with a fast paced bit of frenetic jamming that brings out some cracking repetitive bass and moaning guitar that builds into a frenzy.

An exciting debut that doesn’t let up much and keeps your attention throughout with a powerhouse of premium punk grunge layered with a pop sensibility from four experienced veterans of the punk scene from across the pond. Promising future material awaits…