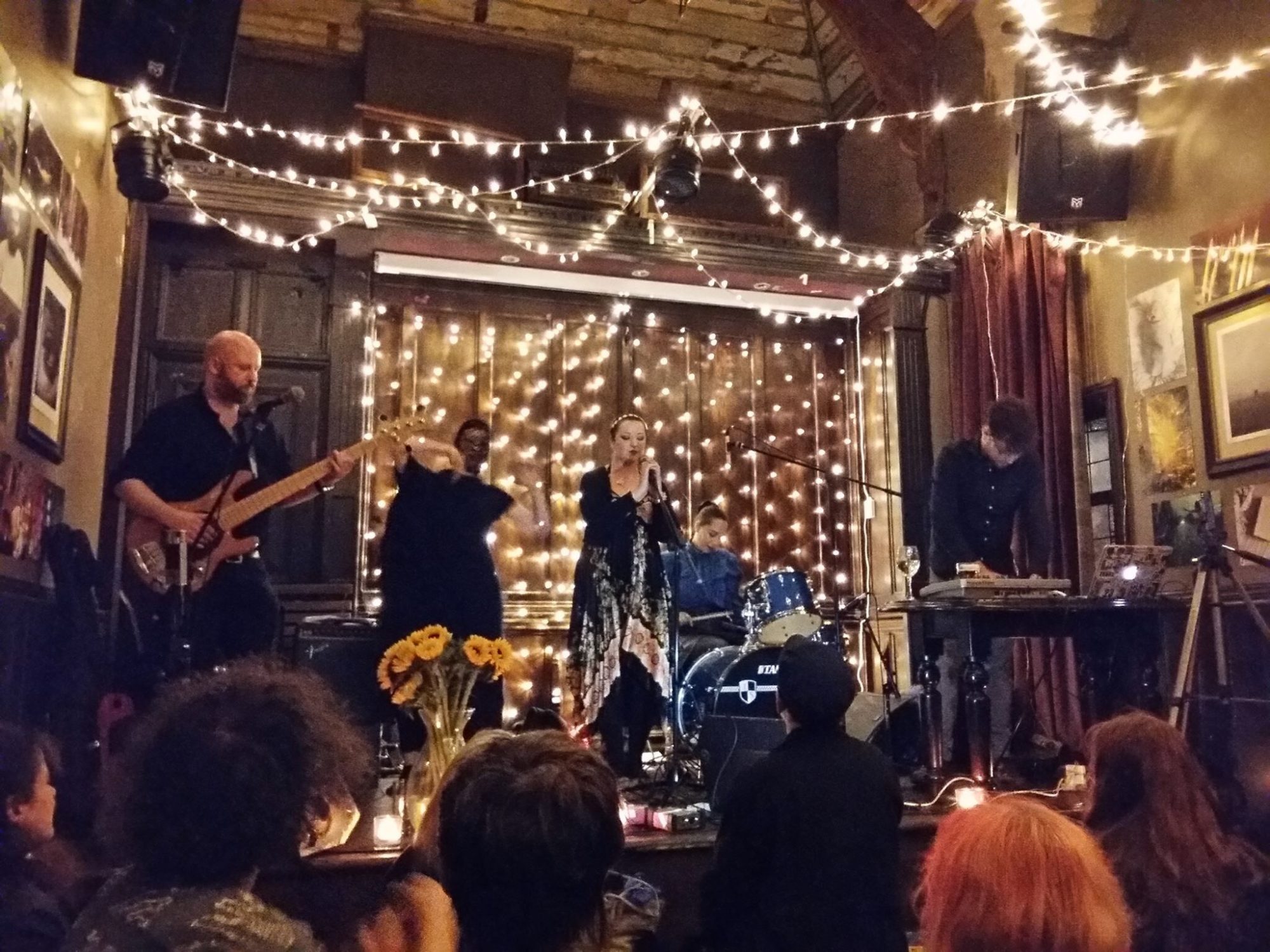 It has been a busy couple of months in Manchester, in terms of new material in ever-more interesting forms. Following on from a year which saw great activity from homegrown musicians  – with releases from bands as diverse as Black Helicopters, St Lucifer, Reigns of Monty Carlo, as well as two new music festivals – Foundations and Sonder Fest – there is plenty more to come, across the board.

Emily Oldfield catches us up with the latest from her local scene.

On the folk-acoustic scene, there are potentially big things lined up for local singer-songwriter Little Sparrow – awarded the title of Favourite New Artist of 2016 from Laurel Canyon Music (on Christmas Day). This has meant some financial contribution towards the recording of her next album, a guaranteed gig for LCM in London and role as Featured Artist on Blues and Roots Radio for a month meaning daily plays from the station in Canada and worldwide. Big news for a woman who in the space of year has also welcomed a baby into the world, and charmed audiences with her cover classic The Final Countdown; tunes tinged with reality and resonant emotion, showing her ability to still convey the sensuousness in her debut album Wishing Tree, yet still diversify.

For more of a gothic-inspired twist, there’s a brand new debut video for Rose Niland & The Diamond Hand‘s Universe Is Woman single on German Shepherd Records, put together by Gwen Osmond, with a new mix of the song from the notable John Tatlock. Featuring Rose on vocals, Leonie on drums, Bob on keyboards and Mark on bass – this is a sonically stunning track interweaved with various electronic textures; from captivating loops to the lingering lyrics – with the track dedicated to Manchester musician lost far too soon, Alana Bondi. The video is a haunting play of planispheres and personal profiles which make us question beauty and rebirth; a highly fitting accompaniment to the track.

Manchester-based Mark Corrin, who plays bass in The Diamond Hand has also already released his own EP this year Beyond the Ice Palace featuring the enigmatic vocalist Luna, known for an ethereal charm which adds even more depth to the three-track EP. The title track itself is a particular stand-out, with evocative vocals ‘Deep freeze the enemies/ Who now rattle our cage/ with their evil ways’ negative imagery which resonates with power politics and the state of play, cleverly contrasted with the sensuous interplay of vocals. The last track ‘Ginger Biscuits’ hits the spot as playful yet powerful. 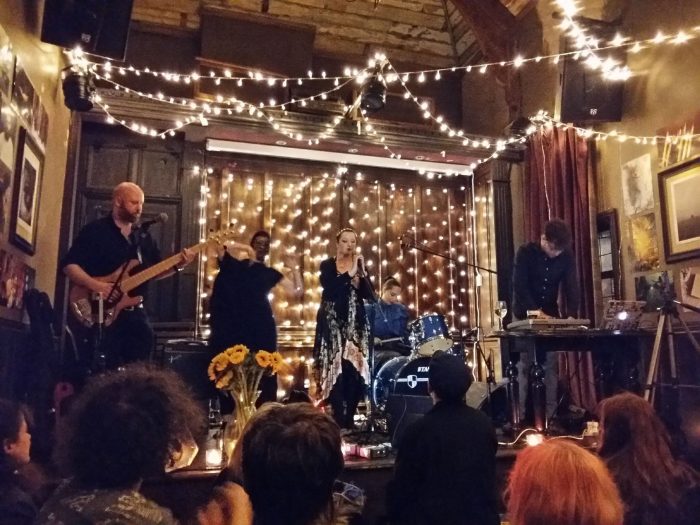 Collaboration is clearly in the air, as can also be hard on the new track from Farnworth-based Some Kind of Illness – Violet Dream featuring Hara Su – a distinctly different tune from their previous output. This is danceable downtempo, with a driving beat and yet beautifully melancholic lyrics buoyed up with harmonies. Other new launches of particular note, have included I Was Always Going to Give Her Up, the debut single from Sam Craighan played to a packed-out audience in The Castle and the EP launch from local ambient masters Ambiere – serving up their sensuous synths and shimmering vocal hooks.

There is also upcoming material from Josey Marina – known for her stunning soundscapes, an album release from Syd. 31 on AnalogueTrash, promising to be The Last Punks on Earth and Male Order Bride from Avital Raz, in time for International Women’s Day.

Image of Rose Niland & The Diamond Hand by Nataly Lebouleux.