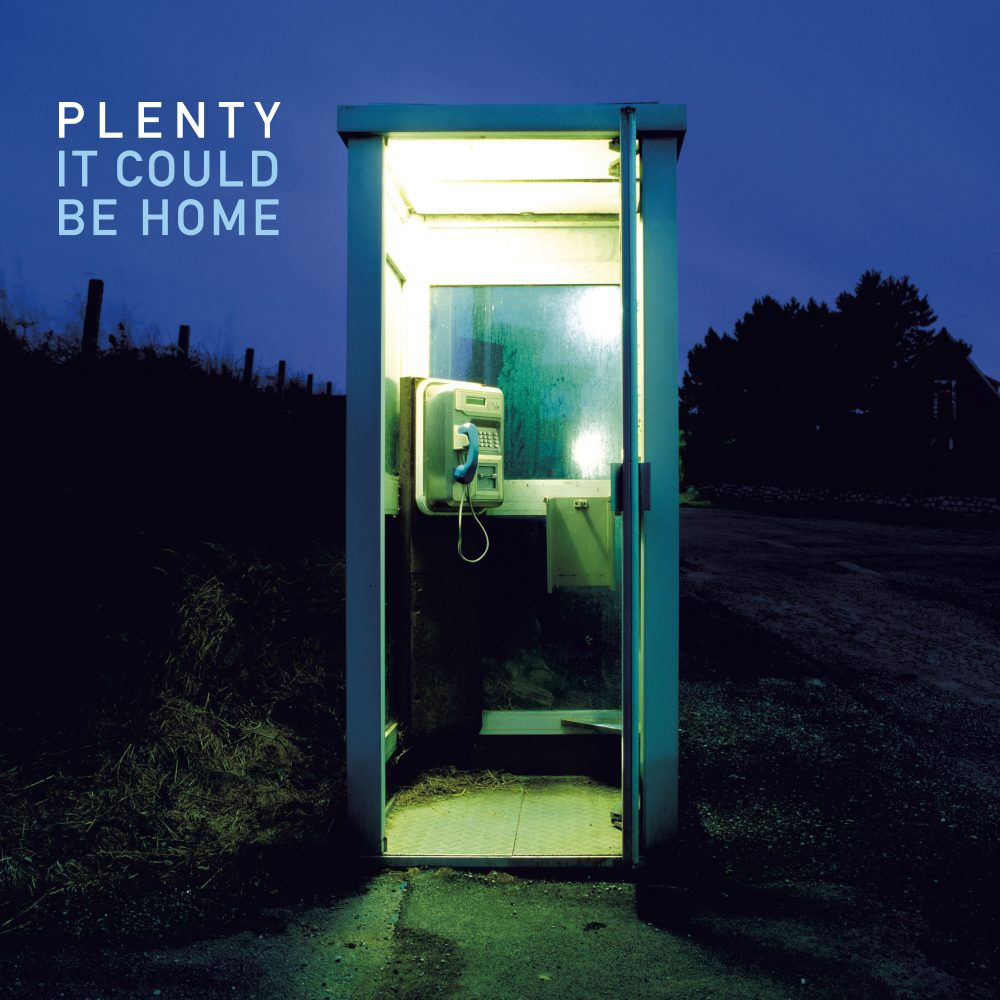 IT COULD BE HOME

An album over thirty years in the making…

“I could never follow the script” announces Tim Bowness in Plenty’s Climb. A script that usually has the musician denying the past and the fledgling, sometimes embarrassing attempts at music making. Unless you are Tim Bowness of course whose penchant for revisiting his past is both refreshing, enlightening and a snub to those who deny their heritage.

His work on No-man with Steven Wilson and subsequent solo career success with the recent trilogy of albums in Abandoned Dancehall Dreams, Stupid Things That Mean The World and Lost In The Ghost Light, confirm a real quality and genuine respect from the high profile peers who adorn his work.

However – cue the swirly screen of reminiscence –  a fascinating backstory that takes us back to  1986 and Plenty, his pre-No-Man band which was one that emerged from Liverpool post punks A Better Mousetrap and Bowness’ own art rock band The Stranger. Three cassette releases, a couple of live appearances and the inevitable line up changes led to a hiatus in 1990. One that lasted until 2016 when the core trio of Bowness, guitarist/keyboard player Brain Hulse and bass player David K Jones regrouped to re-assess and re-record their catalogue and release It Could Be Home.

Doing their utmost to remain faithful to the original script and the era in which they emerged, there have been tweaks in lyrics and arrangements which those whose knowledge in all things Bowness will recognise although the end product would appear to untrained ears to be a pretty faithful representation of mid eighties Plenty. The sounds vary between electro pop, a dash of ambience and the type of poignant balladeering that would become a trademark for Tim Bowness. The evidence is clearly there in some of the songs, giving a clue to  where the next step lay in terms of what might segue seamlessly into a No-man album. Every Stranger’s Voice – described as a “grand doomed romantic ballad”  – together with the likes of Foolish Waking and Strange Gods are, in hindsight,  unmistakeably an  indication of what the future held in store.

On the other hand, several pieces are more a sign of the times. Climb, the first of a couple of more ambitious uptempo numbers offers a distant memory that Echo Beach is far away in time and Hide gives a minor hint of the band’s origins in the post punk/art pop scene, yet again, giving a hint with its darker lyrical tone alongside a more exuberant driving soundtrack. More obvious hints of the lush instrumentation of bands like The Blue Nile sit next to the less obvious – possibly some points where a faint whiff of Duran Duran or Depeche Mode floats by while Hide is built on the sort of energy and precision drumming that has root sin the Joy Division/New Order template.

Strangely, the Stones As Tears Go Back gets covered; any hints of the Stones’ early sixties treatment disguised with a synth heavy atmosphere, if you didn’t know you wouldn’t spot it. Yet there’s also a chance to hear Plenty in full contemporary mode with their first new song in twenty odd years: The Good Man fitting seamlessly into the set, like they’ve never been away.

Not so much a missing piece of the jigsaw, more of a rare opportunity to trace the timeline a little further back than usual. An album that should have been released three decades earlier, It Could Be Home is an archetypal ‘lost album’ and a genuinely pleasant discovery.

The lyric video for Every Stranger’s Voice is here:

He is also on Facebook  and  tweets as @TimBowness

All words by Mike Ainscoe. You can find more of Mike’s writing on Louder Than War at his author’sarchive. He can be found on Facebook and his website is www.michaelainscoephotography.co.uk