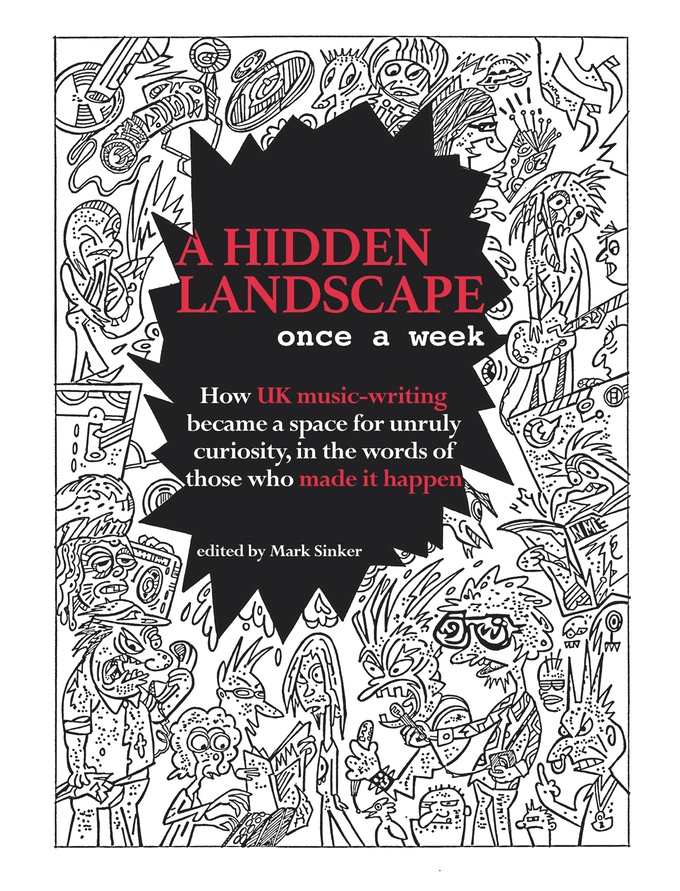 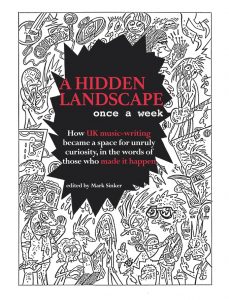 A book that looks at music waiting in the Uk and its glorious history and asks where it’s going now. Mark Sinker is from the from the heart of music writing and initially ran a conference on this topic and has turned it into a book which he is pledging now – the pledge is nearly complete and just needs   a few more people to push it over the line.

It will be anthology companion, containing select extracts from the panels and essays by various contributors: “A HIDDEN LANDSCAPE ONCE A WEEK: how UK music-writing became a space for unruly curiosity, in the words of those who made it happen”
For details, click though and take a look — all pledges welcome obviously! https://www.kickstarter.com/projects/253164519/a-hidden-landscape-once-a-week-an-anthology

Once upon a time — for a surprisingly long time— the UK music-press was a lot more than just the place to catch up with singles or album release news, with interviews with chart-topping figures and the antics of gobby rockstars. Week on week in its heyday — the mid 60s to the early 80s — a young reader could also go to it to find out about everything from comics to cult films to radical politics, as well as an extremely wide range of non-chart musics from all over the world. Hiding in plain sight, it was the communal improvisation of ways to process an unprecedented tumult from every quarter, of new sounds and dances, startling ideas and visions all battling for attention. It took place in such high-street titles as NME, Melody Maker, Sounds, Record Mirror, Echoes, Street Life, Let It Rock, Zigzag, Black Music; but it had fermented in the undergrounds — Oz, IT, Frendz, Ink — and a significant alt/free/listings press including Time Out, City Limits, the anti-racist agit-prop paper Temporary Hoarding, and the redoubtable feminist magazine Spare Rib. As well, from the mid-70s, there was a burgeoning underfelt of fanzines, notably Nick Kimberley and Penny Reel’s legendary reggae zine Pressure Drop, plus Bam Balam, Sniffin’ Glue, Ripped and Torn, London’s Burning, London’s Outrage, Out There, and many many more.

(If you’ve forgotten all about the conference, apologies, and details here: https://marksinker.co.uk/birkbeck_under_over.html)