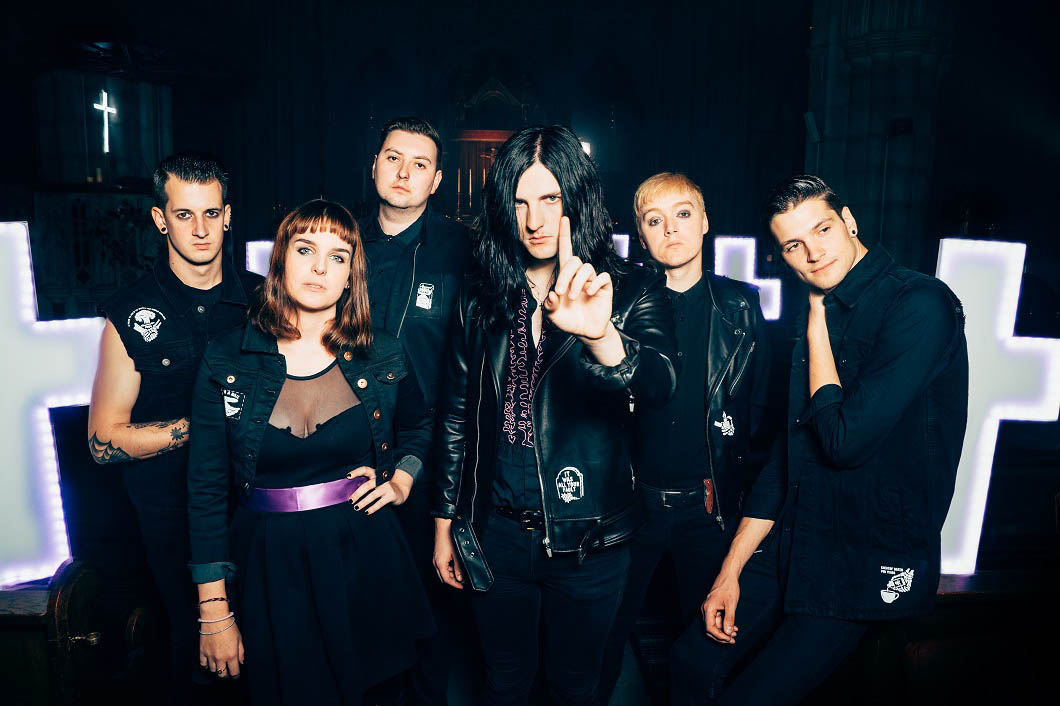 Creeper: Eternity, In Your Arms 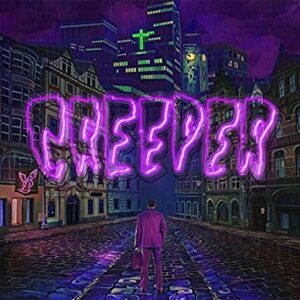 Having mastered a sharp and engaging way of including fans into their world, Creeper has immersed followers in a thrillingly clandestine spooky world of spectres, missing people and love not only lost but also unrequited, pursued and not of this world. A story arch running since the release of the band’s second EP, The Callous Heart, in September 2015 then introducing us to the ever-young gang at the centre of a spider’s web of mystery. Followed by The Stranger EP five months later presenting an apparition of the same name and a further dimension to the intrigue.

The narrative and build-up firmly establishing the band’s love of theatrics and fan base inclusion as they’ve continued to bring more characters and material to the tale; along the way announcing single drops, tour dates and of an ambitious debut concept album. Creeper familiarised us with their album Eternity, In Your Arms’ landscape in advance by imparting us with several insights, which have heightened the already high level of anticipation for their album. Can Eternity, In Your Arms match or even transcend this expectancy?

Opening track Black Rain resonances with classic rock n roll bombast together with a sleekness that highlights a darker, edgier tone. The calm before the storm spoken lead-in builds tension that the band shatters. Discarding moderation, drummer Dan Bratton, bassist Sean Scott and guitarists Ian Miles and Oliver Burdett, enter like heavyweights while Will Gould delivering a barely restrained vocal full of heartbreak and anger. The eulogy of a chorus with Hannah Greenwood’s keys and vocals creates further contrasts in a song with many shadows.

Amplifying the hardness to bursting point, Poison Pens growls into existence, an enthralling blend of old school hardcore and symphonic melody it packs a lot in less than three minutes. Like fireworks, it discharges at speed and when erupting, disperses white hot sparks of heat that travel slowly down to earth, saving a final detonation to close. One of the strongest tracks on the album it harks back to band member’s previous musical incarnations this time with added symphony and drama.

The brute force of Poison Pens makes way for the kitschy grandiosity of Suzanne. Sizzling with youthful angst and defiance, fun it is – frivolous it isn’t. Containing a Creeper favourite, a deliciously executed middle eight and Gould wielding some appealing melisma on the declared garden hardware it dares you not to throw some moves. The big guitar riffs, anthemic rebel yells even a breathy dramatic pause and several more musical nods to a cornucopia of artists such as The Sweet, T-Rex possibly Serge Gainsbourg. Although considerably less Don McLean this version containing a lyrical change from the instant gratification track released in October 2016. Nevertheless, Suzanne delivers plenty of Creeper’s very own musical character and ardent lyrical strikes to accept the previous deference to The Don.

Hiding With Boys’ starting riff thrusts and slightly falters vibrating like an old buzzsaw that’s not long for this world, building to some richly formed power rock. Wearing its tragic fragmented heart as a badge of honour, Hiding With Boys, openly radiates a real sense of loss and desperation. Greenwood’s vocals proving further tonal dimensions and adding a haunting quality to the track. Whilst Bratton mixes a rhythm of muscular marching precision with dynamic crescendos and decrescendos to provide a dramatic energy throughout. Including what has arguably become something of a Creeper signature song from their third EP could seem as filler. However, Misery remains as intense in its pain and graceful in its despair as on first listen. Misery’s inclusion serves several functions; reinforcing the band’s perfectionist values as well as substantiating the flow of time within the album’s narrative from the EP’s to the album.

Progressing we arrive at Down Below its seventies neon-lit sing-along lyrics and refrain are echoed by a multitude of background voices replete with mean-nothing oh’s. Without warning, you’re on the flip side of sentiment an anguished lament, a late-night release of bottled-up emotion filled with warnings of impending torment. Down Below is guaranteed to have everyone breathless and husky as they sing intensely in unison.

Like an old box in an attic unopened, untouched filled with the past its painful emotions, lost souls and unresolved resentments. A physical reminder of a past that manages to haunt your days with foreboding feelings simply from the knowledge of its existence is how Room 309 feels “They tell me purgatory’s such a pretty place” Gould states. Speedy hardcore punk rock makes up much of the track slowly dissolving into an acoustic led duet from Gould and Greenwood their voices complimentary but disquietingly despairing.

Room 308 flows into Crickets where Greenwood takes the vocals the band’s punk rock aesthetics are serenely cross-hatched with a dark contemporary country provided by atmospheric moody guitar. Think Those Poor Bastards and Rachel Brooke with the blues turned down and an intensified sweetness of tone that tickles your listening senses and crushes your heart. Crickets manages to invokes darkness, heat and expanse while dealing with claustrophobic and overwhelmingly emotions; a lone struggle between resentment and love “My love is a nail I can’t pull out with pliers” Greenwood affirms with disillusioned resignation.

Brightness and speed return with, Darling tearing in flaunting its youthful stamina and exuberant guitar just translucent enough to allow the introspection lyricism to make its point. Gould’s vocal styling immediately bringing to mind Mark Keds or maybe any number of late 80’s creators of exuberant and emotional alternative punk rock that soundtrack our anxieties. Winona Forever follows and like Darling has immediate accessibility. Brimming over with a kind of majestic joyfulness. Bratton providing a gleeful rhythmic pulse that allows the power parts to soar while the chorus creates an addictive need to join in. Although very immediately gratifying, Winona Forever also presents numerous additional qualities with each play becoming oh so much more than at first it seems to be.

No theatrical production should be deprived of extravagance and for Eternity’s finale Creeper channel their very best Jim Stennian. Soaring background and vocals, I Choose to Live is surprisingly well measured yet still impassioned power ballad. It might be the least innovative track on the album but it’s a heart bursting tribute to the positivity derived from music, one’s own strength and yes quite possibly even love. “Some days I feel like crying and I know you feel that too, But life don’t seem so dark when I sing with you”. Live, you just know this is going to have an audience sobbing.

Eternity In Your Arms has elegantly stacked harmonies alongside lyrical articulation and emotion-stimulating theatrics which gift new significance with multiple listens. A debut that could easy have been weighed down with too much baggage and felt overly laboured Eternity, In Your Arms escapes being over produced, arriving feeling immediate and passionate with a captivating nervous energy that goes far beyond the emospective boundaries many expected.

What Creeper create next is unknown, limitless and (anticipation wise) thrilling: while we wait there is a mystery to solve, James Scythe still needs locating and we’ve a genuinely incredible album to escape into.

Creeper’s UK Tour beings this week in Manchester and then continues as follows:

For ticket availability and further information via the links of their website or by contacting the venue for more options. For the Banquet Records date please click here

Eternity, In Your Arms (Roadrunner Records UK) is available to pre-order on LP, CD from here ~ Album download pre-order is available from iTunes and from most usual retailers.

Creeper will be signings copies of their debut album at select HMV stores: see below for a list of participating stores. An exclusive limited edition purple cassette will be available through HMV stores taking part and you can pre-order from any of the listed stores, while stocks last.

All signings start at 5pm and pre-ordered items can be collated after the event if you are unable to attend. For further information go to HMV online or ask in-store.