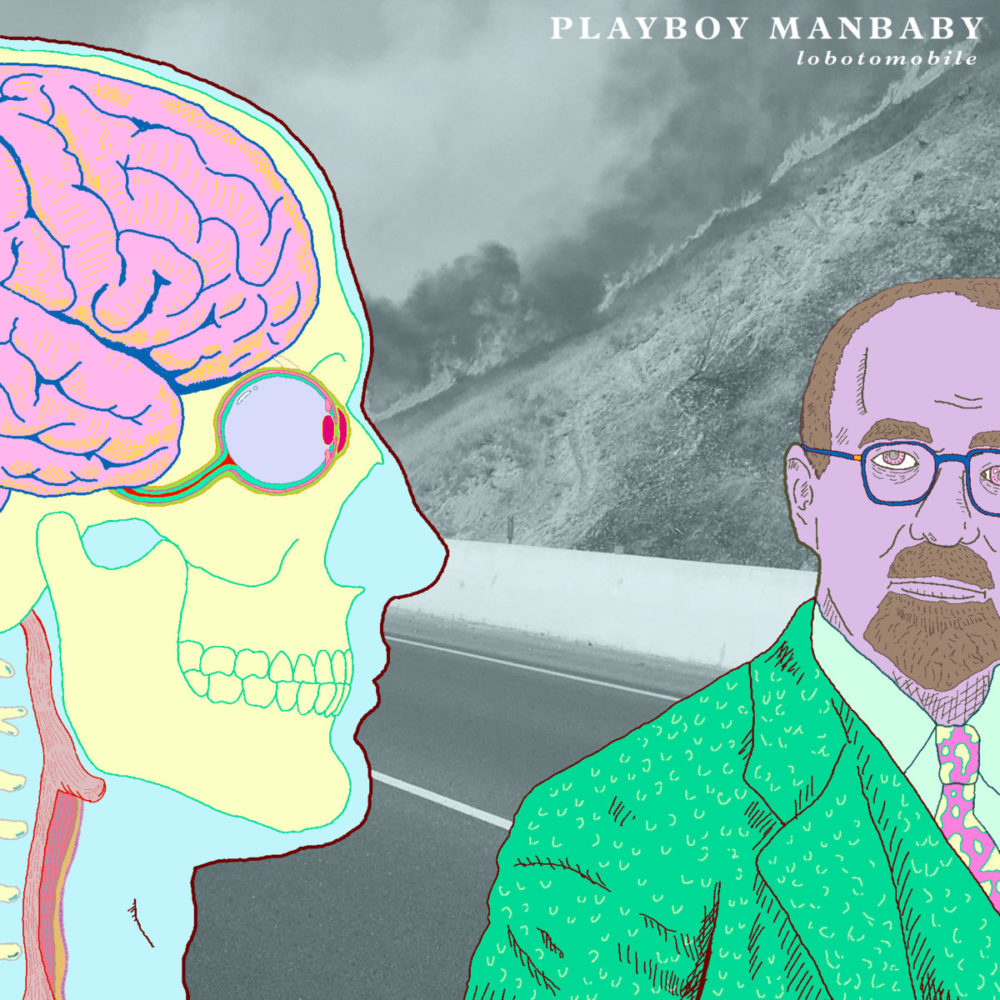 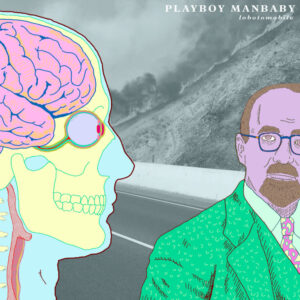 Arizona’s gonzo-punk sextet return with a follow-up to last year’s zeitgeist album Don’t Let It Be and continue with their sarcastic eye gazing over the state of the world.

On Playboy Manbaby’s last album they perfectly encapsulated the craziness of the world on the cusp of the chaos of having a real-life manchild as a leader of the free world, along with the mundanities and absurdities of modern living. It struck a perfect balance between biting criticism and sardonic tongue-in-cheek observations. Following it up a year later, the dust of their home country still being kicked up rather than settling, was always going to be difficult, but a quick glance at the song titles immediately screams that the topics of last year’s Don’t Let It Be are certainly the order of the day on Lobotomobile.

Starting off with The Bottom Line, there’s almost a Pavement-like, lo-fi slacker feel which begs the question as to whether the band have taken a left turn from their previous taut and spikey rhythms, but this is quickly dispelled as, after this meandering intro, they launch into the wild-eyed gonzo-punk that they’re becoming more and more well-known for. College Is A Scam juts and jolts under their trademark spitting vocals before Strange Plastic Surgery crashes in with a more Dead Kennedy’s on cheap speed punk-o-rama. Casting an eye over the pyramid scheme of the American Dream, it’s glorious in its sarcastic takedown of the artificial progression through society.

It’s not all 100 miles an hour speedpunk though, almost not anyway. Thoughts & Prayers’ verses drop down in a slower slinking tempo which allows the bitingly critical lyrics to really hit home, but they’re only the calm before the storm of the choruses that kick up an anarchic racket as they rocket along faster and faster. Company Man spirits along in the vein of The Rakes lamenting the clock-punching, yes-man daily grind, before The Fun jets in and manages to cram three or four distinct styles in its one minute eighteen seconds. Speedcore, new wave and a jazzy interlude vie for space. It’s chaotic and, as the title suggests, pure fun. Anhedonia proves to be perhaps the most radio-friendly track on the album, recalling noughties new wave punk. While the song still careers along at a pace, its slightly slower groove allows the vocals to come through more, above all on the lighter-in-the-air-style breakdown that drops in before they rollick away to close the song.

Populist Politics is an almost circus show tune that clearly aims a missive at the current orange bovine buffoon sitting in the Oval Office. Macroaggression brings back their Oingo-Boingo bounce, guitars spitting raggedly over a pumping bassline before they close off the album with Don’t Be An Asshole, a 90s punk throwback that could have been one of early-Epitaph Records hits. It’s a fantastic finish to the album. After spending ten tracks savagely cutting down the ills of society through their acerbic and mordant lyrics, they fall across the finish line with a gutteral scream that “It’s really not that hard to be an asshole!” True.

On Lobotomobile, Playboy Manbaby have continued with the blueprint they have drawn up over the last six years, and while the album doesn’t quite hit the heights of their last album (a feat which was near-impossible) it’s a fantastic record to get you riled up and ready to dive into the pit. Once again, step into their minds and they’ll cast a cracked looking glass over your world.

You can find more information on the Playboy Manbaby  Bandcamp page here: