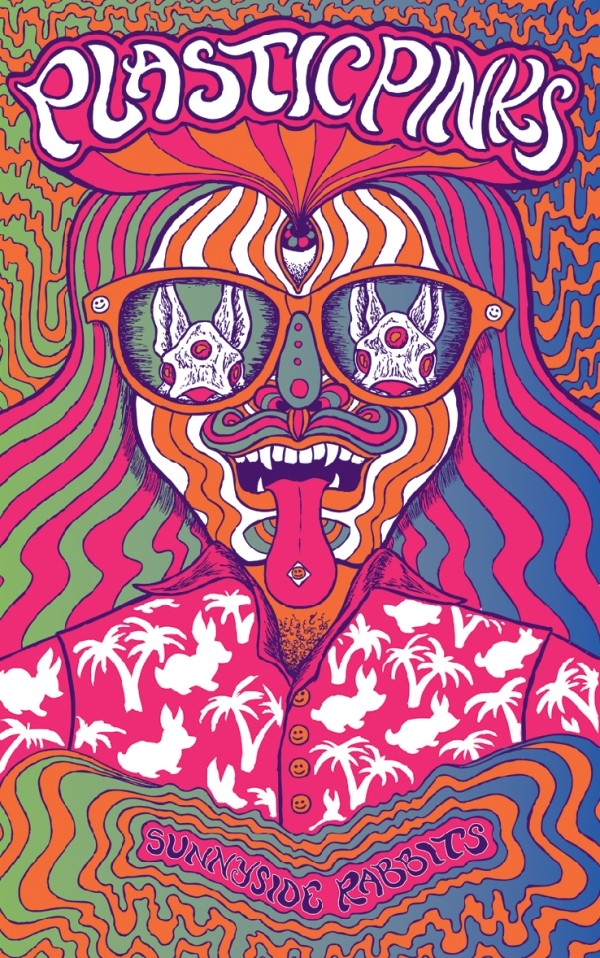 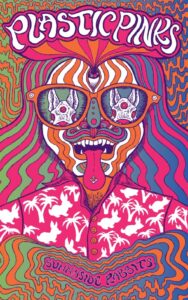 Plastic Pinks is one of the busiest and most focused bands I know. They wrapped up a 3 month tour earlier this year (including some high profile shows sharing a bill with The Black Lips, La Luz, and Thee Oh Sees), knocked out a string of high quality releases on notable indie labels (a cassette EP on Burger subsidiary Wiener Records, 7″ single on Die Slaughterhaus and debut album on Burger), and so far show no signs of slowing down or losing steam.

Sunnyside Rabbits was produced and recorded by Puerto Rican garage rock legend and party god AJ Davila of Davila 666 and follows in his warm, boozy footsteps. Plastic Pinks definitely have a taste for a good time, and Sunnyside Rabbits is a rambunctious rock ‘n’ roll celebration, but there is also a deep underlying wisdom and appreciation for life and friendship within its songs. Plastic Pinks deliver a raw, high energy blowout but at the same time they are a bit glossier and have a little extra flair than your average garage rock five piece (beyond their amazingly garish clothes that look like magic mushroom inspired thrift-store finds). The album cover art, by Nathaniel Deas of Bourbon Sunday, perfectly captures the band’s creative identity with its bright, beachy colors and swirling psychedelic typography.

It opens with “1965” which drifts amiably like a hazy weed inhalation before things really take hold with the catchy, melodic chant of “Yo La Vi” and its layered barrage of brassy guitar. The riotous yelps and ad-libbed “wooo-oooh”s bring a cool, spontaneous party atmosphere to “Sleepwalking Macadamia”, while “Toe Trippin'” has rock ‘n’ roll attitude of eye-popping intensity. “Rock Out!” is pretty self-explanatory, with a great intro taking cues from “Planet Claire” era B-52s (another one of the world’s greatest party bands). The spacey wave of “Ella Mi Mira” features guest backing vocals from artist Mimi Starr (who also designed the band’s Fui 7″ sleeve), and AJ Davila himself sings on the contemplative, twinkly ballad “Fiel A Mi”.

The story of Plastic Pinks is already an exhilarating and refreshing one this early on in their careers, about rising stars chasing their dreams without losing sight of personal integrity or fun. Aspiring bands and passionate music fans take note.