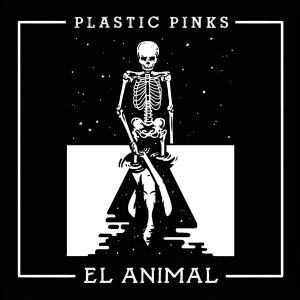 Miami’s Plastic Pinks continue to gain momentum with their latest and biggest sounding release to date, the El Animal EP.

Louder Than War has been following Plastic Pinks since their tour with frequent collaborator AJ Davila in 2014, and the band is living proof that going after what you want pays its dues. They are consistently booked for high caliber shows and festivals, regularly playing alongside garage rock gods Ty Segall, Thee Oh Sees, The King Khan & BBQ Show, and Black Lips, their new EP is mixed by Gordon Raphael of The Strokes and Regina Spektor fame, and Iggy Pop recently spun “66 Sexta” on his weekly Friday night slot on BBC Radio 6 Music, Iggy Confidential.

Lineup changes have brought a new, different energy to the band, and El Animal captures a broader and denser atmosphere which elevates their songs without overburdening them. Plastic Pinks have kept it in the family though, and the fresh recruits are all long-term friends, so perhaps that bond accounts for the seemingly effortless natural evolution of their style. Currently Plastic Pinks is June Summer on vocals, Augie Pink on rhythm guitar/backing vocals, Rod Woolf (also of Veiny Hands) on lead guitar/backing vocals, Dane Giordano on bass/backing vocals, and Trevor Mustoe on drums/backing vocals. 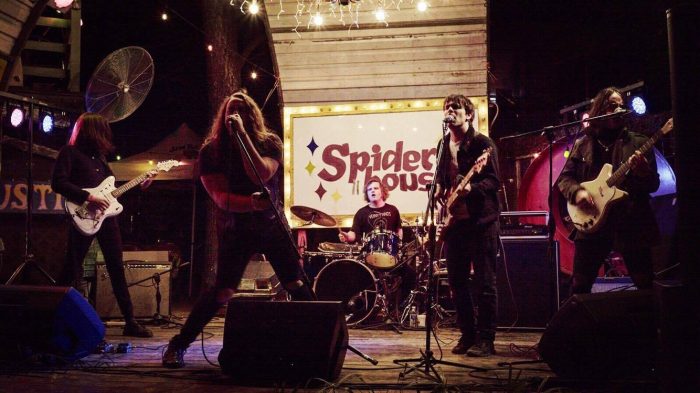 June Summer sums up his experience of the new recording: “For this album we wanted to make sure to not limit ourselves and just do what felt right. We wanted to explore and expand our sound. We had gone through some complications and had to step out of the stage for a while so we made sure to come back with a vengeance. As for Gordon Raphael, we didn’t know what to expect. But the process was great. He heard our songs and then after communicating the main ideas he would just do his thing and what would come back to us was sounding powerful. He gave the songs the push they needed. He did a great job mixing our two singles (“My Frenzy State” and “At World’s End”). Working with him was great and it boosted morale for sure. We were already on an adrenaline high and having the chance to work with him just made it that much stronger.”

“66 Sexta” strikes first, a ripper full of raw guitar fuzz that says ‘We’re back, and better than ever.’ Lead single “My Frenzy State” is similarly gassed-up and high geared but with a gleeful falsetto party chorus, like Motörhead at the beach.

The following final tracks are also built on a noodling psych rock groove, layered with revved-up blusters of guitar shred and catchy vocal extemporizing. Closer “El Animal” is a twangy sun-bleached toe-tapper which shows off the band’s Latin roots and their more confident dynamic; they can go red-hot and heavy but they can also linger on a melody with slow, deliberate master strokes. With their unyielding dedication and commitment to their craft, Plastic Pinks continue to get bigger and bolder, and it’ll be exciting to see how they will develop even further from here.

Catch them at Churchill’s on April 19th with Froth, or at Festival Marvin CDMX on May 20th in Mexico City with Television, Black Lips, AJ Davila and many more.

All words by Carrie Quartly, you can read more of her writing on the site here.
Plastic Pinks photo by Day Slug.