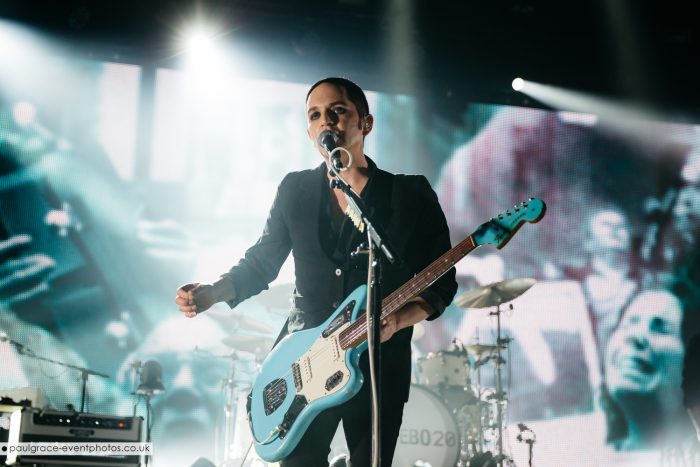 A tour dogged by illness and a show that nearly didn’t happen, Placebo rise to conquer Brixton in the first of their two-night London mini-residency. Paul Grace reported and photographed for Louder Than War.

Celebrating a 20+ year career with the release of a retrospective album and a seemingly endless tour that started last year, Placebo roll into Brixton’s Academy for a two night mini-run.

Following a string of dates scheduled to take place prior to the Brixton shows which were postponed due to vocalist Brian Molko’s voice problems, it felt slightly touch-and-go whether tonight’s gig was actually going to happen. The first of the two-night run is rammed, however, and Placebo’s loyal fans are out in full support, keeping everything crossed that the band makes it to the stage.

At 8.45pm sharp the house lights dip and apprehension is replaced by elation as the crowd, a veritable melting pot of non-binary gender-wotevers, breathe a collective sigh of relief and release a deafening welcome scream, as Stefan Olsdal hits centre stage holding guitar up high in triumphant celebration. Drummer Matt Lunn hammers out the thunderous modular beats of Pure Morning and without any fuss, the tiny androgynous figure of Brian Molko sneaks on stage, his trademark alien baby-doll vocal announces, “A friend in need is a friend indeed, a friend with weed is better…”. The Academy explodes and we’re off to a flying start. 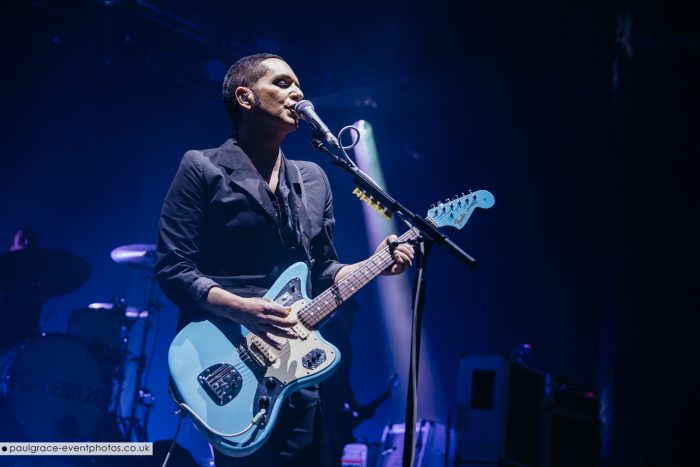 Molko informs us that he completely lost his voice two weeks ago and, although not fully recovered, is grateful to be here and for our patience. Despite obviously lacking his usual vocal range, the band put on an impressive show that lasts over 90 minutes, with each of the 19 songs they perform oozing trademark alt-rock sassiness.

Highlights include Special Needs, with its jangly guitar, gorgeous chorus and warm keys, while Special K gets the Academy singing along in screaming unison. Video clips of David Bowie are spliced across screens during an emotional Without You I’m Nothing, the track which originally featured Bowie on guest vocals. The Bitter End appropriately brings the show to a close, only for the band to swiftly reappear for a two-song encore featuring the tune that gave them their big break back in the ’90s, Nancy Boy.

Molko’s vocal issues aside, the performance is solid and fun, perhaps lacking some of the punch we’ve come to expect of Placebo, but judging by the screams that bounced around the Academy throughout the show, the fans really weren’t bothered.