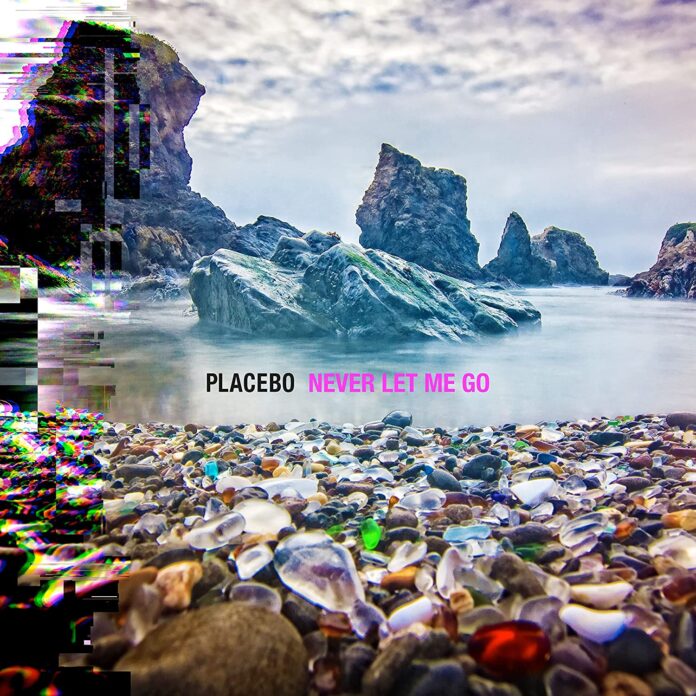 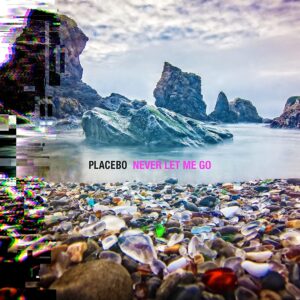 Never Let Me Go, Placebo’s first album in almost a decade, is the most textured, nuanced, and subtle of their 25-year career. It’s also the most emotionally powerful. Nils van der Linden reviews.

Everything’s a matter of perspective. Even as Placebo’s 2016 greatest hits album and accompanying two-year world tour reminded fans of their extensive back catalogue, it reminded the band they’d never been about commercial success or nostalgia.

So the next Placebo album, Never Let Me Go, would be made on their own terms, with a new approach to everything from artwork to recording. They usually picked the album cover last. This time it was first, before a single song had been written. They settled on a tracklist ⁠— you guessed it⁠ — before a single song had been written. Those songs were ultimately constructed in a recording studio and not, as in the past, built up organically during months of jamming. And the lyrics weren’t exactly disposable: they’re all about the pain of a dying world.

The result is the most textured, nuanced, and subtle album of Placebo’s 25-year career. It’s also the most emotionally powerful. Certainly, there’s nothing on Never Let Me Go as raggedly direct as Come Home or bluntly immediate as Nancy Boy, but the 13 new songs hit equally hard in other ways — not just musically; the lyrics deal in suspicion and paranoia, fury and disappointment, anguish and alienation.

That heft is obvious from the off. Beginning with a distorted, discordant harp loop, self-medicating album opener Forever Chemicals soon has Brian Molko delivering lines like “It’s so good when I feel nothing” over a bed of sinister synths and grimey guitars.

Musically even more urgent, and featuring one of the prettiest melodies yet in the Molko-Stefan Olsdal-Placebo repertoire, the stirring Beautiful James champions non-heteronormative relationships. It’s like Erasure on steroids, before the menacing Hugz turns up the intensity. “A hug is just another way of hiding your face,” Molko belts out, later declaring “I don’t want to see myself” over industrial rhythms and detuned guitars.

Happy Birthday In The Sky is, musically, less relentless but lyrically even more heartbreaking. Partly inspired by the death of long-time Placebo champion David Bowie and the associated sense of despair, it also finds Molko putting himself in the shoes of someone who’s lost a loved one to police brutality. The Prodigal offers a flicker of light (“Shout ‘I am alive’,” urges Molko over an Eleanor Rigby-inspired string quartet, quickly snuffed out by the anxious Surrounded By Spies. An album highlight, it effectively deals with issues of surveillance, privacy, and control, each slightly distorted line half-spoken not once but twice over jittery Radiohead-style beats.

The bouncy Try Better Next Time may sound less bleak, but a bright vocal and rousing chorus barely mask its environment crisis themes, with Molko essentially asking: “Shouldn’t Mother Nature just wipe us out and give our planet back to the animals?” Sad White Reggae (with its hints of experimental early ’80s electropop that make way for the familiar Placebo sound of throbbing bassline, driving guitars, and keening vocal), undiluted Twin Demons, and Chemtrails (adding 2020s synths to the classic sonic template) take Never Let Me Go closest to Placebo’s ’90s output.

This Is What You Wanted (piano plus despondency plus the subtlest hints of REM circa Nightswimming) may be the most fragile thing Molko and Olsdal have ever crafted, before the almost equally restrained (but far more unsettling) Went Missing has the almost mumbling narrator plotting his escape from society. It’s the kind of daring, unique, introspective song only a band as daring as Placebo could pull off, but still no match for the album closer.

Rather than a self-improvement guide, Fix Yourself is an instruction to the media (social and otherwise) trying to tell people what to think and how to live. Over a jangly Cure six-string bassline and quietly shuffling groove, Molko wearily drawls “Go fuck yourself, Don’t tell me how to feel, I am bored of your Caucasian Jesus” before settling on a refrain of “Go fix yourself, instead of someone else.” Neither commercial nor nostalgic, but quietly powerful, it’s the perfect conclusion to Never Let Me Go, the first Placebo album in almost a decade and one that perfectly captures the pain of our dying world.