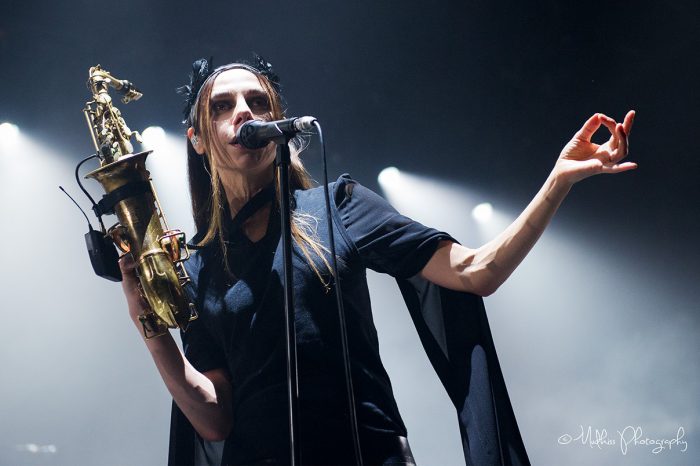 There may be mixed feelings about the Victoria Warehouse as a venue, but that could not take away from the sheer theatrical virtuosity of PJ Harvey’s performance. From the moment the nine piece band solemnly marched onto the stage playing as they went, the mood was set. The feel was deliberately quasi-military; the music solemn and rhythmic.

The Hope Six Demolition Project, her latest album, deals with the horrors of the modern age – war, want, apocalypse and world annihilation. It topped the charts following its release in April. Written following visits to the Middle East and also Washington DC, it was recorded in public at Somerset House as part of an art installation. 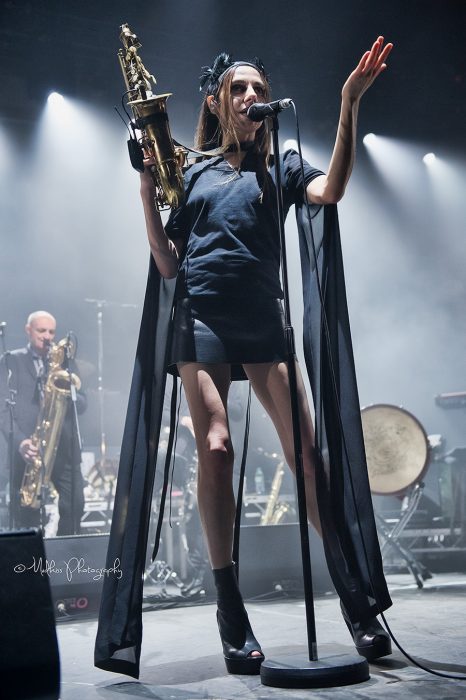 PJ Harvey may be small in stature, but the stage was hers from the first track, Chain of Keys. Her presence is assured and her vocals are awe-inspiring. Dressed in black with long trailing sleeves she cut a commanding figure. Her movements and hand gestures added real passion to the performance.

Saxophone and drum heavy, the music had a tribal resonance. Material from the new album and its predecessor Let England Shake featured in the show. The Ministry of Defence, with its amazing saxophone solo, was outstanding. The controversial Community of Hope fully showed PJ Harvey’s vocal range. The Wheel with its disturbing evocation of child war victims was another highlight. Let England Shake and Words That Maketh Murder both had a stunning intensity. 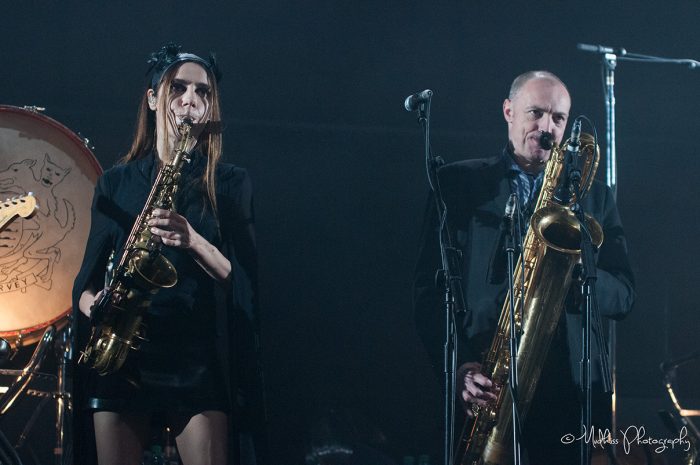 Fans of earlier work were treated to 50ft Queenie, the visceral To Bring You My Love and the two encore tracks Bob Dylan’s Highway 61 and The River. The scope and delivery of the set was magnificent, even if venue problems meant some of the audience struggled to see the performance.

The evening showed how PJ Harvey has developed during her musical career. Rather than harking back to past styles or relying on past successes, she continues on a path of musical innovation. This was an amazing performance from one of the most vital acts the UK has to offer.