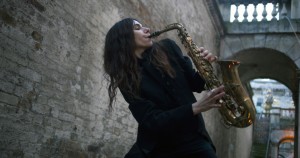 PJ Harvey will return to the Eden Sessions with ASUS to headline a show on Monday June 27.

She is due to release her ninth studio album, The Hope Six Demolition Project, in April. The album was recorded during a month-long residency in London’s Somerset House, where audiences were given the opportunity to see Harvey at work with her band and producers in a purpose-built studio.

Besides music, Harvey is an accomplished sculptor, poet, actor and composer. She was awarded an MBE in 2013 for services to music.

Rita Broe, Eden’s marketing director, said: “PJ Harvey is one of the most vibrant, diverse artists ever to hail from these shores and we’re very excited to be welcoming her back to Eden, 13 years after she played her first magical show here.

“She is known for her continued innovation and it’s going to be a real treat to see her perform material from her new album in our spectacular environment.”

The Eden Sessions has its own free-to-view online TV channel (www.youtube.com/edensessionstv) featuring regularly-updated videos of some of the gigs’ finest shows.

Tickets for the PJ Harvey Eden Session cost £40 plus £5 booking fee and are on sale to members of the Inside Track programme from 2pm today (Tuesday March 1).

Tickets go on general sale on Tuesday March 8 at 4pm at www.edensessions.com.