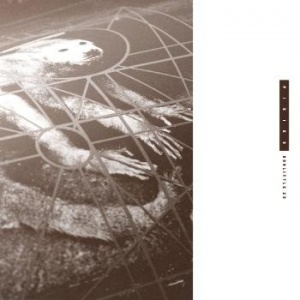 To celebrate its 25th anniversary, Pixies and 4AD have released Pixies: Doolittle 25, an expanded edition of the band’s second album, an undisputed classic. It comes chock full of bonus material, much of which is previously unheard, and Louder Than War’s Simon Tucker has been knee deep in what is, in his opinion, a perfect release.

What strikes you about listening to Doolittle again is the sheer scope of reference points that are hidden in its relatively brief running time. From European Cinema to Old-Testament sex and death tales, all bases are covered. What is even more striking is how venomous, funny, and downright odd it still sounds. Nothing still sounds quite like this album. Maybe it’s because what the Pixies managed to do with Doolittle, even more so than the equally brilliant but sonically different Surfer Rosa, is condense forty years of recorded music into one listening experience. Blues, Surf, Pop, Punk, and Folk music are all in there with the album sounding like the perfect blend of Muddy Waters, The Ramones, Jan and Dean, and Black Sabbath via the Talking Heads. It is the latter which are actually the closet comparison as both made artful, intelligent, pop music whilst retaining their avant-garde instincts.

From the bass rumblings of opener Debaser through to closing notes of Gouge Away we find a band of high intellect not afraid to take risks and at the absolute peak of their powers. Time signatures change at whim, verses can last four lines or even two, there’s no such thing as a grandstanding guitar solo, there’s even a song that utilities whistling to weirdly wonderful affect.  Lyrically the album represents a high watermark in black humor and free-form poetry blending Dylan with Leviticus without once sounding forced. Doolittle is an utterly woozy and unsettling listen (like all great pop music should be) and the fact that the band chose to go with Gil Norton instead of returning to engineering maestro Steve Albini pays off as he adds just to right level of warmer textures (the strings on Monkey Gone To Heaven being a case in point) creating an album that managed to break out of the underground radio into the mainstream in particular here in the UK whilst still retaining its outsider spirit.

With the reissue we are treated two three discs (or two LP’s) which contain the original album, Peel sessions, B-Sides and demos. Outside of the album it is the Peel Sessions that particularly excite as we get the hear the songs in all their riotous glory and without the added production flourishes. Each members vital contribution is highlighted so we hear Kim Deal’s (or Mrs. John Murphy as she was going by then) melodic, sardonic vocals and high in the mix air-tight bass, Joey Santiago’s screaming succinct guitar lines, David Lovering’s rock solid drumming, and Black Francis guttural vocals (the version of Tame taken from 18th October ’88 is especially raw).

Doolittle is, to many of us, the real “Great American Songbook” an album as much an history lesson as it is pure enjoyment. The band never really did manage to repeat the level of quality on display here (apart from the odd single) but with the Come On Pilgrim EP, Surfer Rosa, and Doolittle their legend and influence was firmly secured.