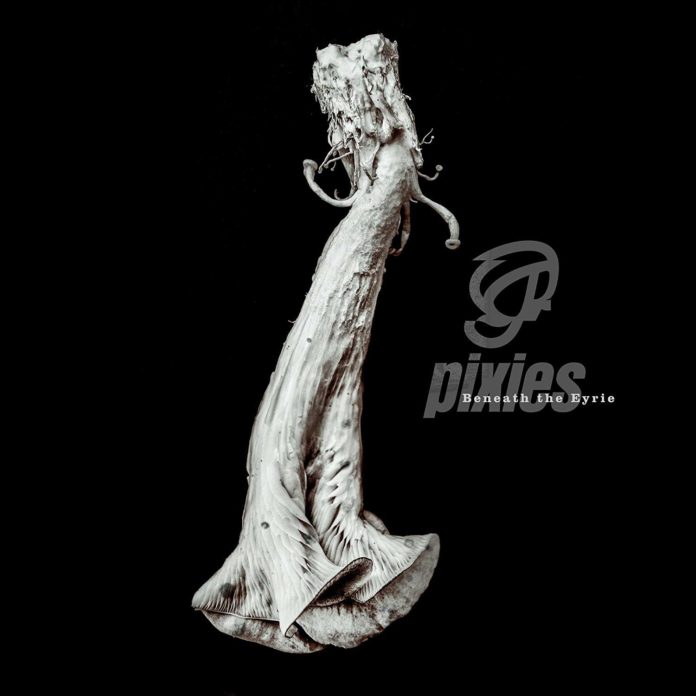 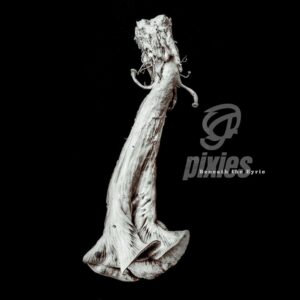 A reincarnated Pixies return with their third album since reforming in 2004. Since Kim Deal left in 2013 there’s been a lot of arguments between the people who fell in love with them when Surfer Rosa exploded onto the scene and spawned shitloads of bands in its wake. Wayne AF Carey is one of them and puts his case forward to the masses…

This is a tough one for me as I’m one of those early fans who was blown away by the intense fury of Surfer Rosa back in 1988, hence going on to start a band of my own on the back of it. Black Francis has gone through many changes since then and has mellowed a lot since back then. However the tunes are still there. OK, Kim Deal was known as the backbone of the band with those trademark cat-purr bass lines and sultry vocals on songs like Gigantic and people say the band aren’t the same without her. I disagree. Joey Santiago and Dave Lovering were and always are an essential part to the Pixies sound. Paz Lenchantin has difficult boots to step into yet fits in nicely with Pixies latest sound. No bad thing I say.

The sound is still Pixies, more mellowed out and haunting in parts due to it being recorded at Dreamland, an old church out in the wilds in New York State, Black describes the whole recording affair as like a Blair Witch moment and you can get that feeling in some of the songs. A concept album of sorts full of themes of witches, werewolves, death and the macabre.

In The Arms Of Mrs Mark Of Cain is a nice opener, a mellow affair all about being content with a cursed relationship and gives off a similar vibe to tracks like Motorway To Roswell, whereas On Graveyard Hill is typical Pixies by numbers, nothing new yet with a psychedelic feel and a nice little story involving a witch called, wait for it, Donna…. Fuckin’ ell…

I’m really loving Catfish Kate with every listen. A proper catchy number which harks back to the Frank Black solo stuff. Again, it’s not groundbreaking yet Black Francis just has that way of dragging you in with his quirky tales. Kate has a fight with a monster catfish and twats it. Don’t mess with her.

This Is My Fate harks back to old stuff, a gothic feel going on. The title derives from a Twilight Zone episode apparently and the tune reminds me a bit of bit of Alabama Song by The Doors, especially knowing it’s about a drunkard high on mandrake root. Joey does a good job on this on!

Ready For Love is the closest they’ll get to a love song and it’s a beautiful number with lovely backing vocals from Paz. Again some great guitars from Joey, Probably a highlight of the album for me. Short and sweet.

Another highlight is Silver Bullet which kicks off proper mellow with the tale of a man condemned wandering the night. It kicks in with a top OK Corral type theme. Proper Pixies fans will love this. Goes back to the days of Bossanova this one. They’ve still got it and the backing vocals from Paz are great.

Long Rider is another up tempo tune which is classic Pixies. Belting chorus and those dynamics they are good at. The only problem I have with this one is it sounds like Francis has been listening to the Ash back catalogue….

Los Surfers Muertos has Paz on lead vocals and again is old school Pixies to a tee. Also a tribute to a friend who died while they were recording. Dark stuff with that trademark Joey and Dave sprinkle.

St Nazaire is the closest you get to those old days of Surfer Rosa and Doolittle. A proper little punk gem with Francis using his trademark growl to great effect. Proper rockabilly moves splashed with that abrasive sound. One of my favourites.

Bird Of Prey is a menacing gothic number and chugs along with a Nick Cave style delivery. Francis admits it’s a divorce song with lyrics like “You stole it when you stole my yesterday” Harking back to the surf rock era, another tune that goes down well a will keep the old fans happy.

Daniel Boone is a proper laid back tune, a pop song of sorts but with that alternative undertone and brings images of rising spirit swirling through the mist. Francis is definitely mellowing out on each album and can still tell a mesmerising story when he feels like it.

Death Horizon is a haunting closer which conjures images of eerie woodlands, death, storytelling with a torch up to your face moment. a magical end that doesn’t drag and another nod to the songwriting prowess of Black Francis.

I’m gonna get people disagreeing with me on this. If you want Surfer Rosa or early stuff you may not get it. My opinion is that it’s a decent all round album. Some dodgy moments here and there, not a classic but if like me you love later Pixies stuff just as much you’ll get it.