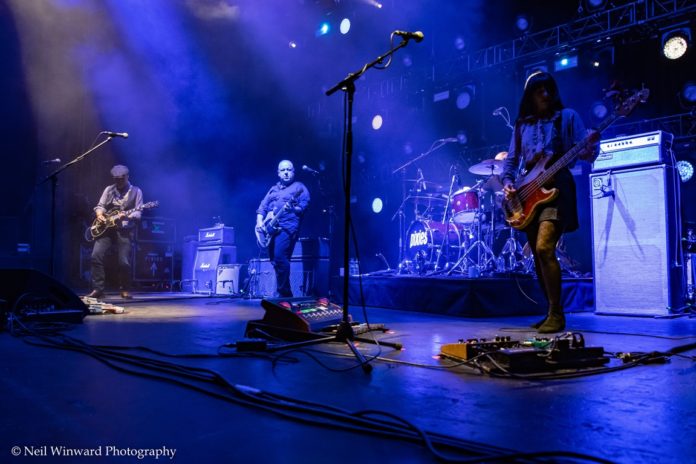 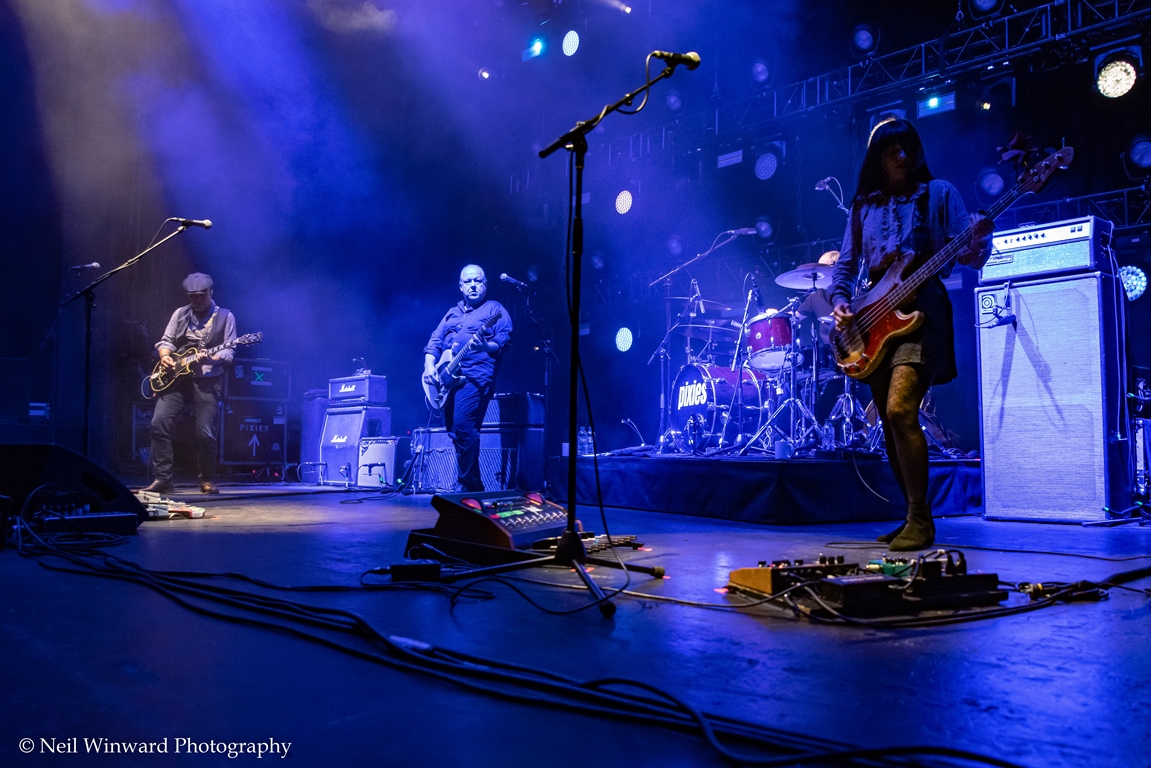 Flashback to 1991: I’m a 21 year old adult (honest…) and me and my mate take a trip to Crystal Palace Bowl to see Pixies for the first time. The stage looks like a UFO. There’s a lake between the audience and the band. Some mad fucker dives in to get on the stage. Kim Deal warns him that he’ll get electrocuted. We were all electrocuted by the intense fury of a young Pixies blasting out a set I’ll never forget…

Fast forward to 2019: I’m dubious whether they can match the strength of their early days, as every cynical Pixies purist thinks without Kim Deal they don’t just cut it anymore. OK, Indie Cindy and Head Carrier weren’t the best of albums you may say and it shows tonight as they don’t air many songs off them. However Paz Lenchantin slots right in with ease.

The 02 Apollo is packed to the rafters and getting to the bar is impossible so a piss up is out of the question. They enter the stage to a heroes welcome and blast straight into Debaser and the air is crackling with excitement. It’s a top drawer set of classics old and new. Banging out the numbers one after the other with no banter in between songs, Fuck me….

Wave Of Mutilation, A massive Planet Of Sound, Crackily Jones is top as fuck, new track St Nazaire slides in like an avalanche. Vamos is fuckin’ huge, Dead just strips the paint off the walls. Jesus & Mary Chain cover Head On sounds as huge as ever and Black Francis can still howl like a banshee. Dave Lovering is fuckin’ ace as usual on that huge drum set up. Joey Santiago is still one of the best guitarists to grace a stage. This is huge stuff.

They may have mellowed out a little on Beneath The Eyrie, but don’t let that fool you. Nimrods Son is punk as fuck and when you get the whole crowd chanting back that immortal line “You are the son of a motherfucker” it’s bordering on crying with emotion. It goes on. I count about 37 songs but correct me if I’m wrong. U-Mass, a brilliant Catfish Kate, Gouge Away, Graveyard Hill, Monkey Gone To Heaven, Velouria, Isla De Encanta, Silver Bullet, Mr Greaves, and more. Paz is excellent on backing vocals and any doubters out there can fuck right outta town. She’s cool as fuck and man she can play that bass as good as Kim. One of the highlights of the night has to be Joey playing with his cap and a mega Where Is My Mind. Oh and a mention to Paz for her amazing  vocals on Winterlong for one of the encores.

Spellbinding. Pixies are still as vital as ever. One of the best gig this year by far.

Photo credits: Neil Winward Photography, Use of these images in any form without permission is illegal.