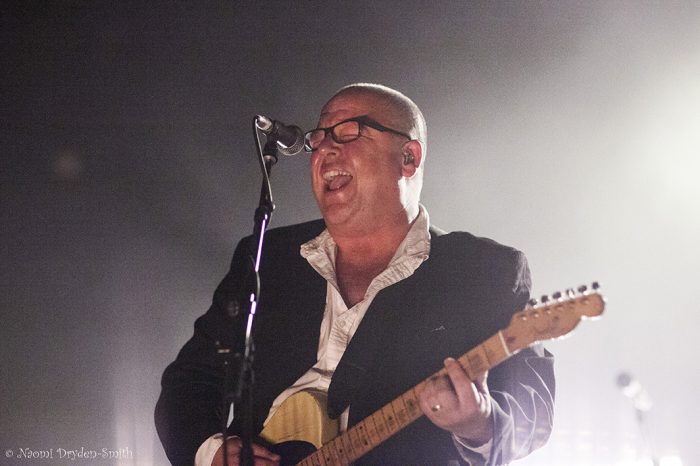 Being the support band for the legendary Pixies, and making enough noise to fill the 02 Brixton Academy is a big ask. Undaunted, this duo from Leamington Spa (not to be confused with Coves the hardcore thrash metal band from Adelaide) seize the opportunity to showcase six songs from their new album Peel in front of an unusually large audience for a support band.  (One can’t help wondering whether the album name belies a subconscious aspiration to the legendary Peel Sessions.)

Their sound is addictive – rich and vibrant and brimming with great influences. They open with Cardavalier, vocalist Beck Wood sounding like a cross between Siouxsie Sioux and Kim Wilde, her luscious vocals gliding easily over John Ridgard’s Bunnymen-esque guitar riffs, until the song reaches a joyous jangling climax. It’s a great start.

I’m Not Here borrows and builds upon the melodic sweetness of The Primitives and more recently Shout Out Louds, whilst Trippin Over Lust brings both Chilli Peppers and Garbage to mind. The band is compulsively watchable, Wood with her graceful and sinewy Nico-like dance moves, twirling with a floaty shirt and tambourine, and Ridgard belting out riffs with everything he’s got, whether sleazy, fuzzy, funky or classic rock. The two are utterly in sync, with constant communication between them. Best song of the set is energetic Stormy, mixing 60s rock psychedelia with smatterings of Jesus And Mary Chain and Temples, juxtaposing vulnerable and bolshie in a Wendy James-style, reminiscent of Darling Buds. The set ends with No Ladder, transporting us back to the sounds of Siouxsie/Velvet Underground fuzzy psychedelia. 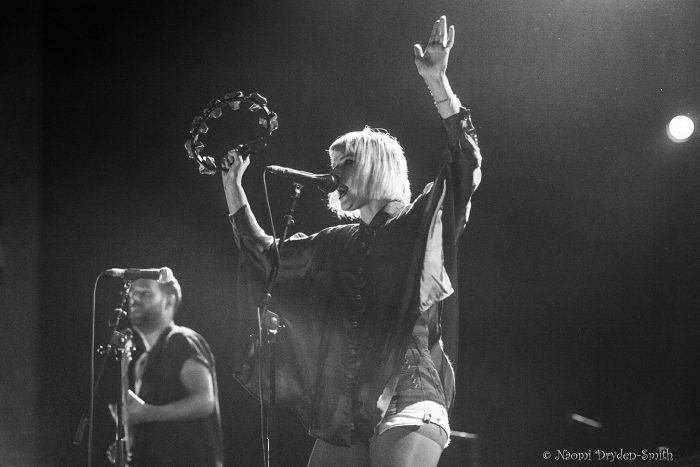 The new tracks are very catchy and there is a definite urge to hear them all again, suggesting that Coves’ second album should raise their profile far higher. They end their set with smiles all round, Wood bounding excitedly across the stage to hug Ridgard, to huge applause from a satisfied crowd.

After around 10 minutes of twitching and cheering by a full-to-bursting Brixton Academy, Pixies hit the stage with Bone Machine at full pelt and don’t let up till they leave the stage 30-odd songs later. There’s barely a minute to breathe. Dressed in an incongruous black suit, Black Francis sets about bombarding the audience with his legendary and unique style of melodic lullaby-v-vocal chord busting screech-rock. Joey Santiago and David Lovering are equally efficient in delivering sharp, tight performances, Lovering driving things with his powerhouse drumming and Santiago intensely focused on producing his unique twisting sinewy guitar riffs that are so central to the Pixies’ sound. The overall approach is slick: zero conversation, no frills, down to business (outfit-appropriate), a wealth of 30 years (on and off) material filling the Academy’s vast space (like it belongs there). If grading a rock show is counted by-fainting fans then this is a five star gig before it’s even half way through. 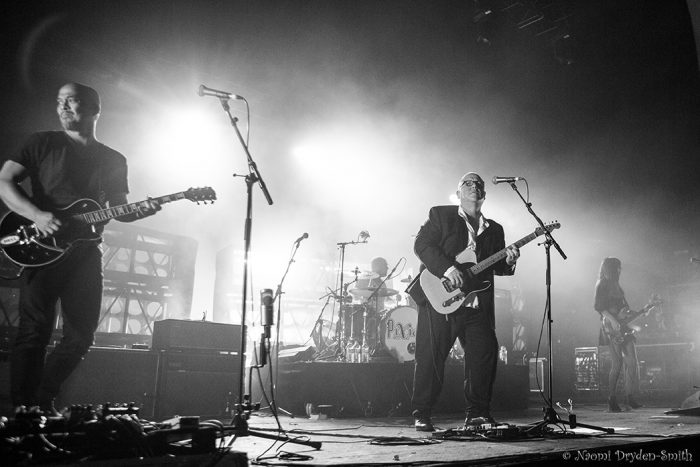 The Academy becomes a seething mass of sweaty bodies screeching their heads off to gloriously grungy old-favourites like Wave of Mutilation, Subbaculture, Velouria, Levitate Me, Isla de Encanta to name but a few. These are punctuated by tracks from more recent album Indie Cindy (though sadly lacking Greens and Blues) and from the new album Head Carrier, due for release in September – Um Chugga Lugga bringing a foot-tapping country Beck-like angle to Pixies’ repertoire, and Baal’s Back at the gut-wrenching-screech end of Black Francis’ range. Debaser has never sounded better – every single person in the place sings along at full volume – and Here Comes Your Man, essentially to Pixies what Lovecats is to the Cure, gets similar treatment. Perhaps as an alternative to fainting, someone throws their bra at the band, later worn by a security guard as a hat.

It’s impossible not to mention the tough job that Paz Lenchantin has in filling Kim Deal’s shoes. Deal’s soft tones and harmonies were a perfect foil for Francis’ at times hectic vocals and she is much missed, particularly in Where Is My Mind, Velouria and Monkey Gone To Heaven. Lenchantin looks good (great vintage-look bass) and fits in, but has yet to stamp her own sound on the songs that Deal so successfully trade marked. Perhaps this will come with the release of as yet unheard All I Think About Now about Kim Deal, which Lenchantin will sing. 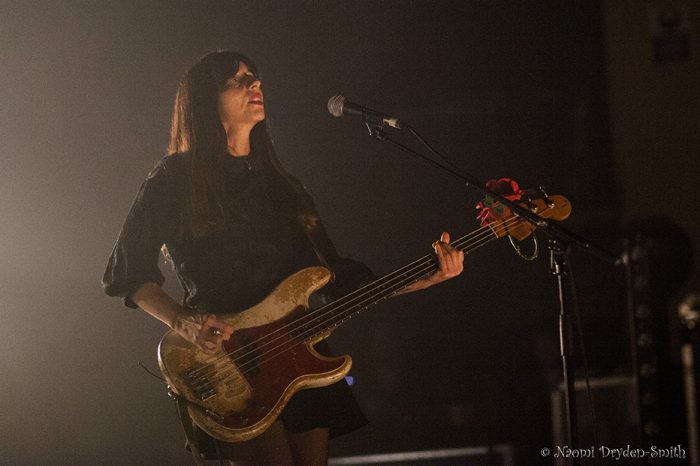 The band doesn’t leave the stage for the traditional encore – instead they come to the front to wave and bow to tumultuous applause, before regrouping to finish with the chaotic grunge-fest that is Planet of Sound. A privilege to see and shoot, a serious tick off the bucket list.