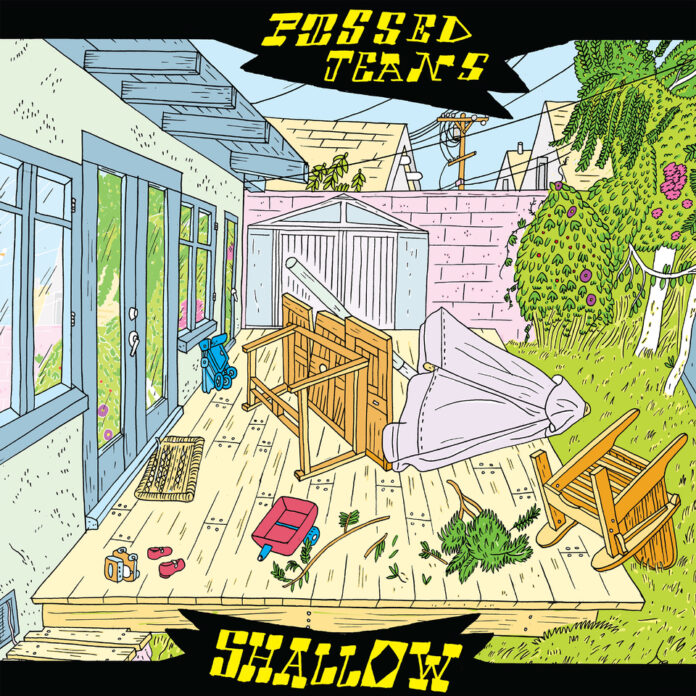 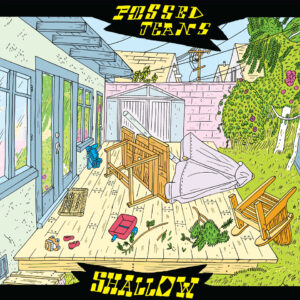 Since their formation in 2004, Pissed Jeans have worked hard to build a name for themselves (a rather disgusting name, granted, but this is punk we’re talking about). Their brand of traditional hardcore noise rock has bought them a loyal following, and this led Fuse TV to name them as one of the must see acts of last year’s South by South West Festival.

The band’s increased popularity has now resulted in this re-release of their 2005 8-track debut record “Shallow”, (along with their standalone first single “Throbbing Organ”, included as a bonus offering here), and it’s nothing if not a noisy affair from start to finish.

Let’s not beat around the bush, there’s no avoiding the fact that this is raw hardcore punk at its purest. Punk Tartare, if you will. Pissed Jeans clearly adore the genre and take their influences from many of the US ’80s acts that helped shape that sound. This record serves as a valentines card to the whole movement and the band clearly make no apology for that.

What perhaps, is more surprising, are the methods they employ to create the madness. “Shallow” is messy and rambunctious to be sure, but it’s also disciplined, and displays an impressive level of musicianship. Songs break when they’re meant to break, and kick back in in the same fashion. Despite the anarchic sound that runs through every track, it’s clear there’s a significant amount of effort put into crafting the songs.

Whilst the band clearly had no interest in adding effects or production gimmicks at this early stage in their career (their  most recent 2013 album “Honeys” hints at a desire to achieve a slightly more involved sound), there are moments where a conscious nod towards building something more sophisticated can be detected. We shouldn’t get carried away, but the subdued 50 second bass intro on “Ugly Twin” demonstrates an appreciation for tension and texture, even if it’s not quite “Papa as a Rolling Stone”.

“Shallow” will no doubt be something of a treat for fans of the band who have been previously unable to get hold of the record (it’s been out of print for years), as well as fans of hardcore punk who consider themselves purists. This isn’t the most accessible album in the world, but it’s not meant to be either. It’s raucous, angry, energetic, and quite a lot of fun (listen to “Boring Girls” for what could be interpreted as “Fight for your Right” with Vyvyan from the The Young Ones on vocals). It’s also fair to say that this is clearly the sound of a band refining their sound, but they make the process interesting to listen to.

It won’t be for everyone, but this album serves as a solid introduction to the band, as well as the wider genre.

All words by Lewis Gilmore. More from Lewis can be found at his Louder Than War Author Archive.