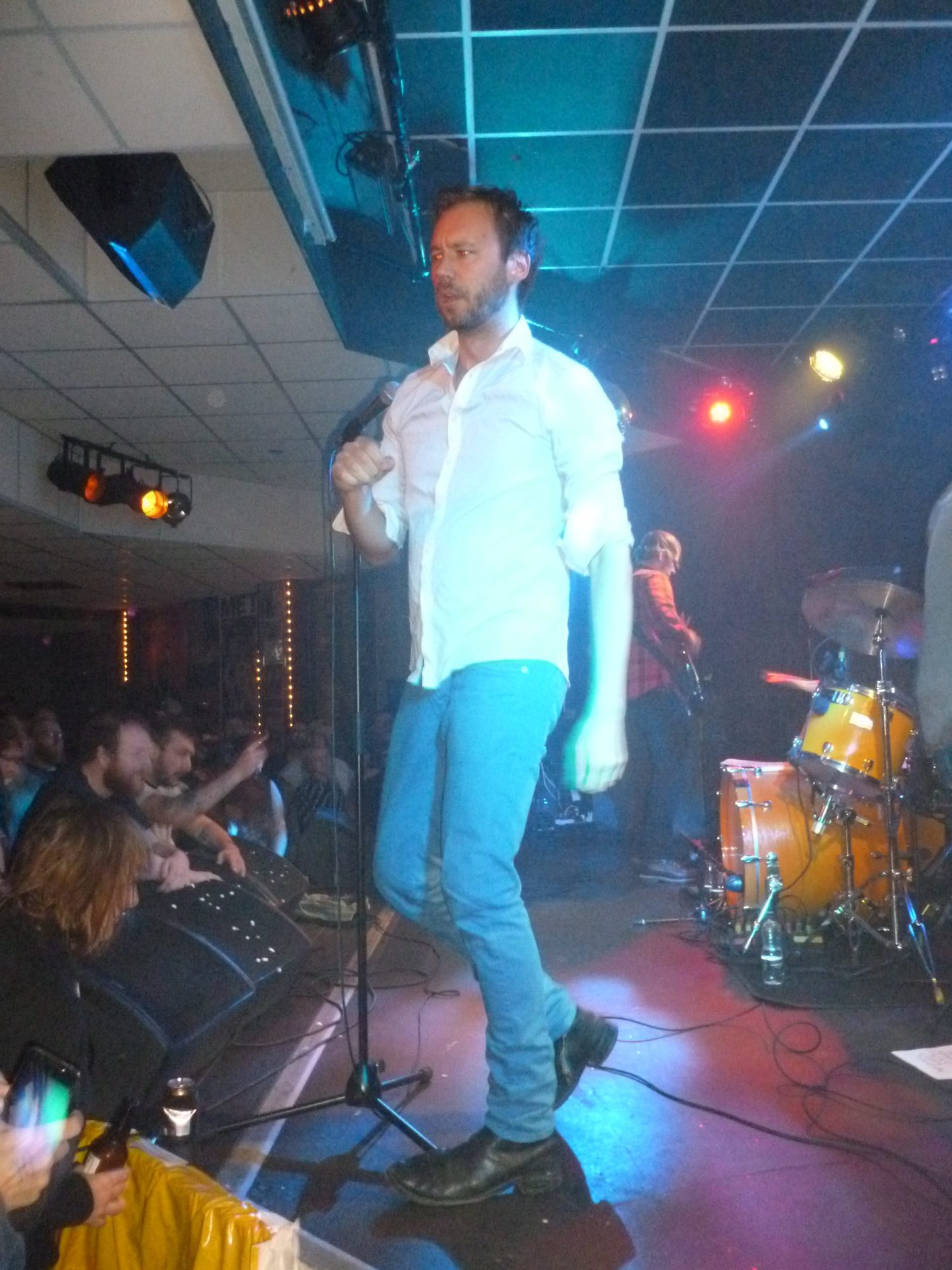 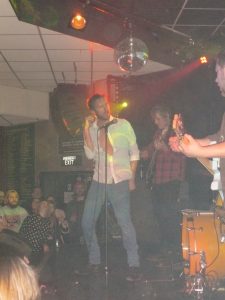 Arriving in the UK with lines like “Those we adore just haven’t spilled their secrets yet” might make it sound like Pissed Jeans have the sort of zeitgeist-skewering power that would seem uncanny if they weren’t American. What is most compelling is a sludge-punk assault, which has usually been perceived as a particularly testosterone driven music, being used as the vehicle for cutting men down at the knees while they are seeing who can piss the highest.

Before a note is struck it was immediately apparent that vocalist Matt Korvette has the front for the job, as he ad-libbed about the “alternative rock” they were competing with to set up. That the early part of the set suffered from what people who know about music call technical difficulties only added an extra level of live chaos. It really took off with a version of The Bar Is Low sounding like AC/DC if their guitars were tuned by Killdozer. I couldn’t help but picture the respective band members in the songs gym work out video, while we were reminded men are so deep in the primordial swamp that not being a serial groper is now giving us an unwarranted feeling of superiority.

Counter-intuitively, it is the songs from the most recent Why Love Now album produced by Lydia Lunch and metals Arthur Rizk that are the most accessible. During Love Without Emotion, which could be the dead-eyed cousin of an eighties gothic chart botherer, Korvette’s theatrical dandruff flicking and refusal to meet a high-five, combine with an angular frame to entertaining effect. A cautionary tale about knowing he had died and gone to hell if he was confronted with one particularly zealous stage diver over and over again was an effective way of getting them to stop.

That abuse and power plays are more often tied to the control centre of work is no surprise, and on a freezing Sunday night Pissed Jeans are perfect for pushing the catharsis dial of the scale. A crushing Have You Ever Been Furniture being delivered by a man in an office job makes “A total loss of being so you can eat hot meals” so much more real than someone in a country mansion arguing for your opportunity to work on the railways. Having something to fall back on might have given Korvette and the rest of the band the freedom to sound how they want, but dealing with the protagonist of the breakneck Worldwide Marine Asset Financial Analyst on a daily basis means that by sharing each other’s pain the Brudenell becomes one particularly vigorous therapy session. That and a group attempt on one serious mouthful of a chorus. 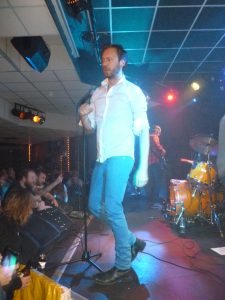 Sometimes incoherence is the most logical response to the weight of the world and a splendid Bathroom Laughter is rattled off before some momentum is sacrificed by numbers which almost seem on the point of collapse. That it doesn’t, may well be testament to a musical understanding that is born of a group dynamic; great to see but not always so good to hear. The likes of Pleasure Race and a couple of others I didn’t recognise or probably never knew, having a drudge like feel which seemed to sound like work in a weird sort of onomatopoeic variant, which is probably the point.

Thankfully, come encore time order is not restored, with a riotous version of Guns N’ Roses It’s So Easy. It allowed guitarist Bradley Fry to out manoeuvre Slash, while Randy Huth did the stationary bassist thing to good effect. Irony may have been involved. Like seasoned pros, the set highlight and ode to futility, False Jesii Part 2, was a wonderfully splenetic way to end. Its “No to everything” defiance conjured up a churlish refusal to start a conga line and a probably for-the-best decision to reject a tight black shirt, which wouldn’t have lasted long on tonight’s evidence.

All this to a musical accompaniment which has a sort of sea-sick swing that most closely resembles the Jesus Lizard – a touchstone often used by lazy journalists. Back in the day, labels like Amphetamine Reptile were devoted to this sort of thing. What already elevates Pissed Jeans is a wit, which when tied to a twisted sort of hook, is really something special and a conviction which means they wouldn’t give a shit what I think anyway. 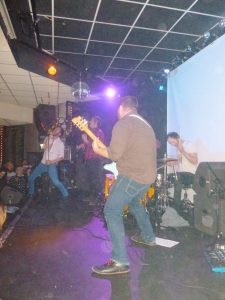 More writing from Steve John can be found at his Louder Than War archive.