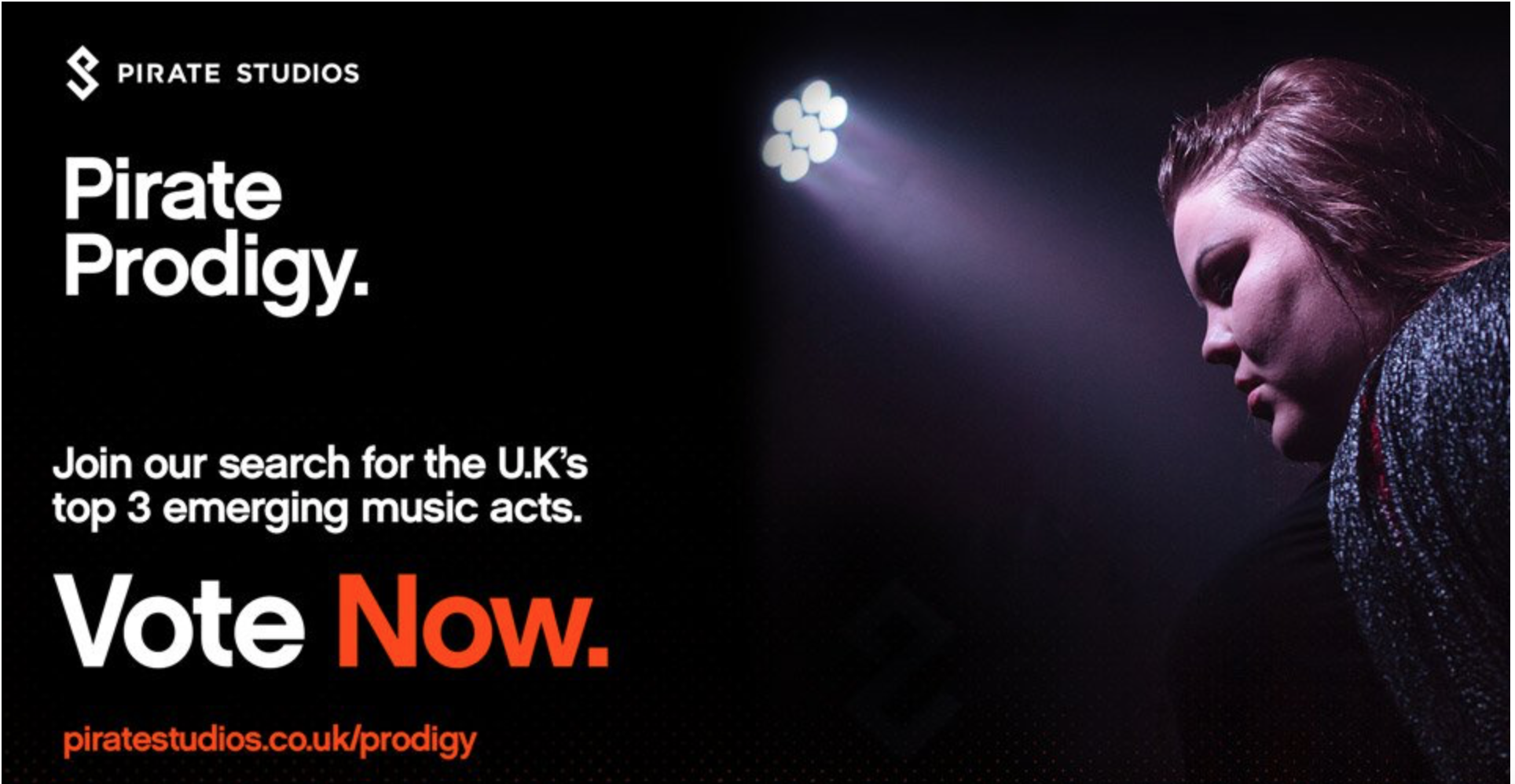 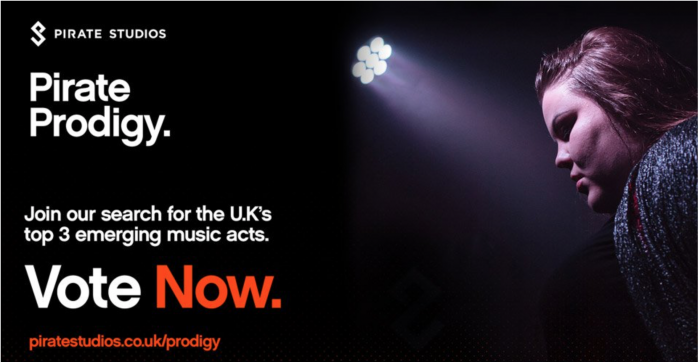 30 of the best acts you’ve never heard of emerge from 2,000 applicants in just 4 weeks.

Music talent development programme giving artists everything they need to break in 2018 is now whittled down to 30, backed by huge list of industry heavyweights.

4 weeks into Pirate Studios ground-breaking Prodigy programme to discover the UK’s top emerging artists, over 2000 acts have applied across England, Scotland, Wales and Ireland.  With the help of their expert industry judges mentors and partners, Pirate Studios will announce their top 30 talented artists that have made it through to the public vote on Monday 9th April (closing 20th April). The finalists, their tracks and the voting page can be found at here.

Unlike some other talent development programmes, Pirate Studios are rightfully looking to give everything back to the artist as part of their continuing ethos of being on the artist’s side.  All rights and ownership of any of the winners’ material produced as a result of the competition or before, will be waived by Pirate Studios as they push the artists through the programme towards success.

An expert panel of industry mentors and judges will support, develop and promote the careers of the three winners. Across the programme, artists will receive one-to-one mentoring and masterclasses that cover every aspect needed to help launch a career from management to publishing, A&R to radio-play, song-writing to PR, festival slots, unlimited free use of Pirate Studios “impressive and innovative rehearsal facilities” (Clash Magazine), studio time with top engineers, free video production, expert branding & marketing advice and more…In short, these artists will be given EVERYTHING they need to take their career to the next level.

Pirate Studios operates 200 studios across 17 UK locations. As the network of studios has grown, a thriving Pirate community of 25000 bands, musicians and DJs has flourished, all utilising an innovative self-service model. In 2018 Pirate will launch another 10 UK locations, as well as move into Germany and the USA.

“We have 25,000+ musicians in our community. A lot are producing amazing music. We find it incredible some of these guys aren’t already household names so we thought it would be awesome if we could be the ones to give them a helping hand.”

“I’m so excited to be a part of this. What Pirate Studios are doing for the music scene is the most supportive/coolest thing I’ve seen in years! Get involved.”
Kate Nash, Brit and NME Award Winner

“It’s refreshing to see genuine opportunities for bands, like Pirate Studios’ Prodigy programme, and time and effort going into young people making good music instead of just wanting to be famous for its own ends. It’s proper, the way it should be.”

‘Pirate Studios are a blessing to bands right now’

“This is the kind of place that’s great … for bands that want to speak to each other and be part of a scene.”
Dave McCabe, The Zutons

The 30 acts that made it through to the public vote:

As well as the above, judges include: