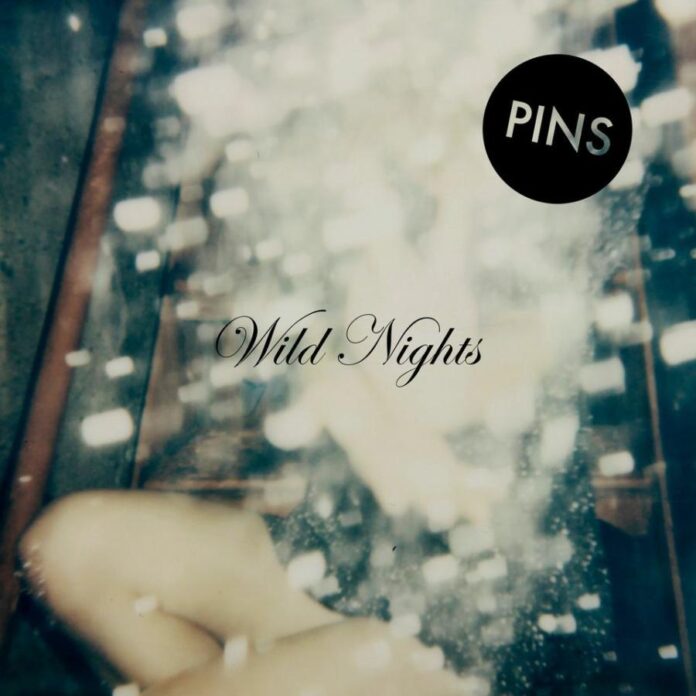 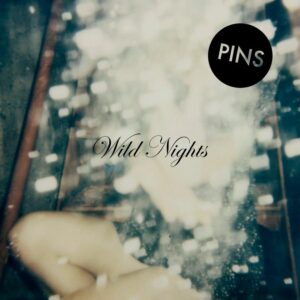 The follow up to the 2013 debut ‘Girls Like Us’ – a release which catapulted this Mancunian outfit into the critical glare; I recall PINS and Savages being compared or lumped together, it’s probably down to them both being four piece all-girl bands, or perhaps as each are unafraid to acknowledge the influence of the Slits, Siouxsie, and the Reid brothers upon their sound; myself I always preferred PINS, Savages seemed just a bit “too cool for school” whereas PINS just seemed to get on with it…

That ethic has continued on into ‘Wild Nights’, the entire album retains that awkward, at times jarring post punk sound, but is impregnated with pop sensibility, opener ‘Baby Bhangs’ is driven by a dirty fuzzed out drone, and lyrics citing “glittered eyes…lacquered lips, snake hips and electric skies and still you die”…PINS are clearly enjoying themselves, evidenced by ‘Young Girls’ the first single to be lifted from the album, a song about being trapped in a boring nameless town, the search for something – anything more; a perfect balance, off kilter guitar and sweet harmonies “I found a cure, I found a cure”…the answer being to “kiss everyone”…those harmonies continue through ‘Curse These Dreams’ whilst Faith Holgate’ vocal is strident without dominating, all around her guitars swirl over a steady drum march, the entire ensemble conjuring up an experimental almost trippy blissed out vibe…’Oh Lord’ reminds you that PINS have not lost their acerbic edge, angular guitars being stretched, drums pound as we build to a collapsing apex.

‘Dazed By You’ is pure albeit distorted pop, tugging a 60’s vibe – the Supremes on Mogadon, all dreamy backing vocals and shoe-gaze jangles, before again exploding into a riotous cacophony – a similar vibe is created on ‘I Got It Bad’ bruised breathy vocals, guitar dripping in reverb – is it fair to recall the heady of days of the Shop Assistants, Faith is literally dribbling the salacious vocal “this is the best I’ve ever had”

What I like about the album is that PINS have concentrated their sound, boiled it down to the essential elements, as such the tracks are more expansive, ‘Too Little Too Late’ the first single is huge, a vast swath of sound underpinned by solid measured drums, angular guitar and again the honey vocals enticing you before the track warps into a feedback drenched rage to match the betrayed love of the lyric “Yeah, you said you said you’re sorry but I’ve heard it all before/ Yeah, you said you’re sorry, but are you sure?”

What PiNS have effortlessly done is defeat the difficult second album hurdle…’Wild Nights’ is less abrasive than the ‘Girls Like Us’ debut, its more about pop – however when pop is this good then don’t be afraid to embrace it.