PINS, who are readying the follow up to 2015’s acclaimed ‘Wild Nights’ – and who last year collaborated with Iggy Pop on single ‘Aggrophobe’ – join a line-up that includes Glasgow post-punk outfit the Ninth Wave, rock’n’rollers Paves as well as others such as New York Tourists and Fruittones.

Closing the night will be Kevin Rowland – legendary vocalist with Dexys (formerly Dexys Midnight Runners) who enjoyed their first top 10 record for 25 years in 2016 – who will be DJing (and singing over) soul, pop and reggae choice cuts.

Taking place at the Holy Trinity Church in Blackburn – abandoned until Confessional took up the site in 2015 – the festival follows a successful, sold-out 2017 event which included performances by Cabbage, She Drew the Gun and Amber Arcades.

Promoter Pete Eastwood of Confessional said “I must admit, after last year I did consider calling it a day as how do we follow that? But I feel Confessional 18 will be even bigger.”

Last year’s festival sold out in advance, and tickets for Confessional 2018 are on sale now for £20 and available via Fatsoma Tickets here. 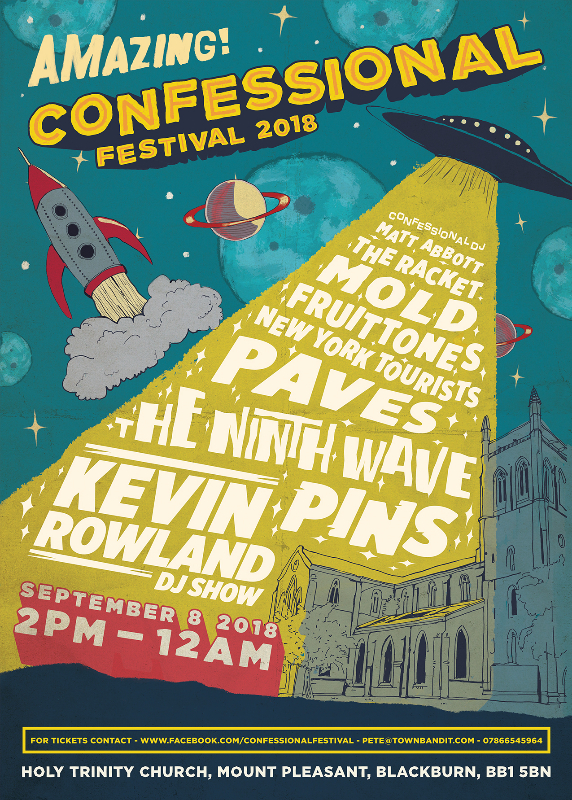