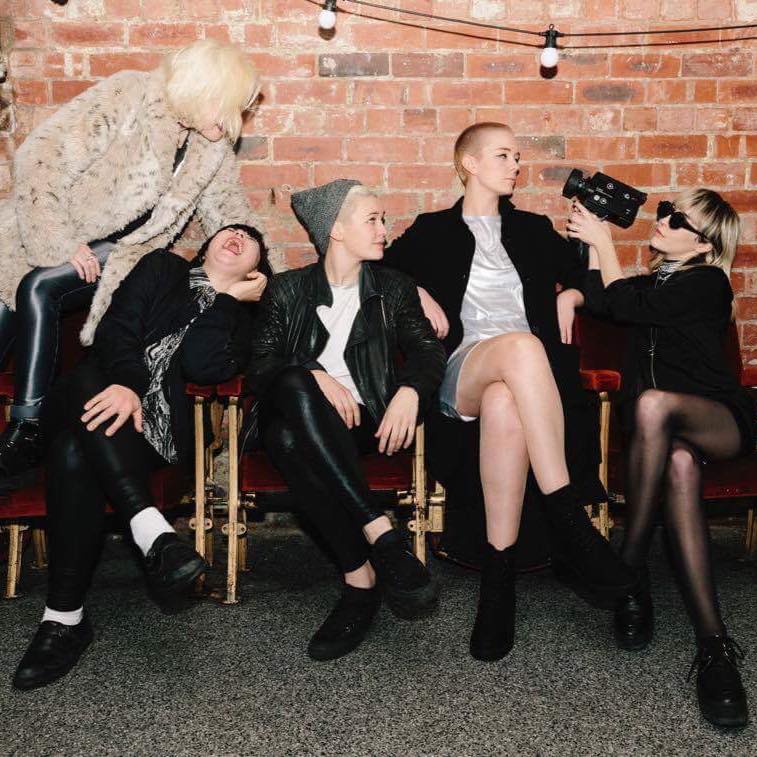 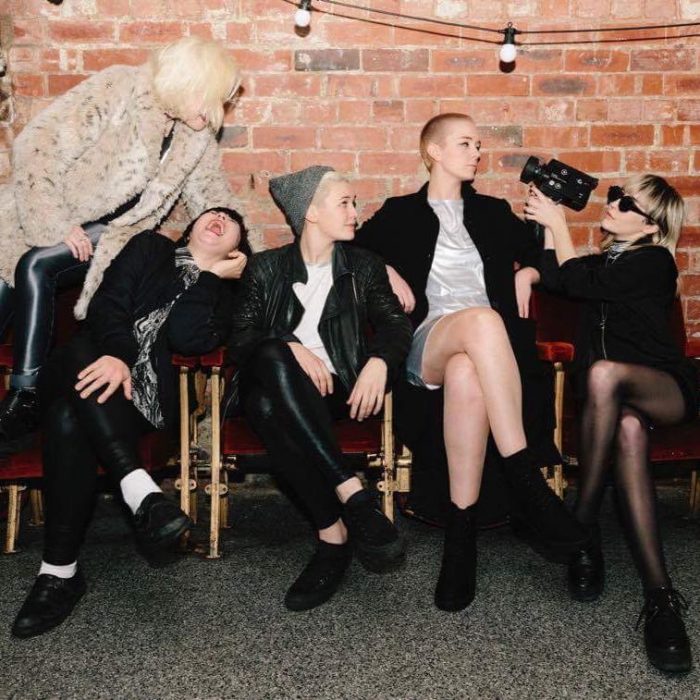 Manchester band PINS have been around for a number of years, but their DIY aesthetic is beginning to pay dividends.

Led by Faith Holgate, the punk rockers are prospering on their own label, have commendable collaborations with Iggy Pop in the bag and are about to set out on the road with fellow grassroots greats The Cribs. Sam Lambeth spoke to Faith to find out more.

If I’m not mistaken, you originally formed PINS as an antidote, and a middle finger, to male-orientated outfits. Back when you formed, were all-girl bands fairly scarce?

It wasn’t quite like that… I tried really hard to join a band, to be the guitar player in someones band, i met up with friends, friends of friends and strangers in an attempt to join a band. I was always left unsatisfied, I wasn’t comfortable with the token girl position. Female musicians in Manchester were scarce, it took almost a year to get the band together.

Following on from that question, do you feel now that there are a lot more all-female groups? Do you feel proud and do you ever feel, whether explicitly or unconsciously, that you helped influence that?

Young girls and women have often come over to me after a PINS show and told me about how they have made a band or picked up a guitar after seeing us do it; it melts my heart. In the male to female band ratio, there is still a massive imbalance but it’s refreshing to see more girls on the stage, for sure.

Your latest EP was a little darker than the ones that preceded it. Were you keen to explore different musical avenues? And are you now keen to produce a full-length album?

We went to Scotland, rented a house, set up a makeshift studio c/o my husband and then proceeded to record what we thought were going to be demos. I don’t know if it was the place, it was really quiet and there was nothing to do, but we were focused and what we intended to be demos ended up being the finished article. In the past we have always tracked in a live room together but with the Bad Thing record we did everything separately and everything meticulously to a click.

How does the songwriting process go in the band? Is it something that you do together, or do you bring songs to the group?

A lot of the time  I write alone, I have some basic equipment in my flat so i can make demos and then send them to the other girls. We have a practice space in Manchester so sometimes we go there and write together.

You release your work on your own label, Haus of PINS. Do you feel in this musical climate it’s easier and simpler to do it yourself? Do you, or will you, sign other bands to the label?

We’ve already released cassette tapes by a bunch of bands including Dream Wife and September Girls. We actually released our first ever single called Shoot You on Haus Of Pins before we had a record deal so we kind of went full circle when we released Bad Thing ourselves. I wouldn’t say that its easier but for us it was about regrouping and getting hold of the reigns again.

For PINS, it seems there is a visual aesthetic as well as a musical one, from your recent music videos to the band’s look, as well as the cheeky EP cover. Do you feel for bands it’s important to invest visually as well as musically?

Yeah, it’s the whole package. We usually think of 100 video ideas before we finished writing the song.

I first saw you when you supported Maximo Park earlier this year, and then went on to see you in London, where you invited a clutch of girls from the audience (including my girlfriend) onto the stage. For me, it was a moment of real unity and happiness, where people felt safe but also part of a movement. Is this something you aim for from your shows?

Obviously a gig should be a safe space. I don’t always invite people up on to the stage, it depends on the show. Being in a band is strange, in any other situation if i had loads of people staring at me, waiting for me to do something i would feel vulnerable but when I’m performing I just feel really powerful, I feel bigger than myself.. I just want other people to feel that, too.