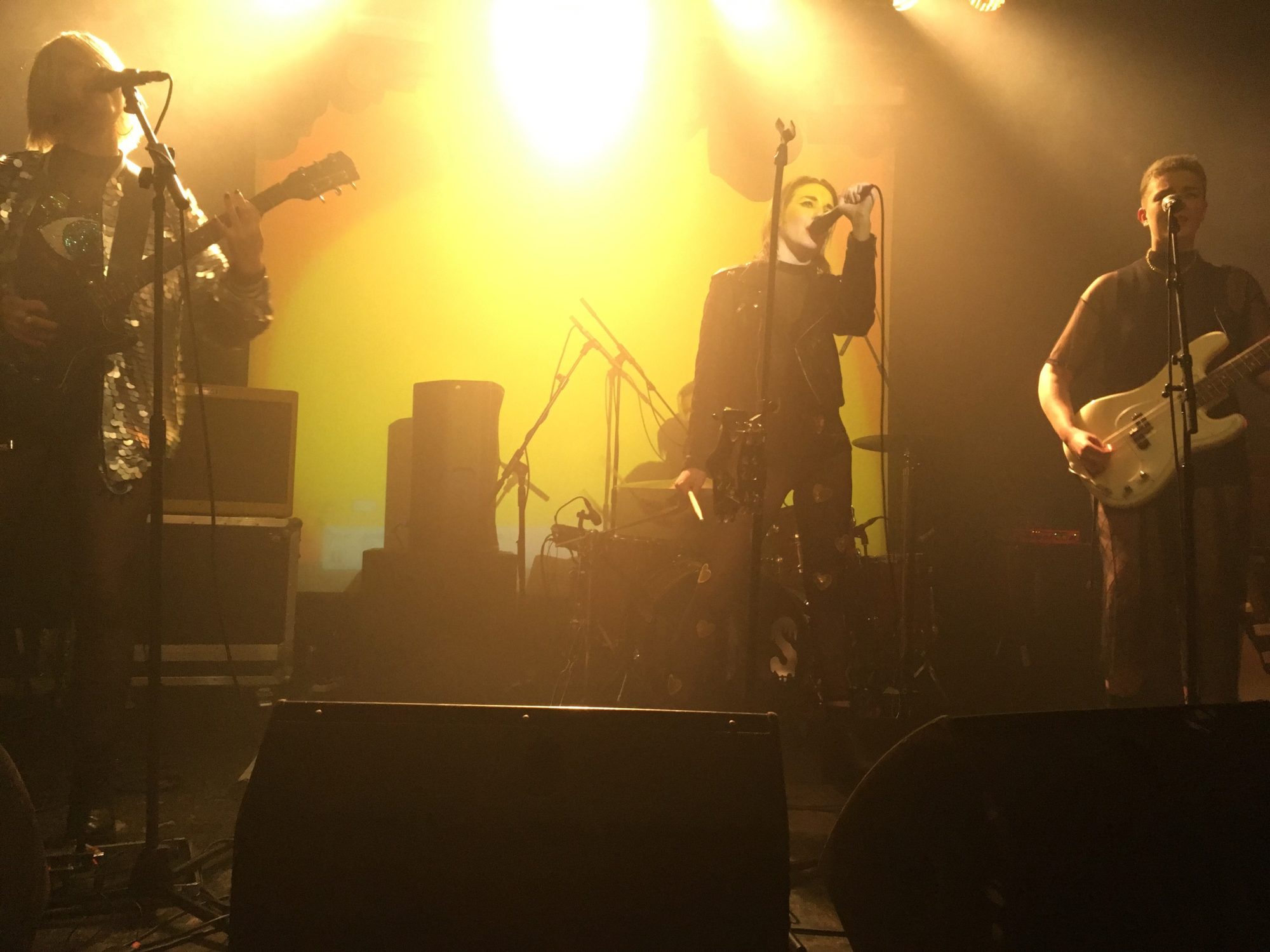 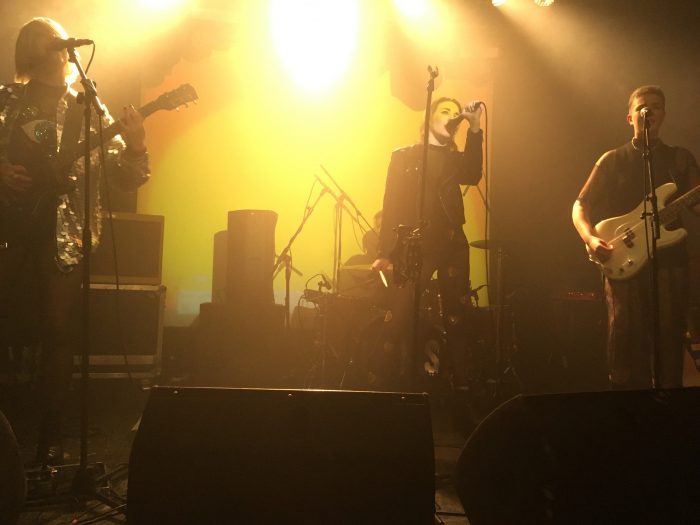 “I’m only here to serve the rich,” spits PINS singer Faith Holgate. If that’s the case, she’s got a London-sized following more than happy to share the burden after a glorious gig at The Garage.

The audience seems confused. Agitated. Broken. It may be because they’ve just endured a torrid half-hour set from frenzied horn-thumpers Nervous Conditions, who take the mantle left by Fat White Family and throw it into a pit of orchestral instruments until it barfs up a bassoon. It’s probably down to the fact that poet Jamie Lee is now experiencing some kind of hysteric coughing fit onstage. Maybe he’s got a bassoon lodged somewhere, too. He spins a depressingly real yarn of working-class pubs, of not so much drowning your sorrows as much as waterboarding them.

These factors aren’t what you’d expect from a gig, and the surprisingly large barrage of middle-aged punters look like they’re wondering whether watching Doctor Foster would have been a better idea. Those who are familiar with PINS, though, know that this is just part of their unconventional prowess.

Since their formation, the Manchester band have prided themselves on being hard to pigeonhole. Musically, they’re not afraid to cover noisy, punk-infused territory (their recent support slot with legendary alt rockers The Breeders is testament to this), but they also have a melodic underbelly that keeps their tracks taut, tight and highly memorable.

As a band, they retain effortless charisma. A former fashion photographer, frontwoman Faith Holgate retains a debonair cool that no pin could pierce, gloriously chic as she absent-mindedly twirls her tambourine and instructs the audience to dance. They, of course, are only too happy to oblige, losing themselves in the fist-pump thrust of Fun Machine’and the wonderfully sleazy Hot Slick. Latest single Serve the Rich is a clear sign of progression, a buzzsaw stomper that gives a succinct two fingers to the establishment while keeping its credibility intact.

They close the set with Aggrophobe, and even though Iggy Pop is not present, the track has plenty of potency. Holgate remains a delightfully aloof, but always engaging, host throughout, and invites a portion of female fans onto the stage for the dance-friendly closer Young Girls. In an era where all-female bands are still surprisingly, and devastatingly, in short supply, PINS continue to fly a fertile, and much-needed, flag.