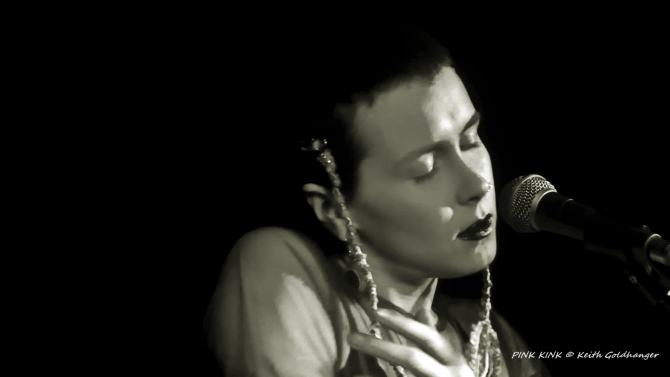 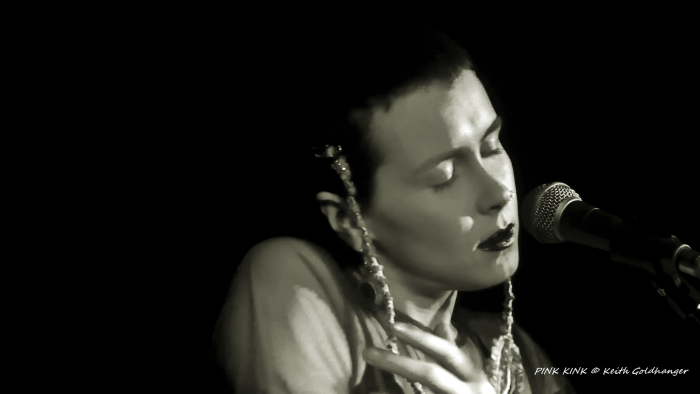 The best things in life are free and Pink Kink are back in East London where you only need a travel card and an ear for great new music in order to keep yourself entertained during these cold winter evenings. Keith Goldhanger reports from The Old Blue Last.

If London was as shit as some people say it is we’d be forking out £25 to get into a place like this in East London on a Friday night and those of us in this pub with our well groomed beards, dungarees and silver scooters outside tonight could justifiably be called a bunch of Shoreditch wankers.

There’s a queue outside the Old Blue Last due to a brisk body search at the door and it’s causing a line of shivering people to become a target for some white van men. It’s the only minor inconvenience as we enter what for some of us is the start of a busy weekend of very decent acts that these men in the van will probably be forking out £25 quid for themselves in a few years time

You can’t beat seeing acts such as this in 80% full pubs on a Friday night (or any other night). If Pink Kink were around in the days of Huggy Bear, Mambo Taxi and Bikini Kill our heads would have exploded and we’d never have reached the stage in our lives where we would venture out in sub zero temperatures (It’s not quite like this of course) just to confirm that what was seen a couple of weeks ago wasn’t caused by over enthusiastic alcohol consumption and the need to still be dancing to the light fandango (or whatever it was going around our heads that evening) well after bedtime.

These two tunes are a good introduction to the sounds of Pink Kink, a five piece who hail from Norway, Canada, Spain Germany and the UK (based in Liverpool) but it’s the live show in it’s current form that needs to be witnessed. Beginning like a rowdy 90’s riot girl band doing the 60’s shouting stuff with surf punk guitars before stopping dead and suddenly morphing into a dreamy, trippy, hypnotic and beautiful electronic shoegaze is enough to grab the attention of anyone expecting a set of songs that all toe the same pop punk line.

The set of diverse tunes triggers the memory towards the Slits, The Shangri-Las, Delta Five, Rezillos, Huggy Bear and even The Spice Girls. Songs stop suddenly, twist and turn when the listener least expects them to and each member seems to be singing, smiling, improvising with restraint and captivating the observer with an eclectic set of tunes that need to be heard live. Tonight unfortunately it’s a restless Friday night audience who literally drown out the quiet bits of the set and constantly chat louder the longer the tune goes on for. That’s a shame but by the end of the show these same people are throwing themselves on the floor and lapping this up with joyous abandon and the sharp eared amongst us are noticing that in Munchie Magic we have one of the first big indie anthems of the year that will have soon have hoards of late teens across the country going ape to.

Pink Kink are proper great and this was another free show. There’s probably a car park around the back if you need to park that van for an hour or two chaps.

Keep up with their activities here.

~
All words by Keith Goldhanger. More writing by Keith on Louder Than War can be found at his author’s archive. You can also find Keith on Twitter (@HIDEOUSWHEELINV). You may subscribe to the Goldhanger Shorts Facebook page or browse some of his photos too if you so wish.