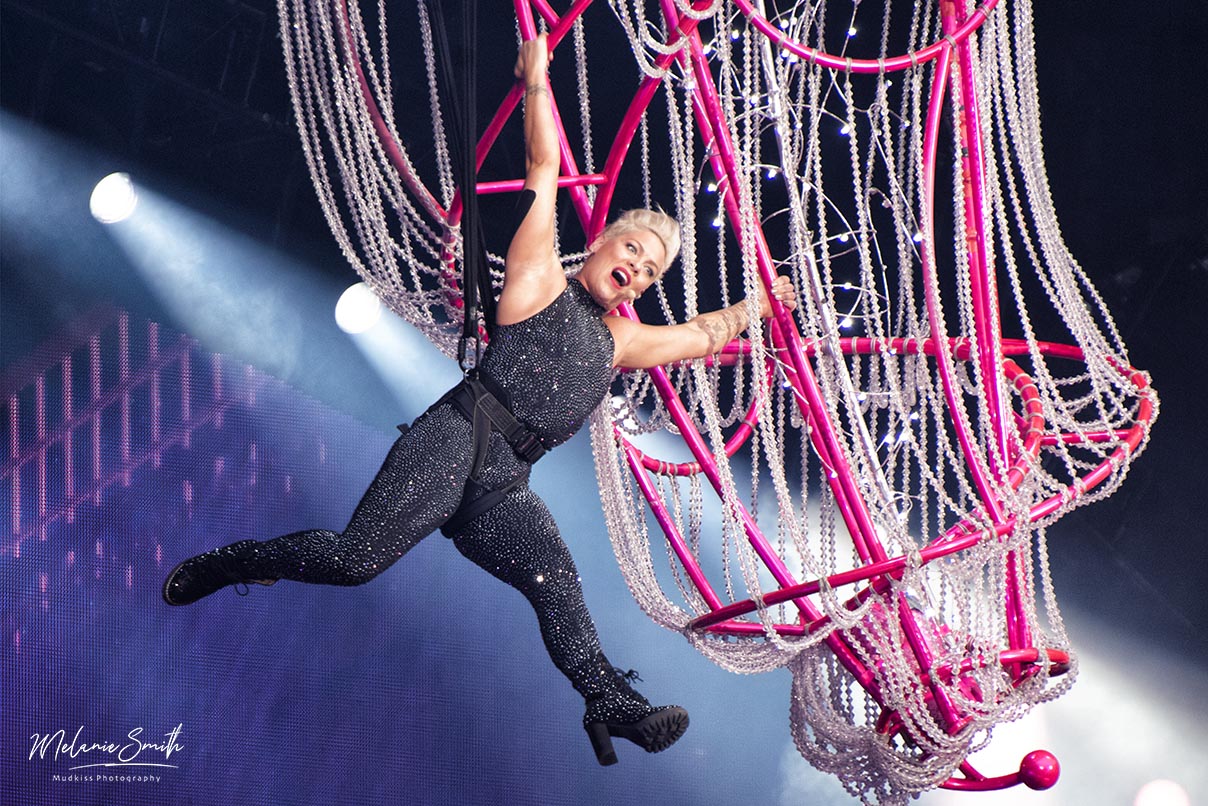 American pop superstar Alecia Beth Moore AKA P!nk brought her Beautiful Trauma World Tour to a sold out Anfield Stadium. P!nk earned her reputation as a world-class performer after bursting onto the music scene in the early 2000s with a string of hit albums, the latest being the recently released ‘Hurts 2B Human’, which is her seventh studio album. 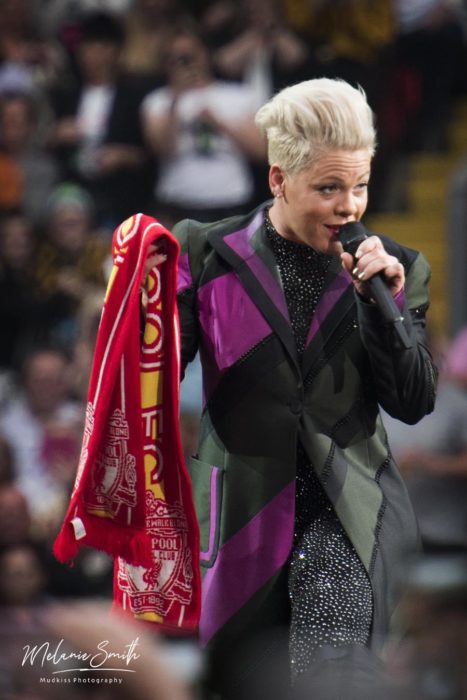 Arriving on stage suspended from a giant glittering chandelier, the show kicked off with P!nk singing her huge hit ‘Get the party started’ whilst carrying out aerial acrobatics; as her troupe of male and female dancers clad in hot pink outfits danced on the stage beneath her. Setting the pace for what was to be a dazzling, memorable show that would see P!nk perform twenty one songs from across her career, the crowd pleasing huge hits were included alongside tracks from the new album, in addition a cover of Cyndi Lauper’s ‘Time after Time’ and ‘River’ by Bishop Briggs. The huge stage and T shaped catwalk (with travellator) would be fully utilised, into the bargain we had aerial acrobatics, costume changes galore, video interludes and pyrotechnics and more, the pace was relentless, she sounded and looked stunning and the crowd loved it.

During the third song ‘Just Like a Pill’ she received a huge roar of approval when she held aloft a Liverpool FC scarf that had been thrown onto the stage. The pace would change from big showy productions with the full support of the dancers and aerial acrobats, to her rocking out with the band and then just P!nk and her guitarist. This was a busy and varied show that really did aim to please the appreciative crowd who sang along, prompting her to say that the Liverpool crowd were the best singers she had ever heard.

At one point she climbed down off the stage to take selfies with members of the audience, paying particular attention to a couple of fans who had seen her perform 25 times. She was clearly loving every minute of the show as much as the audience were and it was a delight to see an artist interact so well with her fans and humbly thanking them and acknowledging their support. 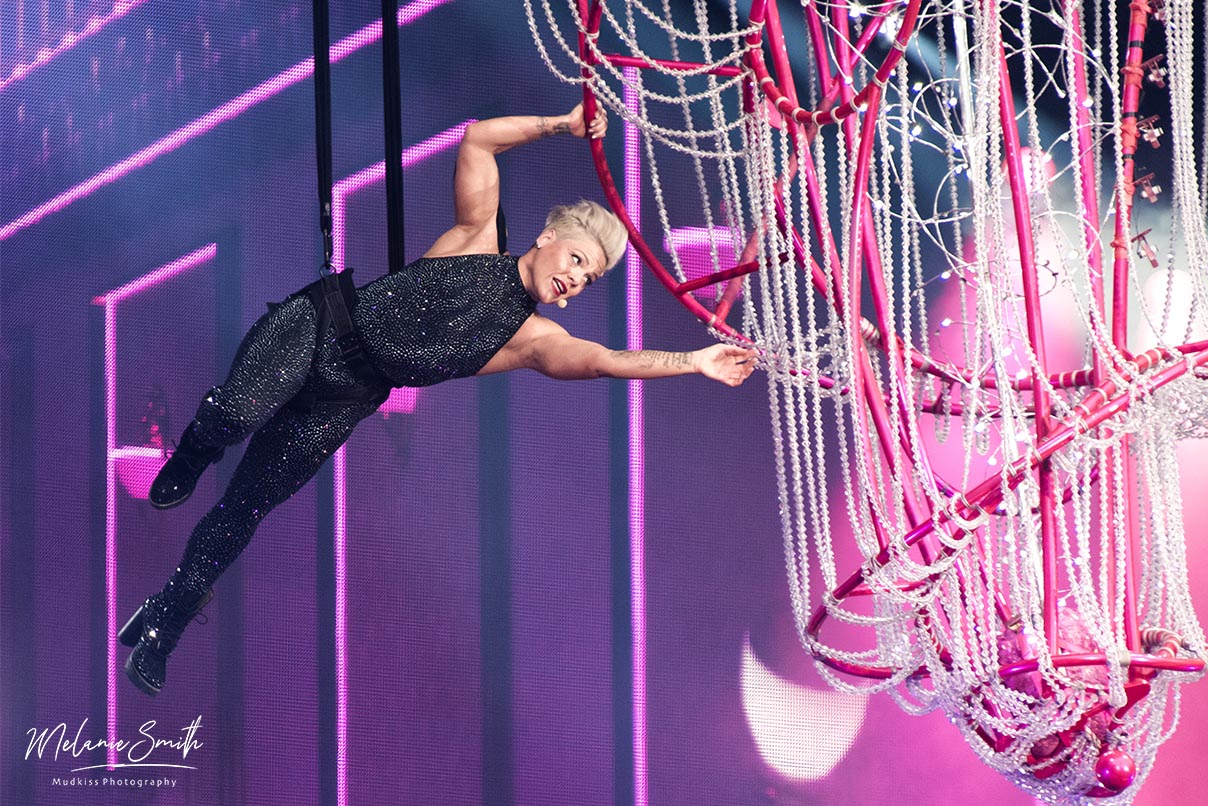 Interspersed throughout the show were several video messages where she spoke of love, human rights, women’s rights, acceptance, freedom, body positivity, politics and change as well as LGBTQ rights of which she is a huge advocate and an icon to that community, “I don’t want there to be gay marriage, I just want there to be marriage” she said. These messages were poignant, thought provoking but not preachy or contrived. 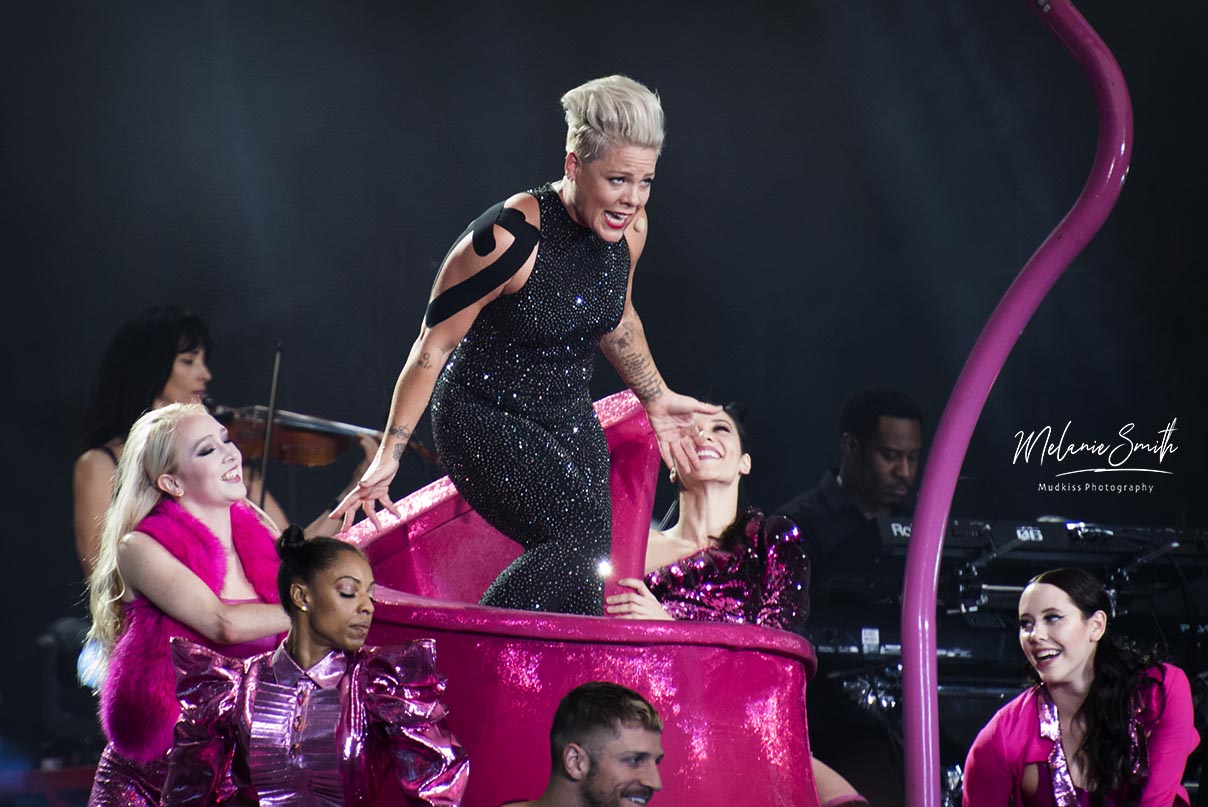 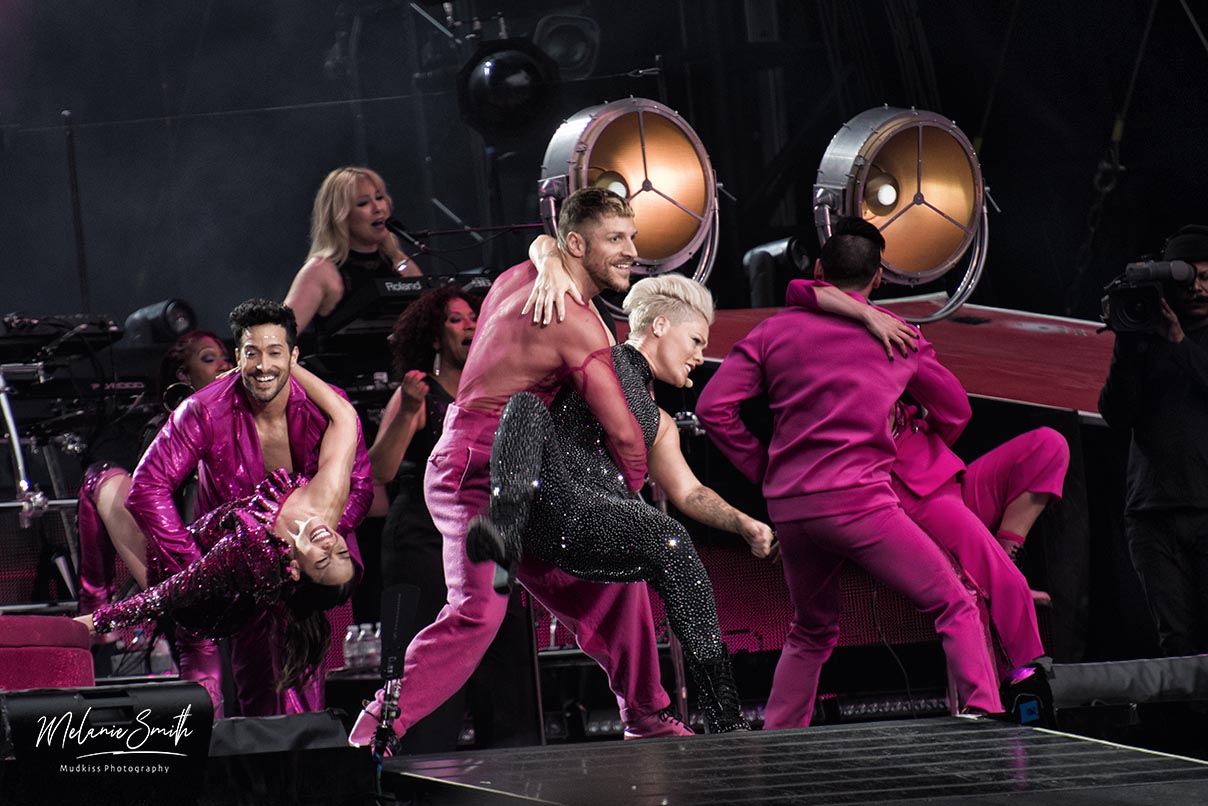 One of the biggest cheers of the night came after introducing the dancers; her six year old daughter then cartwheeled onto the stage and enjoyed cuddles with her Mum whilst waving at the crowd.

The show continued with more big hits, slick choreography and great vocals from P!nk who was clearly having a ball before the crowd were showered in confetti and she disappeared from the stage.

For the encore P!nk was launched high above the crowd on a bungee wire, whilst singing her signature mash hit ‘So what’ she then tumbled and danced through the air, literally flying around the Stadium. This was a breath-taking and spectacular finale to an exceptional show.

P!nk proved that she is worthy of her reputation and status and this busy, fast-paced packed show left the audience delighted. Anfield Stadium may be home to the Reds but last night it was undoubtedly P!nk.