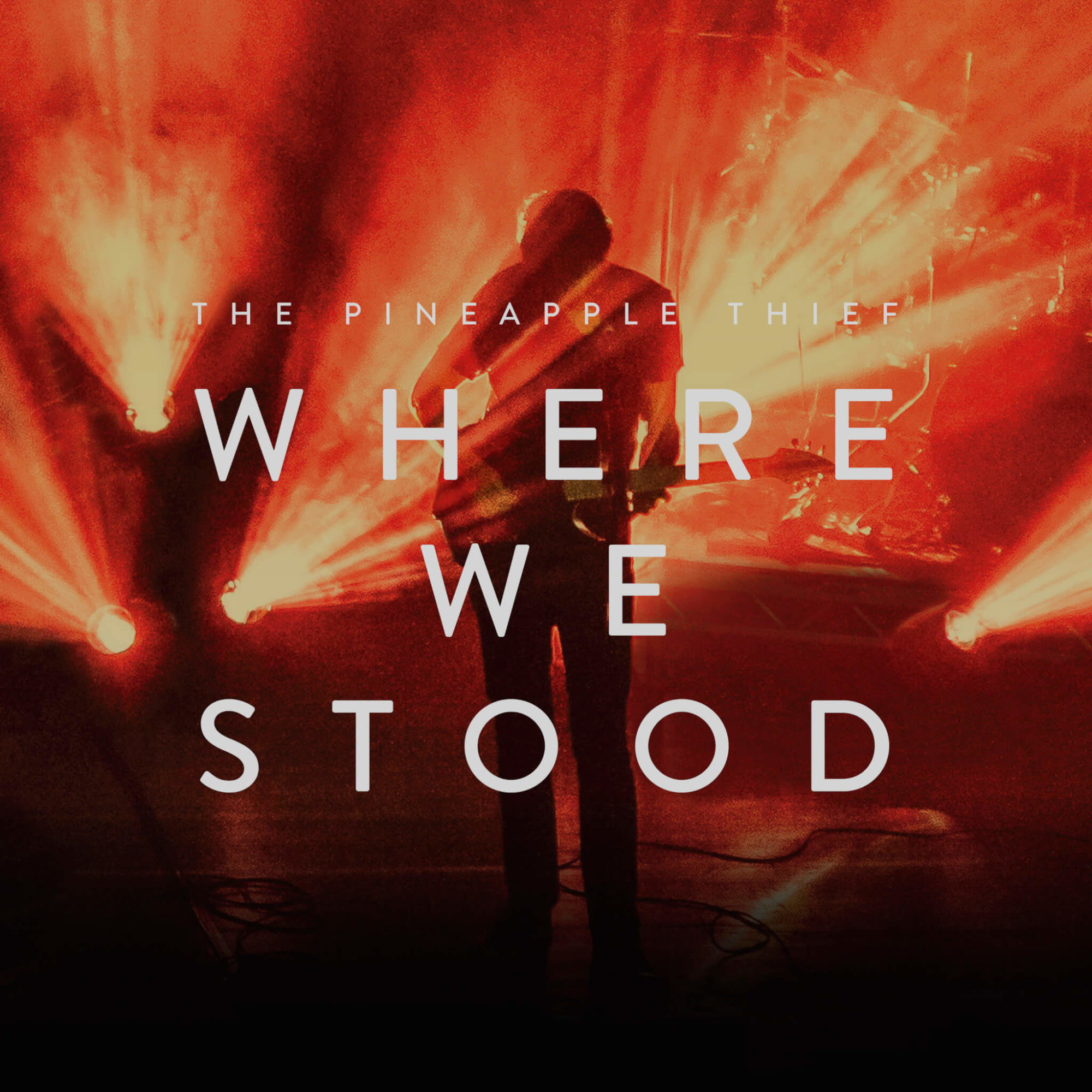 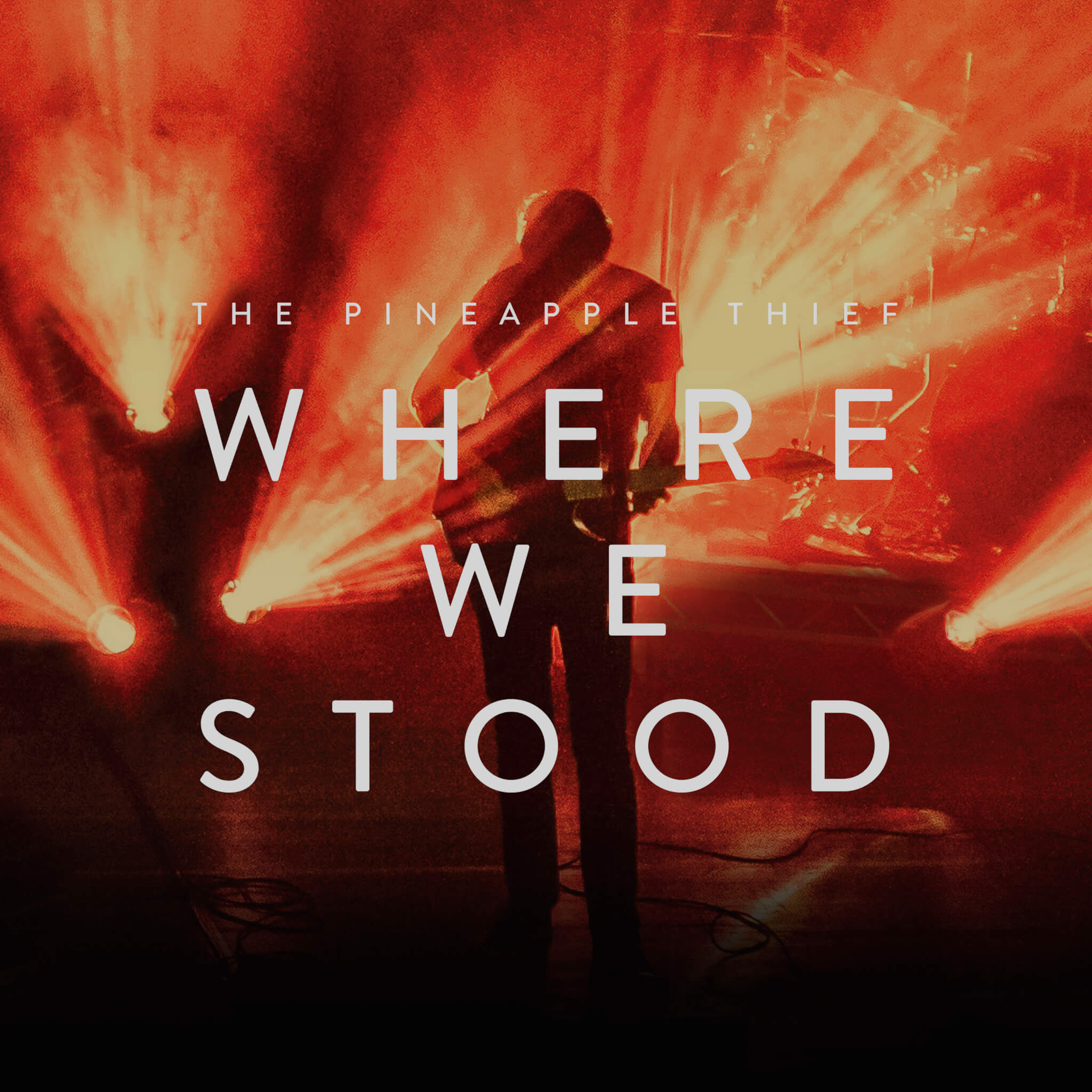 The Pineapple Thief: Where We Stood

The Pineapple Thief release an expansive document recording   the climax of their tour  promoting  the Your Wilderness album. Aside from the expected concert film and soundtrack, it’s a dazzling treasure trove of TPT goodies (kitchen sink not included).

The Pineapple Thief have been treading the borders of the prog rock waters for some time now.  Last year’s Your Wilderness (reviewed by LTW  here) served to  fully justify their nomination for the UK band of the year by PROG magazine. Where We Stood sets in stone the prowess of the current line up. It’s a line up that alongside the ‘post progressive mastermind’ that is Bruce Soord – soon to be rivalling the almost peerless Steven Wilson in the producer’s stakes – has been fortunate more recently in featuring the musically massive yet undemonstrative presence Gavin Harrison on the drumstool. And there’s plenty of chances to appreciate his technique (and his kit) from the overhead cam that’s made good use of throughout the gig.

At the core of the package is a full concert, the  live footage shot at the climax of the tour in London in February 2017 which comes punctuated by conversations with Bruce Soord, bassist Jon Sykes and Godsticks guitarist Darran Charles. Makes a change from the usual between song banter and whilst cutting the flow of the actual gig, provides some enlightening moments, including some interesting reminisces over some of their early days “how we got where we are today” – their experience of being initiated into the progressive rock world supporting Caravan, plus Darran Charles’ “Welsh guitarists” theory…

The live footage comes from a healthy 15 cameras dotted on and around the stage, plus back of the hall shots and a swinging jib capturing a plethora of angles in decent definition bearing in mind that the light show is minimal with a predominance of crimson and blue yet effective enough. And here’s a thing, the opening shot comes from what seems like exactly the same seat in London’s Islington Assembly Hall where I sat for the Neal Morse gig at the venue  in 2015. Personal notes aside, the set is naturally weighted towards the Your Wilderness songs but what’s interesting is  to see the current line up take on earlier TPT material given the slightly expanded and frankly, musically muscular line up. There’s also the chance to appreciate the more delicate acoustic moments as well as the power and the glory of the  ‘Nothing At Best’ final encore that sees the cameramen almost outnumbering the band (Hello Kevin Nixon!).

Naturally there are tons of extras are available for those who like their  cup overflowing, including a documentary film plus all manner of mixes of the soundtrack, plus surround mixes of Your Wilderness and Eight Years Later, the ambient version of Your Wilderness material;  acoustic tracks and videos. Mr Soord has modestly understated the bleedin’ obvious: “This is without doubt the definitive Your Wilderness release.” Of that there’s no question, but not only that, it’s probably the definitive Pineapple Thief release.

You can watch the trailer for the concert film here:

The Pineapple Thief  are online here