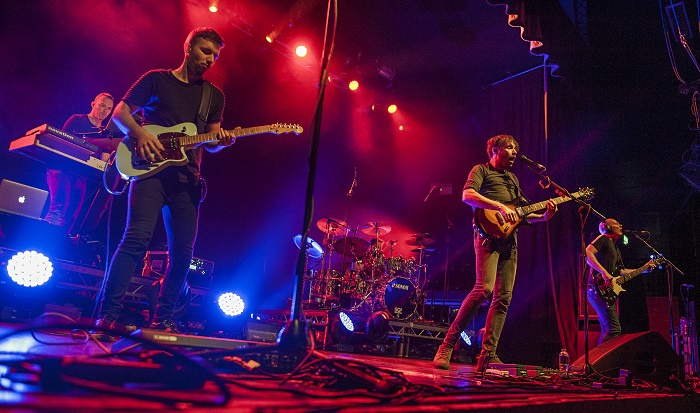 About time Manchester played host to The Pineapple Thief.

Being present at the ungodly gig hour of 6.10pm when Thumpermonkey took to the stage would have been a push and a challenge  for many and a shame to have missed the band spotted and championed by  Sel Balamir from Amplifier and his Rockosmos label. Suffice to say, check their Bandcamp link and see what impressed Sel. 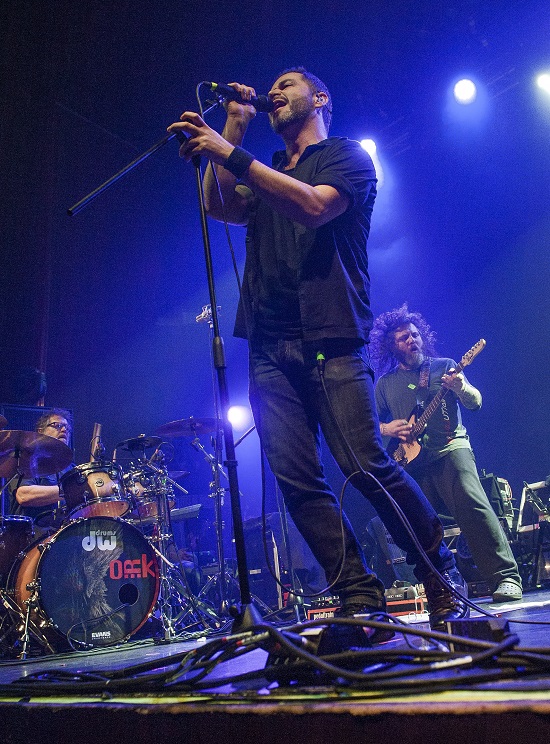 Now, ORk might also be a new prospect to many yet they carry the musical weight of Pat Mastelotto and Colin Edwin; master musicians who’ve graced King Crimson and Porcupine Tree to name but two  of  singer Lorenzo Esposito Farnasari (aka  LEF) earning an extra few quid as an Eden Hazard lookalike. The wonand who it would be an insult to call a rhythm section. You couldn’t help thinkingderfully named Carmelo Pipitone might have remained pretty much in the background yet drilled out some wild guitar that added to the bass and drum thunder in an impressive three pronged assault. And – Pat wasn’t too eminent to be seen shifting his gear off the stage after the set.

Meanwhile, and to put it simply, The Pineapple Thief have shifted class. Being around for some years (1999’s Abducting The Unicorn their first recorded effort)  many will have come on board with 2003’s Variations On A Dream.  However, the recent pair of Your Wilderness and particularly last years Dissolution will (or surely MUST)  have seen their audience and appeal getting a well earned boost. The latter two albums made up for the bulk of a set that saw the quartet boosted by  an additional guitar provided by George Marios who’s taken over the subs role previously occupied by Godsticks’ Darran Charles and while have may not have Charles’ hard edge, was given free rein to add plenty of his own colour.

While Jon Sykes remained buried under his trademark cans, the relative calm and composure behind much of the Dissolution material and songs that might be not too distant relations to the style occupied by the latest incarnation of Steven Wilson –  both the opening Try As I Might and set closer, the more urgent and thumping Nothing At Best channelling some sort of Wilson-ness.  The atmosphere and remotely epic came  balanced against the more edgy 3000 Days, all challenging and angular  jerky time signatures   and some wild slide guitar accompanied by blinding strobe lights on Alone At Sea. A production right at home, where they genuinely belong,  in the classic surrounds of The Ritz and a delight to see how they’ve grown and developed.