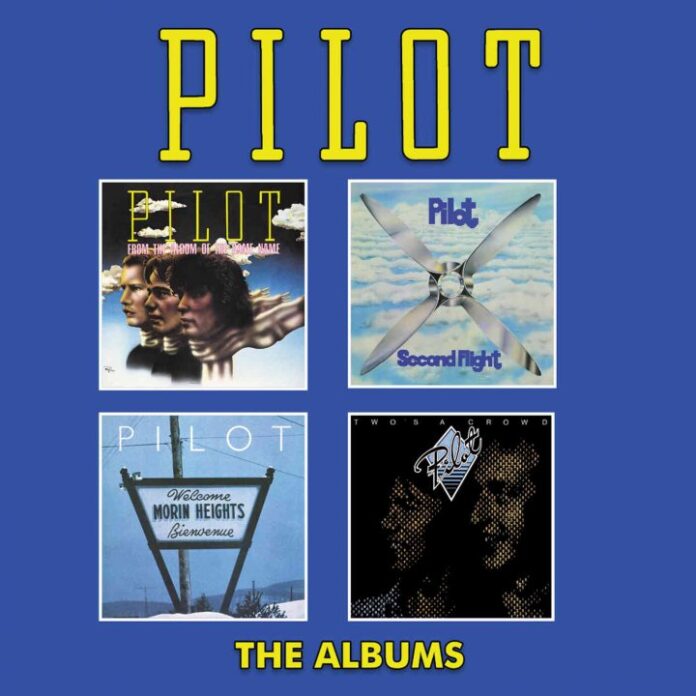 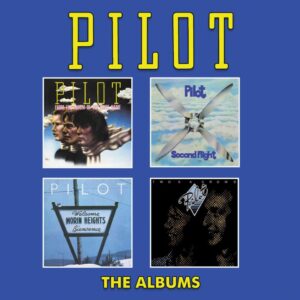 A Christmas record, if successful, will create an annual source of revenue that can sustain a musician for the rest of their life. Though Pilot didn’t have that, their number one January fulfils the criteria of being given regular airplay for a month each year, with the post-Yuletide period being signalled by the coming of Pilot’s reign of terror (nothing against the song, but it is usually a grim month). The song is as ingrained into the start of the year in Britain as treacherous pavements, cancelled trains and the third round of the FA Cup. But Pilot were far from the one hit wonder some people view them as. In fact they managed to clock up four reasonably-sized hits, with Magic being other real biggie. They also turned in four solid LPs into the bargain.

There’s a couple of things that I feel move Pilot away from other post glam pretenders and made them a touch more interesting. One is that whilst people often describe them as soft rock/pop, at their best they added an enviable thwack to what they did. Listen to breakthrough hit Magic, that guitar smash just after the hook is mighty. Ian Bairnson, who joined the band as a full member after being a sessioner on debut LP From The Album Of The Same Name, was responsible for some meaty riffing. This revealed that Pilot had another, rockier level, something beyond their talent for expertly realised love and loss songs.

Also, they managed to take what they could from many musical styles like 1960s psychedelic pop, glam and bubblegum and work these ingredients naturally into catchy 3 to 4 minute songs, fresh for the mid-70s pop charts. For example take Call Me Round, the minor hit from the Second Flight LP. The song starts with a glam rock stomp, handclaps and tough guitar and then veers nicely into their trademark happy/sad light pop sike imbued with a truly classy chorus. An impressive concoction skilfully assembled, which was what Pilot were all about.

But let’s go back to the start. Edinburgh outfit Pilot assembled as a trio, with two members David Paton and Billy Lyall who were briefly in an embryonic version of the Bay City Rollers. Drummer Stuart Tosh completed this early line up of the band. They were signed to EMI after some well-received demos and immediately were sent to the hallowed ground of Abbey Road Studios to prepare their first recordings for the label. Being Beatles nuts they were in their element, so they dug themselves in and set about constructing their own ornate creations.

Though they missed the chart entirely with their first single Just A Smile (which did just about make the Australian Top 50), they hit big with the follow up Magic. This flush of success meant that their first LP, the wittily titled From The Album Of The Same Name, was with released with an air of optimism. Though it wasn’t a big hit, the collection was an admirable demonstration of the band’s strengths. As stated above, this was where they came to appreciate Ian Bairnson’s guitar talents and other guests included one of Pilot’s co-managers Nick Heath on backing vocals and the man who played the trumpet on Penny Lane, David Mason.

Just A Smile is the opening track of the LP and although it more or less flopped as a single, it is still a dreamy slice of pop music. The magic (sic) continued on what is a very good debut album and of course that single was a built to last smash, that even constant radio rotation from the 1970s onwards couldn’t quite kill. Elsewhere the band’s vision to reach for the stars produced some ambitious pieces which could have easily landed them flat on their faces, if they weren’t always firmly anchored by good songs. Girl Next Door is a lovely example of their modest, post psychedelic cool and the “kitchen sink” production of Over The Moon never threatens to derail its pure pop drive. If the song Auntie Iris resembled a more restrained Cockney Rebel, the final track Sky Blue finds Pilot utilising their sweet harmony vocals in spectacular style. I really enjoyed From The Album Of The Same Name, a consistent and diverting selection.

In addition to the LP we get the flip of Magic Just Let Me Be and a pair of pseudonymous Scotch Mist single tracks. The latter two are oddball, with Pamela a treat of echo-enhanced weirdness and Ra-Ta-Ta in the kind of slightly-crazed music hall/show tune style the band occasionally employed under their own name.

By the time of Second Flight Bairnson had joined the band proper and they had scored a number one hit in the UK with January. All indications appeared bright for Pilot, but this quickfire follow-up album did show some signs of filler, with synth/dance instrumental 55° North, 3° West probably being the worst offender. Elsewhere though the creative juices were flowing from a band at their prime. The synthesiser, something that Lyall pressed into service more on this album, adds a further layer to the light pop/bubblegum of opener You’re My No.1, but tender love song To You Alone thrives in a sparser setting, with some neat jazz inflections.

Heard It All Before has a structure like a classic McCartney/Beatles’ ballad, with You’re Devotion showing the band’s more rocky side by hinting at soul with its firm r&b base. You don’t really need me to tell you what January sounds like and Second Flight, if perhaps just inferior to the debut, was another good collection. Extras on this disc are limited to the second single version of Just A Smile and its b-side Are You In Love, a folk pop effort with some great backing vocals.

After Second Flight Billy Lyall dropped the bombshell that he was leaving Pilot for a solo career. The band soldered on, but it was never quite the same again. The remaining trio drafted in bigwig producer Ray Thomas Baker for the Morin Heights album, recorded in Canada with Peter Oxendale filling the Lyall-shaped gap on keys. With this move they sought to giving themselves a tougher sound, but this also risked losing the light touch that was a Pilot trademark. It worked in places and Bairnson manfully pitched in with some good songwriting efforts, but overall this LP just isn’t quite as immediately pleasing as the previous two.

Canada featured in song too, contrasted with California in a good-natured but slightly satirical piece of pop rock and funk rocker The Mover is nicely rough. One Lyall/Paton number remained, Maniac (Come Back), now with a chorus that comments on Paton’s lost writing partner and friend’s reckless lifestyle. Penny In My Pocket arguably deserved to do better as a single and there’s some hot vocoder action on Lies And Lies. Too Many Hopes ends the LP maintaining the slight feel of melancholy that runs through the lyrical standpoint, but this one has a hard rock sound with some good guitar work that makes light of it.

The extras on this disc are pretty interesting, consisting of Lady Luck, a non-album 45 and both sides of David Paton and Billy (now billing himself as William) Lyall solo singles. Us, the topside of the Lyall 7 inch, is an odd mix of proto-synthpop and doo wop. It is interesting, but perhaps not strong enough vocally to make an impression. Paton’s single doesn’t stray too far from his Pilot work, downbeat piano pop on one side and tight guitar rock/pop on the other. Difficult to see the point while Pilot still existed as a separate entity, but a decent effort.

After Morin Heights Pilot let their management and record deals run down. Stuart Tosh joined plush pop rivals 10CC and Paton and Bairnson enlisted with the Alan Parsons Project, so the band were on the back burner for a while. Down to a duo, they were asked to do another Pilot album by Eric Woolfson, Alan Parsons’ writing partner. To this end they met with Arista boss Clive Davis who was receptive to the idea, but pushed for the pair to write something like their two big hits. This represented something of a problem, because music had changed immeasurably since 1974 when Magic hit the charts, particularly in the UK.

Davis pronounced the single Get Up And Go another number one. But in truth it wasn’t anywhere near as memorable as Pilot at their best, an okay song but the hook just wasn’t catchy enough. If its parent LP Two’s A Crowd had a problem it was that it full of pleasant material that just didn’t grasp the listener. Pleasant just wasn’t going to get the job done in the UK in 1977, with punk and disco holding sway. The single’s lack of impact meant the LP received a muted release and was quickly forgotten. There are a couple of decent numbers in the stomping Ten Feet Tall and Mr Do Or Die, a good funk rock shuffle written about Billy Lyall, but apart from that it’s mostly inconsequential I’m afraid. No bonus tracks on this disc either.

Unsurprisingly Two’s A Crowd made no headway at all and it would be last thing heard of Pilot for quite some time (Paton and Bairnson played on the Kate Bush LP The Kick Inside in the interim), waiting until 2002 to come back with the Blue Yonder album. This boxset contains a couple of pretty strong albums, a just above average set and one where Pilot were clearly floundering a bit. At their best they wrote bright, infectious songs, producing very much the kind of sumptuously arranged tunes that mid-1970s UK music was synonymous with. They also added a sliver of hard rock hammer that made them unique. When they were at the very top of their game, they were a match for almost anyone attempting complex and catchy pop music and deserve to be remembered for more than just a couple of hits.