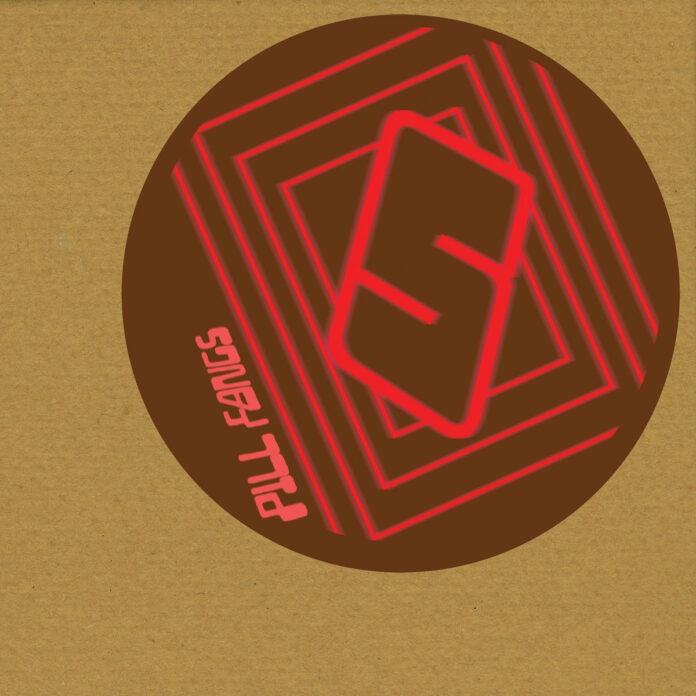 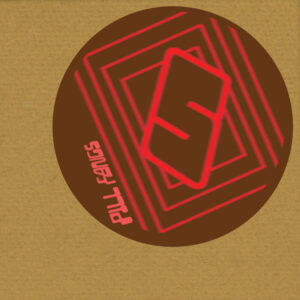 Pill Fangs release unheard recordings to get your teeth into.

Pill Fangs came out of seemingly nowhere in 2017 with their album PF1 which was one of the highlights of that year, which we reviewed here, and followed that up with PF2 in 2019, reviewed here, which proved they weren’t a flash in the pan. Led by great Midlands songwriter Dan Haywood, Pill Fangs took their initial inspiration from the mid to late 70s punk scene of Hell, Verlaine and Reed and added funk and garage to create a mesmerising sound that deserves a wider audience.

Now, set to release their third album, the mathematically challenged PF5, which actually refers to the number of members in the band, this is a collection of unheard recordings from 2016-2019.

Opening with Rock & Roll Is Non-Negotiable, a satire on the music business which name checks the greats like Little Richard and Larry Williams, is trademark Pill Fangs with jangly, jagged guitars with a jerky, spasm inflected rhythm and a funky beat. It’s a song that sounds like it was written on speed by awkward art school drop-outs and was an obvious lead off single for the band.

Black Country Scum is a trip back to Heywood’s school days if I’m hearing it right. It has a sinister beat with the guitars like wiry radio waves jangling with obscure tunes and thoughts through the ether. There’s a long instrumental break with heavy funk percussion and the bass holding it all tight whilst the lead guitar jerks like teenage lust and the rhythm guitar is like the slashing blade of juvenile romances on desk tops.

Noise Ceremony For Simon is a tribute to Simon Fletcher who played bass in Pill Fangs but sadly passed away in 2019 at the young age of 38. It’s a live recording featuring the switching on of Simon’s bass which eerily plays feedback, for a moment their bandmate joining them on stage one last time. Next track, Fag, follows up this theme with a laid back vibe lamenting the passing of old friends, it sounds like a lazy morning after a night of reminiscing with old friends.

Opera Clowns We Ain’t is a grandiose, portentous number that slides through psychedelia and poetry reading. And it has bongos.  Pissing Around is a nostalgic song for those lazy days spent with friends and lovers, doing nothing on magical days. It has hints of Lou Reed and a twinge of melancholia.

Mushrooms in Maastricht is an earlier version of the song that appeared on PF2. According to Heywood it ‘was recorded in the cavernous and slightly creepy Lancaster Library, where we used to rehearse at night. Non of the echo is artificial.’ It’s a wonderful satire on a pair of killers, Tony and Cherie, sitting over dinner and wondering if they can get the excitement back in their relationship. As Cherie says, she needs the old Tony she got hot for, like in Tripoli. Any resemblance to real persons is purely coincidental.

The album is wrapped up nicely with Off The Scene, a jaunty little rocking 60’s tune.

PF5 will only have a limited physical CD release so get your pre-orders in now if you want to get your hands on it. Dan Heywood has shown again with this album what a singularly great songwriter he is and that Pill Fangs are a band that deserve a much wider audience.