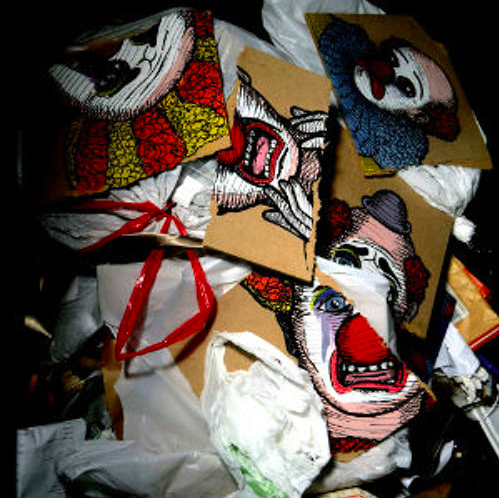 Pile are streaming new LP, You’re Better Than This prior to it being released on Monday 2nd March via Fierce Panda Records.

We’ve been digging this band since we first heard something by them earlier in the year and frankly our love has since only grown since! We will have a full review of this album up shortly but the really hot news is that the guys will probably be over here in June when we hope to run an interview with them. Until then, check out the album above and / or just pre-order via these links:

Meanwhile, some choice words from the press release:

The band’s name speaks volumes to most, and to the rest… it soon will. Earning the reputation of “your favourite band’s favourite band,” the quartet (Rick Maguire, Kris Kuss, Matt Connery, and Matt Becker) have been setting the DIY indie punk scene ablaze since 2009, developing a unanimously praised back catalogue in the process and a legion of diehard fans throughout the entire country and abroad. The band have toured heavily over the years, playing all ages venues and basements in the spirit of DIY culture with peers Speedy Ortiz, Big Ups, LVL UP, Two Inch Astronaut, Krill, etc.

Pile started to work on You’re Better Than This at Omaha’s Another Recording Company with producer Ben Brodin. The result of those sessions is Pile at their absolute finest, a perfect mix of the band’s ferocious and gentle sides, an undeniably explosive record that twists and convulses with unexpected turns at every corner. Pile’s exceptional ability to warp through loud-soft-loud dynamics is on full display, forgoing predictable song structures and triumphantly crushing any false sense of security. You’re Better Than This is comforting at one moment and brutal the next, ripping through influences that include post-punk, noise rock, folk song-writing, and a particularly colossal take on indie rock.