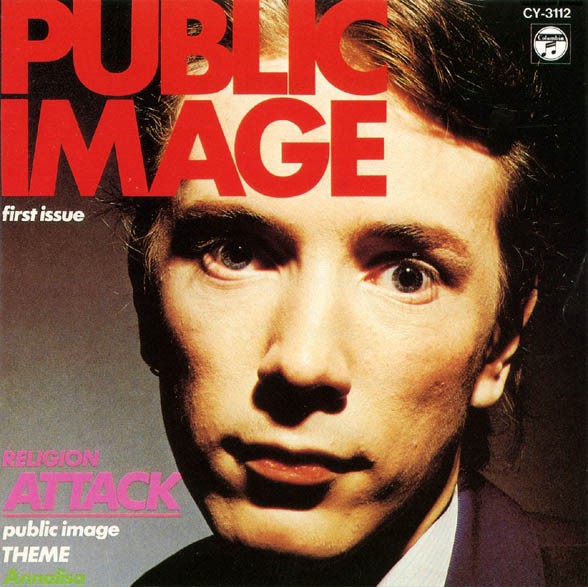 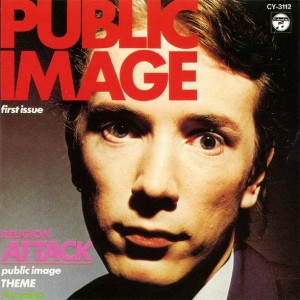 In 2012 Public Image Limited release their 1st album in 20 years, but before “This is PIL” reaches the masses LTW take a look back at their first groundbreaking album “First Issue“.

Its 1978, your John Lydon; The Sex Pistols have just broke up leaving you isolated and and in financial dire straits – for the previous couple of years you have set about the music business in a brutal, uncompromising but honest manner, all your hard work has alienated sections of the public but has also brought you a sizeable following, you’ve been hired and fired by record companies, had a number 1 single not go to number 1, your album has actually gone to the top but now it’s all over so what do you do?

Cash in on your reputation take the money and run form a Pistol like band and come up with songs following a similair formula?

Push the barriers musically and create innovative, challenging and thought provoking music with the real possiblity that all your hard work to date will be undone by alienating the following you have built up?

If your John Lydon it’s a no brainer you pick option 2 the harder, more hazardous, dangerous and thankless route and don’t do what people want and expect after all it’s your Public Image.

PIL avoided been simply the Johnny Rotten backing band by virtue of its members, Keith Levene an early Clash guitarist whose input to the Clash songwriting was limited to “Whats My Name” before moving on to the legendary Flowers of Romance with Sid. In Levene Lydon found an uncompromising guitarist who wasn’t going to keep to the 3 chord Punk ethos indeed Levene was far out ahead of the pack as can be demonstrated by that early PIL sound which owes so much to Levene’s stunning and inventive guitar work along with bass master Jah Wobble one time John Wardle whose deep influence by Reggae went so much further than a nickname, the deep resonant sound he produced on bass was to be a benchmark in music that few musicians could aspire to. That first PIL lineup was completed by Jim Walker providing a solid backbeat that would compliment and not detract from the music.

Prior to the release of “First Issue” PIL had thrown down a marker with their monumental debut single “Public Image” – rumbling bass intro, solid drums barrage of guitars and Lydon’s urgent vocals reclaiming his life back from McLaren. This single was different to what had gone before but if the public felt that this band were going to be creating 3 minute pop songs with a difference then their debut album “First Issue” would soon dispell any misconceptions.

“Theme” the opening album track with its slow looping bass line and deliberate crescendo like drumming and guitar was a different animal. Lydon the rightly so famed lyricist at his lyrical minimal best. “Theme” would point the way to the future PIL in some ways it could fit in well with their follow up album “Metal Box” or maybe its roots even predated PIL as John Robbs review of Never Mind the Bollocks take on “Submission” suggests that that paticular song showed a hint of what was to come maybe that link of darker brooding music had the potential to run through all of Lydons work.

“Religion 1” the spoken lyrics to a song whose foundations lay in the Pistols with Lydon and Steve Jones working on “Sod In Heaven” on that fateful American tour, the cynic could argue that this padded the album out quite nicely Lydon presenting the words sermon like but maybe there was real meaning here after all could you ever imagine the spoken word on a Pistols product perhaps there was real intent to push the boundaries and move Lydon away from the image of Johnny Rotten.The song “Religion 2” shows the group in stunning form providing a resonating and hypnotic backing to Lydons heartfelt sentiments on Religion, although the subject material may prove taboo to many.

“Annalisa” a driving track about a young girls exorcism in the modern world is as uncompromising as the subject matter would suggest, the band provide a solid backdrop to Lydons raw vocals almost like he is the one with the inner demons to exorcise.

“Public Image” along with “Lowlife” and “Attack” show that PIL can clearly play shorter catchy numbers at a higher tempo along with deeper resonating songs without any drop in the energy these songs give. “Attack” out of all the songs could perhaps fit in with the Pistols blue print but then again the deep looped bass leaves you in no doubt that this is all part of something new.

The album closes with “Fodderstompf” again you could look at it from the cynics perspective and from the bands perspective that they “only wanted to finish the album with the minimum amount of effort which we are now doing very successfully” but this song along with “Theme” shows that this band were looking to do something different mixing a sense of humour with disco and dub sensibilities and coming up with a catchy track set to a disco beat and a fantastic Wobble looping bass line far ahead of its time, the disco feel would be revisited the next year with “Death Disco” but for closing the album “Fodderstompf” provided a good example that you could not readily pigeon hole this band who lest we forget where all very young in years Lydon still only 22 and Wobble the baby of the group at a mere 20.

The packaging of the album again showed that the band had a sense of humour with Lydon the model and Wobble looking like a young David Niven not to mention the birth of the classic PIL logo.

As 1978 came to a close Lydon should have felt justifyably satisfied that not only had he reclaimed his identity from the ashes of the Pistols but his new group were not simply a backing band but an innovative one ready to push the boundaries and well equipped to produce much more more challenging music in the years to come.

In the grand scheme of things perhaps “First Issue” is often overlooked in favour of its follow up “Metal Box” but this is the start of the journey to that album and beyond and as with everything in life sometimes we should just stop and admire the view.