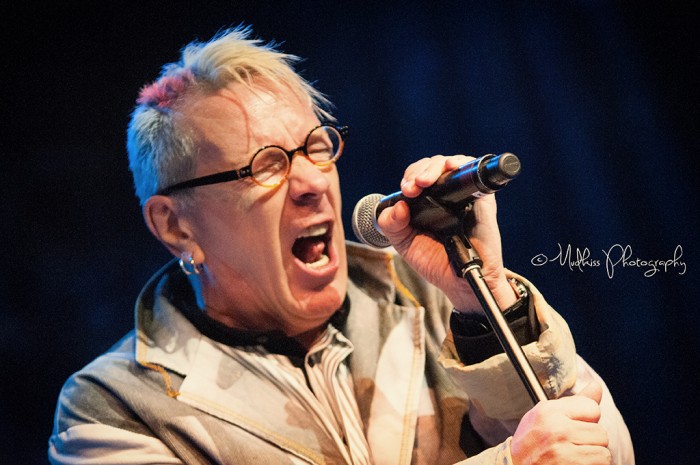 Louder Than War writer Dave Jennings went to check out PiL in Wales, whilst photographer Melanie Smith took her camera to the earlier Manchester show.

When the England vs Wales rugby match finally ended, and how the result seemed to give added impetus to the crowd, we could all get on with the main business of the evening, a first visit to North Wales by the venerable John Lydon and band. New album ‘What the World Needs Now’ has received mixed reviews but the PIL live experience is still one to savour. 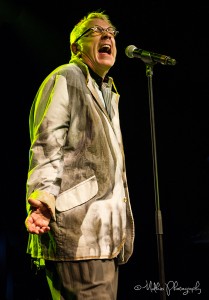 They open tonight with the first two tracks from the new album; Double Trouble, which leaves you feeling almost as if you are intruding into the Lydon domestic arrangements, and the punchy Know Now. The packed venue is testament to the enduring appeal of Lydon and his legacy – integral to the birth of Punk and Post-Punk and even if he does not seem to know his precise location, “does anyone know exactly where we are?” he asked, both band and singer are soon well into the groove.

The set offers a career spanning perspective but the most recent two albums are prominent and rightly so as they represent an emphatic comeback. Songs such The One, Disappointed and Corporate seem to gain a vital new dimension live, while the early ‘80’s hit This Is Not a Love Song now has a much deeper groove.

Maybe the most noticeable aspect of the evening is how content the one-time scourge of anything that provoked him appears. Now Lydon seems at one, lost in the music and keeping his own counsel while his excellent band pump out the groove. Lu Edmonds’s guitar is mesmerizing at times while Bruce Smith and Scott Firth are both superb in providing the pulsing rhythm. John Lydon’s voice, always the most distinctive in rock is as powerful as ever and even seems to have improved with the passing of time. 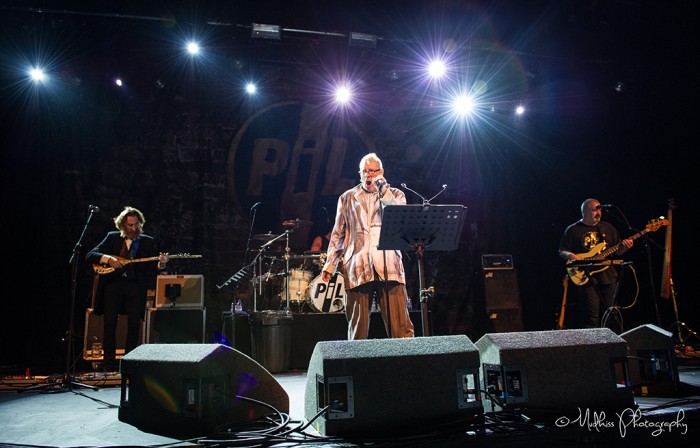 Having settled on “Wales” as the most precise he can be about his precise whereabouts, Mr Lydon continues to treat us to an outstanding set with Deeper Water and Warrior given electric renditions. Death Disco, always an unsettling track has lost none of the haunting impact it first had while Religion, the song that was apparently too extreme for The Sex Pistols to record is an emphatic way to end the set. Still dripping with venom, Lydon delivers each word of this sermon with intensity and even intones “let the bass cleanse you” as it is turned up to the max. Judging by the general state of the crowd as they filed out, I would say this novel and well-intentioned approach to improving their spiritual well-being was destined to meet with, at best, mixed results.

Returning for a joyous encore, first of Public Image, then a community rendition of Rise, PIL receive a rousing ovation. Obviously delighted at the reception Lydon bids us goodnight with the words “Thank you Wales, now we know we’re welcome, we’ll come again!” Cheers John, drop in any time you’re passing.

Please note: Use of these images in any form without permission is illegal. If you wish to use or license any images please contact melaniesmith@louderthanwar.com.