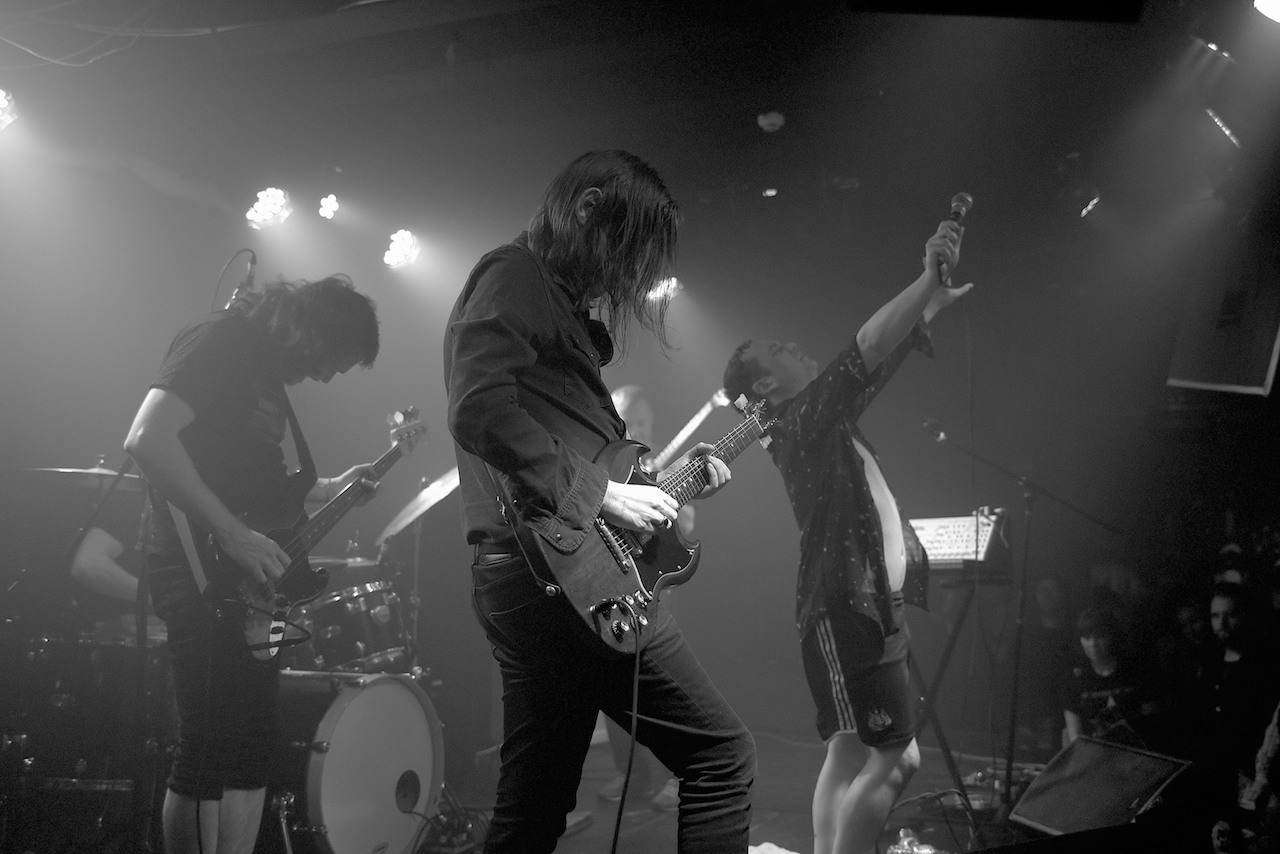 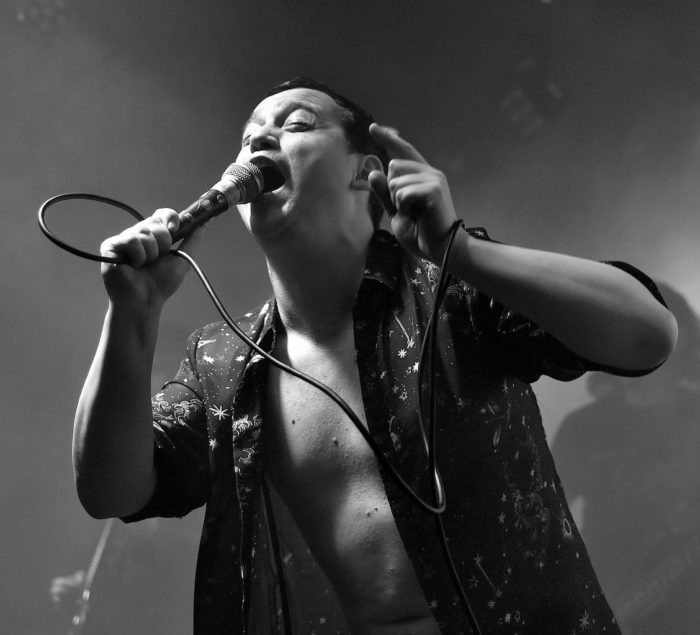 Up first tonight is Dorcha. They have an almost neofolk sound with a touch of indie-pop. Dorcha are members of Box Records (Owned by Matt Baty), therefore fans of ILL and Lower Slaughter will feel safe in their hands.

I had listened to Dorcha prior to their set tonight and can comfortably say they are a band that sounds far better live than recorded. Stylistically they are a vast stray away from Pigs x7, but still interesting nonetheless. Their songs have an unnerving edge, especially when told the song Bruiser is about a dead dog. The audience receive Dorcha well, and are left salivating for the heavy sound of Pigs Pigs Pigs Pigs Pigs Pigs Pigs.

The tail end of 2018 saw the release of the second LP by the Geordie quintet, King of Cowards. The record was released for Rocket Recordings, whose current roster boasts groups such as Hey Colossus, Goat and GNOD. So you can expect an almost psychedelic, doom-heavy, freak out tour de force. 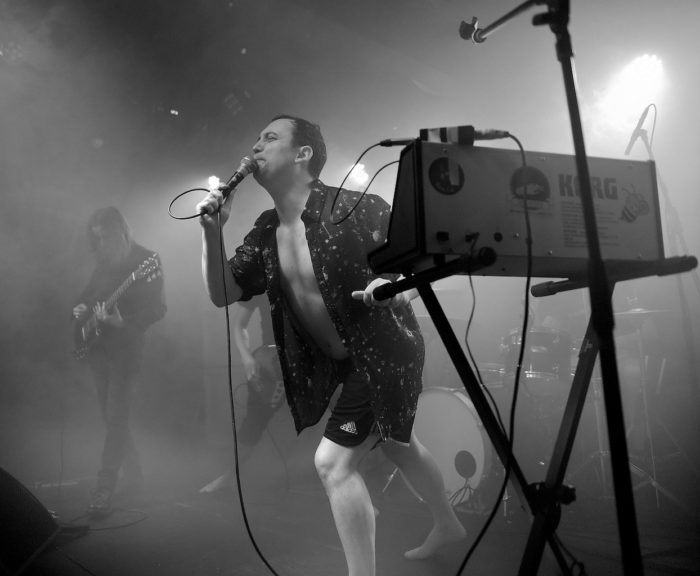 The set opens with riff-heavy GNT, from their second album. Baty proves to be in fine, shirtless, form as he bellows the phrase ‘King of Cowards’, while holding the microphone in a bow and arrow-esque pose as he takes aim at the audience.

Shockmaster arrives with Electric Wizard style glory, to which Baty has to warn one audience member that the ferocious headbanging will not result in a whiplash claim. If said audience member were to claim against this band, they wouldn’t be short of witnesses given that Pigs have managed to sell out tonight’s show, along with various other dates on the tour. Keeping with mid-song patter, Baty also mentions how if every audience member brings 51 people to the next Pigs show, they would be able to sell out Manchester Arena. Tonight they play as though they already had. 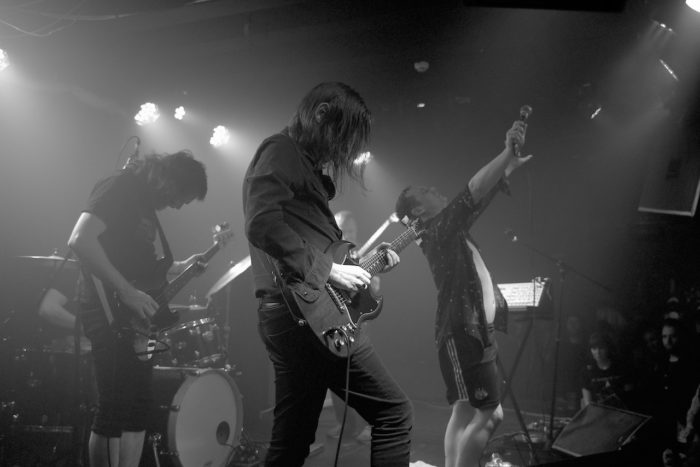 The night is rounded off with a pounding performance of A66, a song that drives itself into the heart of the audience. No encore is necessary for a band that has already proven themselves as a psych powerhouse. Matt Baty needs to rest his sardonic scream for the other dates on the tour. If you’ve already got tickets, count yourself lucky.

All words by Rhys Delany, this is his first live review for Louder Than War.
Photos by Steve Hampson can be viewed on his website here and on Twitter where he tweets as @rangerpeg.