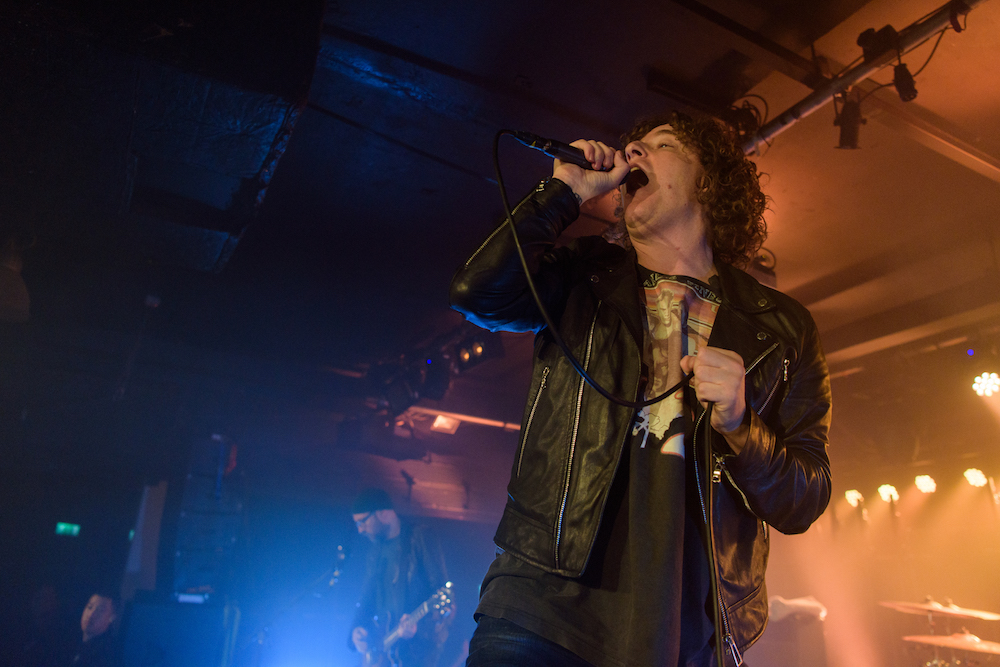 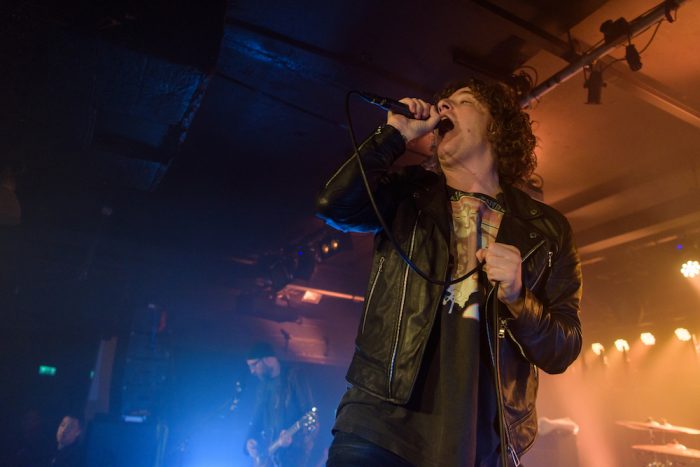 The Pigeon Detectives take the roof off Newcastle University with one of the most energetic sets we’ve seen this year!

Originally a product of the extremely vibrant New Yorkshire scene over a decade ago, The Pigeon Detectives are now celebrating the tenth anniversary of their platinum selling incendiary debut album Wait For Me. This is only the fourth night of the tour and lead singer Matt has already broken his foot, yet those expecting it to slow him down will indefinitely be proved wrong.

First though it’s a local band who’ve been around for just under a decade, Little Comets they obviously have the home town support in tonight. It really does show as from the off the crowd are in full voice, particularly for well loved tracks like Joanna and Language Is Over. The bands newer stuff sees them heading in something of heavier direction, more driving bass and drums than the upbeat infectious indie pop we’ve become accustomed to.

However, it’s the last track of their set that sets the place alight, with the crowd starting singing of the song before lead singer Robert could even get any words out. It appears to take the band a little by surprise but a pleasant one no doubt, it caps off a truly exciting opening set and they certainly leave this crowd well and truly warmed up.

The Pigeon Detectives burst on to the stage to a rapturous roar of appreciation, as they tear through Romantic Type, it’s abundantly clear that Matt isn’t worrying about his broken foot. He saunters around the stage as the crowd go barmy for the band. He doesn’t stop there as he stands on the monitors high-kicking his moon boot as he tells the crowd it’ll not dampen tonight’s proceedings.

The likes of I Found Out and Don’t Know How To Say Goodbye follow in quick succession and the entire room is buzzing with gleeful faces as everyone pogos along to these brilliant tracks once again. With Wait For Me coming in at a mere thirty three minutes the band throw in a multitude of extra B-sides and rarities to keep everyone on their toes. The likes of Dick’ead and Wouldn’t Believe It go down as well as any other from Wait For Me.

The title track itself sending the crowd into a complete frenzy, as does I’m Always Right which sees Matt atop of the crowd closing out their main set in true style. They return though once again sending everyone well and truly wild with Emergency from their second album. Before topping off this incredible set with I’m Not Sorry that has every single member of this packed crowd screaming along at the top of their voices.

After ten years all of these songs conjure up so many memories, for me personally it soundtracked my first years at university. Endless nights at indie discos dancing to many of these tracks, that’s what tonight was all about for an hour or so regressing some ten years. It turns into so much more though as the band still possess that incredible fervency, enthusiasm and excitement that they had all those years ago.

They appear to have as much fun as everyone else in the room, tonight will be without doubt one of the shows of this year. There is nothing overly fancy about The Pigeon Detectives, nothing too complex they’re just a band who know how to write brilliant songs that get everyone singing along and having a good time!

~
The Pigeon Detectives can be found online here thepigeondetectives.com. They’re also on Facebook and tweet as @PigeonsOfficial.