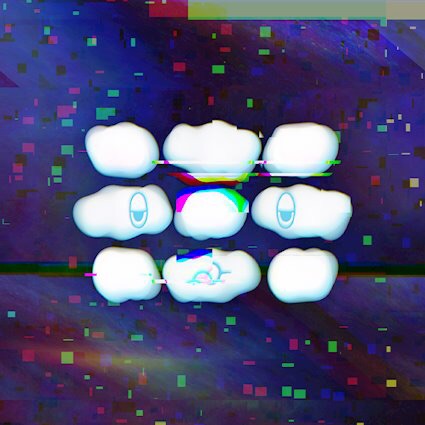 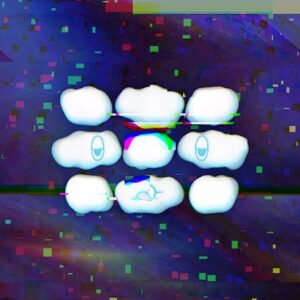 Pictish Trail, the pseudonym of neo-psychedelia troubadour Johnny Lynch, did not get to be an underground cult hero by playing by any rules, and new EP Dream Wall is no exception to his brand of experimental craftsmanship.

The title track is a slice of lo-fi beauty which captures its subject matter (the frustration of what we craft at night which crumbles away once we get something from it) to sonic perfection. All humming mellotron, fragile vocals and dreamlike almost-rhythms, the nocturnal sensations of the wall between dreams and sleep find their aural mirror. Acting as a kind of appendage to last years full-length album Thumb World, Dream Wall takes some of the sessions from that album and presents them in even a woozy, fuzzy and mind-expanding form with a selection of remixes that are perfectly complementary to building this somnambulist soundscape. I caught up with Lynch for an in-depth chat about it… 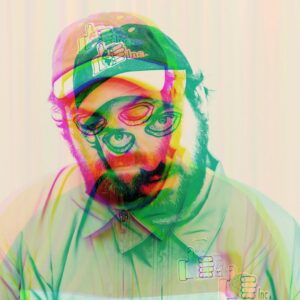 The title track captures its subject matter so well, was it inspired by any particular experience of creating at night?

Dream Wall started life about 17 or 18 years ago as a fairly straightforward song about a recurring dream, although I’m wondering if my memory of it was imagined. I’d just moved to a small fishing village at the time, and there was a pub right next to the harbour – I’d often stagger out after a night of boozing with my pals, stand on the harbour wall, and stare out to sea. In the dream, the wall would crack, I’d lose my footing, and fall – and this image would come back to me, quite a bit, in unconscious thought. It must have been about 2003/2004. I’d only just started writing songs but found myself as part of a collective of musicians with music suddenly being my full-time occupation. I wonder now if the dream was about the idea of my life not being real; the crumbling wall perhaps reflecting feelings of imposter syndrome or displacement.

When writing songs, there’s an element of wanting to tap into the unconscious mind, in the hope it might reveal some weird inner-truth, or purge something unexpected and surreal, something that might surprise you. I’ve spent countless evenings pretending to distract myself while trying to write songs. It’s the most frustrating feeling, especially as when it does work you want to able to retain that feeling, and replicate it. There are some songwriters that have a strict method, and good for them. Doesn’t work that way for me, it’s always been a mystery. The first half of this song is about that.

When we were making my most recent album, Thumb World, Dream Wall came back to me. That album is about being trapped within cyclical patterns of thought and behaviour, and so the idea of a recurring dream fitted. The song itself was like a half-forgotten dream, and ultimately I didn’t feel it fitted in alongside some of the other tracks. I’m really glad it’s found its way out now though, as part of this EP. People have said some very kind things to me about it.

How did you put together the material and decide on the collaborators/remixes for Dream Wall?

I’ve got a habit of collecting remixes here and there. Never for any specific purpose, other than being a fan of the other artists’ music. The resulting tracks usually find a home somewhere, although there are a few that haven’t seen the light of day as of yet. With the Lost Map label, I’m lucky that I work with a lot of different artists, and often commission remixes as b-sides for their releases.

Some people have an aversion to remixes, they don’t like the idea of someone messing about with the structure of a song. It’s a lot of pressure to stay faithful to a song, and somehow “enhance” it. For me, the best remixes are the ones in which the remixer is unapologetically injecting their own sound, and creating something totally different. It feels more like a response to a song, as opposed to just a remix.

Callum Easter is an Edinburgh-based singer-songwriter we’ve been working with since 2018, and this approach to recording, his production style, is so gritty and textured and abrasive, and also really soulful and sparkly. You notice different details every time you listen to one of his productions. I gave him a choice of songs, and he came back with a remix of Slow Memories which I really love.

Kinbote is an electronic artist, who was studying in Aberdeen and was part of a collective up there and who moved back down to East Lothian last year. He sent me his music over the summer, a cut ‘n’ paste psychedelic mash of samples that he structures songs around – and I was hooked immediately. I asked him if he was up for doing a remix, he said he’d never done one before, and he created a really beautifully chaotic version of the song Pig Nice.

Rachel Horwood is one of my favourite musicians. She plays with Bas Jan, Trash Kit, Rozi Plain and as part of Jenny Moore’s Mystic Business – and also fronts a project called BAMBOO, a collaboration with her friend and synth wizard Nick Carlisle. I really love the music they make together, although it’s tricky to describe. It’s sort of progressive synth-pop, although that feels quite a vapid description. That’s something really emotional about it – the combination of her voice and the melodies within the songs, and how they are arranged, they make me cry. Ha! I’m not ashamed to admit that. The remix they did of Slow Memories is really haunting, and I’m incredibly touched by the effort they made with it.

My dear friend Suse Bear plays keyboards/electronic gizmos in the Pictish Trail live band, and also creates her own lo-fi pop under the name Good Dog. We’ve recorded music together in the past, and for this project, she approached me about doing a remix of Dream Wall. She’s fittingly transformed the song into a hypnagogic pop tune, transposing the chords and melody into something completely new, and blissed-out.

It was the last remix to come in, and when Suse was working on it, I started thinking that it would be really nice to bookend an EP, collecting together the other remixes I had been sitting on. They all fit together really well, I feel.

As someone so involved with lots of elements of the DIY music scene, who helps to elevate a lot of other artists, how have you navigated this past year?

The hardest aspect has been trying to balance new things/ running Lost Map, while handling childcare, really. I’ve got two young kids and with the nursery closed, I’ve spent most of my time with them. Lockdown kicked in just as I was about to go on tour. I had a pile of unsold merch and no idea when we could get back on the road. When the Bandcamp Friday stuff all started, it had such a profound impact – so many people bought stuff, and made donations, and just generally supported what I was doing. It was really humbling, and I’ll never forget that generosity. It significantly alleviated my financial stress.

Being a parent is so all-consuming, it’s been tricky trying to find time to write new material. There’s a weird self-imposed pressure to have something ready for the end of lockdown, as there seems to be this feeling everyone is going to explode and want to attend as many gigs as possible. I wonder if that will be the reality? At the beginning of this year, my partner could see I was in a bit of a frantic place, mentally, so was cool with me going off and recording demos all day for a week (as long as I came back to help out for the kids’ dinner/bath/bedtime.) So it was a great exercise in getting the noise out of my brain, I’ve started writing music that feels so different to anything I’ve done before, it’s really exciting.

And finally, what three acts have had an impact on you that you’d urge anyone to listen to – one local, one national, and one international?

Local – hmm, it’s really hard to pick just one. If you’re wanting to discover new music from Scotland, I’d really encourage folks to join Lost Map’s membership club, PostMap Club. It’s been a great outlet for new music on the label, from a variety of different acts – from all across Scotland and beyond. It’s only £3 a month, and there’s an accompanying podcast too, Lots of stuff to lose yourself in – and something that’s a constant inspiration to me.

National – Lately, I’ve been consuming loads of music by Mica Levi of Micachu and The Shapes/ Good Sad Happy Bad. I’ve always loved the projects she’s been involved in, but somehow they are resonating with me more than ever right now. Countless YouTube videos. Her film scores and collaborations with Oliver Coates and Kwes, and Tirzah. It’s mind-blowing. Those first two Michachu albums are the ones that I’m lost in at the moment. So many ideas, and it feels so free and wild, and gross and fun. All the sounds are recorded in a way that feels really honest, nothing overly filtered or processed, or manipulated in the process -the sounds feel really visceral and performative. The use of panning and distortion is really drawing me in, and the dynamic within the songs themselves is superb. It still sounds ten years ahead of its time.

International – If you’ve never spent a decent amount of time with Yo La Tengo, I urge you do so. Such a large back catalogue now, and a really wide range of sound covered across their albums – they can get really heavy, and psychedelic, and then heart-wrenchingly emotional and tender. But hardly ever in the same song. That’s what I really love about them. They don’t feel the pressure to weld together their different styles within one song. They’re just happy to let individual tracks do their own thing, exist in their own world, and display the bands across an album’s worth of unique songs.

Thank you Johnny for such wonderful, in-depth insight!

Dream Wall is released on Fire Records on 1st April. It is available on pre-order now from Bandcamp.