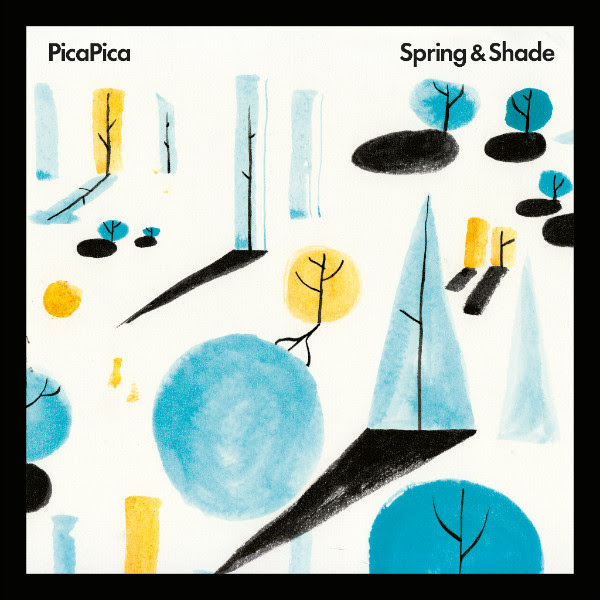 The current London folk circuit is a place of lively innovation. It’s not like the Circle Line, or the M25. Orbit those two and you’ll eventually get a chest-tightening sense of déja vù; on the contrary, the London folk scene is definitely going places. PicaPica are proof of that.

Spring & Shade by PicaPica takes you to and fro between the West End and the East End of the optimism/pessimism continuum. Formed by Josienne Clarke (BBC Folk Award winner) and Samantha Waites, and recently signed to Josienne’s home label, Rough Trade, they provide a combination and a contrast of voices that add up to more than a sum of their parts.

If you’ve seen the elemental beauty of when fire and ice meet, you’ll be ready for an aural equivalent from PicaPica. All five songs have two titles, reflecting what they would refer to on ‘shoot me now’ TV talent shows as the ‘light and shade’ in human nature. If you’re not sure which voice is Pica, and which one is Pica, then in the spirit of Dr Seuss-style differentiation, Samantha (Perky Pica) is ‘Pica Two’ and Josienne, continuing her self-labelled ‘Harbinger of Folk’ duties (Bleaker Pica), is ‘Pica One’.

If you want an inane musical contrast, insert a hyphen between the two Picas, Google it, and don’t say I didn’t warn you.

As any ornithologist, Latin laureate or fool knows, Pica Pica is the genus name of the common magpie. Magpies rob stuff. Apart from Samantha nicking/borrowing Josienne from long-time collaborator, Ben Walker, the two wing in and soar away with some of the shiniest objects from diverse musical troves, including the final song, which sees the sound of Disney meet the Sounds of Silence, with their blend of Little April Shower/April, Come She Will.

Spring & Shade/The Light Of The Day opens this fifteen-minute mindful migration from workaday mundanity. Exposed call-and-response vocals compel from the off. Dawning/Morning brings out the strength of Pica Three, Adam Beattie and Pica Four, Sonny Johns, whose guitar and bass elevate and further enhance the two mighty instruments that deliver the lyrics. Last Leaves/Way Back Up has a Joni Mitchell/Jesca Hoop/Nick Drake/John Martyn ambience (definitely the sort of beautifully bittersweet song you’d find sitting on the stairs at parties), whilst Small Time/Secret shows the two voices in beguiling harmony throughout.

Much as I don’t condone stealing (might even be against the law), these aren’t ‘nab your bike from outside Bristol Temple Meads’ types. They’re like the tasteful and humorous pair that stole Munch’s The Scream from an Oslo gallery in 1994 and left a note in its place, saying, “Thanks for the poor security.”

That said, make sure you part with coinage to buy this EP; do not half-inch it.