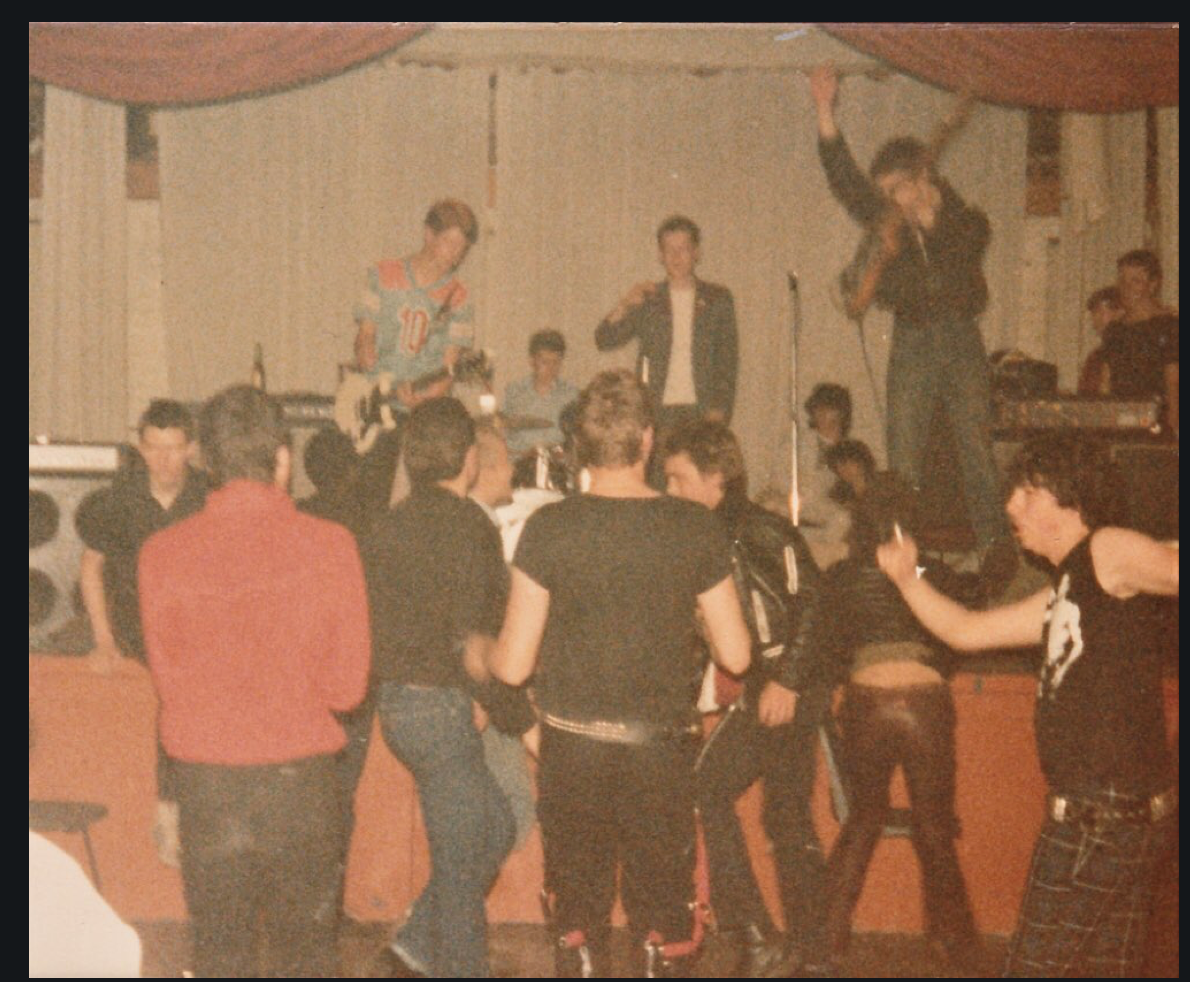 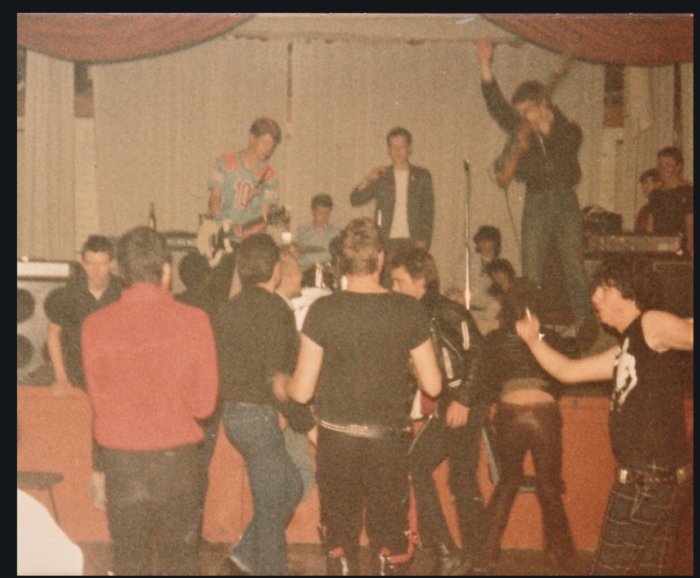 Before the Stone Roses there was a bunch of schoolmates in Manchester who put together a school band called The Patrol. John Squire played guitar, Ian Brown was on bass, Si Wolztencroft played drums and Andy Couzens was the vocalist. They played 5/6 gigs and this is a photo of one of the shows at Dunham Massey Youth Club in 1981  supporting with Corrosive Youth & Suburban Chaos in one of those typical teenage punk rock shows of them time. The Patrol were surprisingly adept (LTW have tapes of the band rehearsing and playing live) and their Clash style music was way ahead of their years.