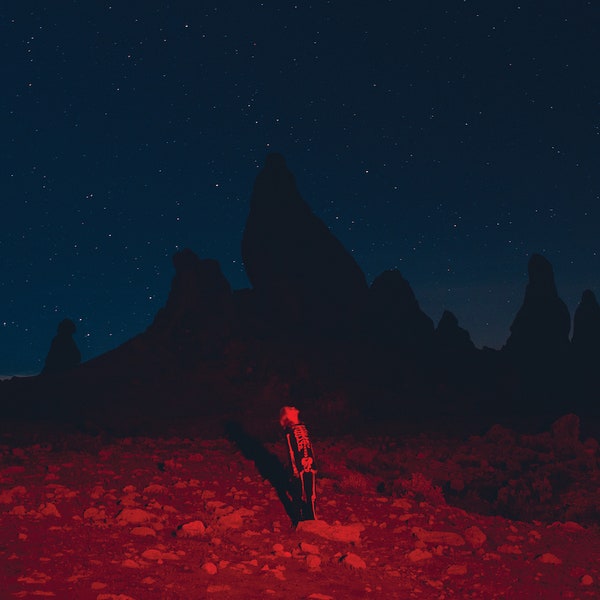 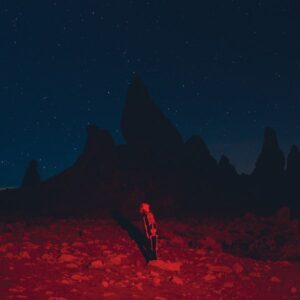 If you’re unaware of who Los Angeles-born singer Phoebe Bridgers is, I’d highly recommend you had a listen of her earlier work before jumping into her new album, entitled Punisher. Only then will you be able to fully appreciate the leap she has taken within her sound, which has elevated to a whole new level on this current record.

Though, just because I believe her sound has evolved from one album to the next, it doesn’t mean I’m not a fan of her earlier work. Bridgers’ debut full-length release, Stranger in the Alps, was a beautiful, sombre record that showed off a unique level of character and lyricism. The instrumentation fit finely with the singers’ haunting vocals, which were captured by the humble, minimalistic production of the album.

After this came Phoebe Bridgers’ next project, a collaboration with Conor Oberst entitled Better Oblivion Community Centre. This album began to show a wider scope to her songwriting and shone a brighter light on how she could successfully create music with others. You can read our full thoughts on the record here.

Now in 2020, Phoebe Bridgers has released her latest record and the evolution from her debut musical outing is clear for all to see. Her overall sound is much larger, but still carries a tenderness to it, ensuring the magic of her first album hasn’t been lost two years later. Her songwriting ambition is reaching further than it was before and it becomes clear that Bridgers is an artist that is on the up and up.

Though many of the eleven tracks which make up Punisher are atmospheric and lyrically heavy, there are also poppier and more upbeat moments to admire. Kyoto perfectly captures the sound of the songs setting. As a listener you begin to feel you’re being transported there, particularly as you hear the happy-go-lucky horn section during the opening of the track.

Kyoto spoke to Bridgers’ audience as a single during the lead up to the album because it was a change of pace for her. I mean change of pace in the most literal sense too; it’s an upbeat number and that’s rare from an artist like her.

Title track Punisher is a great advertisement for the album and Phoebe Bridgers as an artist. It shows off that minimalistic side of her music that’s helped to secure her fanbase. This piano-driven, storytelling song showcases the view of a fan that’s a little too obsessed with someone they’ve never actually met.

The eerie lyrical content is something new from this artist, but it’s creepy all the same when you start to understand the story of the song. The song carries a lot of intensity as Bridgers sings, “What if I told you I feel like I know you, but we never met?”

ICU is a break-up song at its core, but the harsher, heavier sound of the track keeps it separated from the rest of the album. It works as a nice break from some of the calmer moments which fill the record. It’s also refreshing to see a performer showcasing their different ideas across one record. The Strokes’ release from earlier this year managed this in a great way and Bridgers shows she can too on Punisher.

Album closer I Know the End is the most bombastic moment on the album, though it doesn’t reveal itself to be until its latter stages. Even though this song focuses on some dark, depressing themes, it makes for some fantastic lyricism that seems to be about the end of the world. A perfect example of this is, “I’m not afraid to disappear, the billboard said the end is near”.

As an electric guitar, which is soaked in the effects of a chorus pedal, begins to strum a chord progression deeper into the track, the song blasts off and never looks back. The intensity displayed in this drastic instrumentation change makes this the most enjoyable song on the album. Though, the creepiness is never lost as the track closes with some heavy breathing that sounds a little too close for comfort.

The album is fantastic and I can’t recommend listening to it enough. Punisher combines the sound of indie rock with thoughtful lyricism and a tremendous amount of ambitious songwriting, even in its more peaceful moments.

All words by Jared Musson, see more of his work for us, check out his website and find him on Twitter.