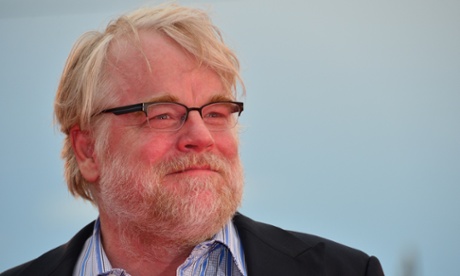 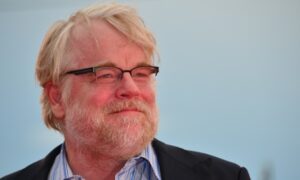 ‘The greatest actor of his generation’ sounds like the kind of hype that is always dragged out for these occaisons and the sight of luvvies in grief is making everyone run for the hills in confusion asking who he was, but this time the grief is genuine and the platitudes are real because Phillip Hoffman surely is just about the greatest actor of these times.

Another actor burned out and destroyed by the dread drugs is the headline, but surely we are beyond this moral penny pinching now. A private family man whose penchant for the chemicals had seemed to have been a problem consigned to the past took one last shot and lost. It’s sad. Fucking sad. A waste of talent and a waste of a father.

Many people are asking who he was and are shocked to find out they have seen several of his films. Surely this is the highest honour any genuine actor can earn. So immersed in his roles, so brilliant at disappearing into his characters he himself disappeared – a vague shadow behind the amazing characters he fleshed out of thin air. In the polished up, shining world of the movie star, the ‘vehicle,’ Oscars®  and celebrity he was there but Zelig like in the background, an awkward fumbling presence who came to life on the screen playing complex, introverted, off the wall characters with an emotional intensity that blew all the pretty boy pouting fakes and grunting steroid actors out of the water.

In a time when mainstream film has been reduced to the car chase and the anodyne plastic surgery snog, here was an actor who put the who into human and played characters that were 3D instead of 1D promo posters.

His real skill on the screen was to take the mundane, the background and flesh it out – creating an emotional power and a resonance out of the everyday whilst the booming machine of Hollywood drove on relentlessly around him. He was the crumpled suit and the even more crumpled face that shape shifted gloriously from one off kilter character to the next, stealing the screen from the star every time.

His characters were awkward and nuanced in a way that is rare in modern mainstream film and every time he played someone it was completely different. Most famous actors just have to turn up and pay a slightly exaggerated version of themselves, wheel out the brand, smirk knowingly at the camera, set the hearts fluttering and open the purse strings, but a true talent immerses themselves inside the role and shape shifts into something completely different. A great actor takes the black and white of the script and makes it come to life in a thousand different ways, paying attention to the everyday and the gritty and real and this is what Phillip Hoffman did.

Mainstream American film never seems to be about the small things, it’s about volume and excess, it’s like giant wrestlers slamming into each other with the volume at 11 out of 10. It’s like Kiss exaggerated even further, bombarding you with their dumb stupidity until you cave into the machine. This is why we are saluting Phillip Hoffman because, somehow in this world were emotion is reduced to an X Factor panelists’ style fake crocodile tear, he actually looked as awkward and misshapen and genuinely upset, or as conniving and slippery and ugly and unkempt as the rest of us.

No wonder people are asking who he was because his characters were so different and so diverse that they left little clue to their creator and surely that is the key to why he was the greatest actor of these times. Not the prettiest , not the most headline grabbing, not the most anything – just quality and brilliantly talented.

There were so many great moments that define his brilliance like his screen grabbing role in the genuinely odd Magnolia, his creepy crawly presence in Synecdoche, or  the classic scene in Happiness – the therapist scene or the portrayal of the unpleasant Truman Capote or his uncomfortable zipping around in the talented Mr Ripley.

People keep asking who he was – and the answer will not be found in his films and that was his true genius.