Home Music Reviews Album Reviews Philip Parfitt: I’m Not The Man I Used To Be – ... 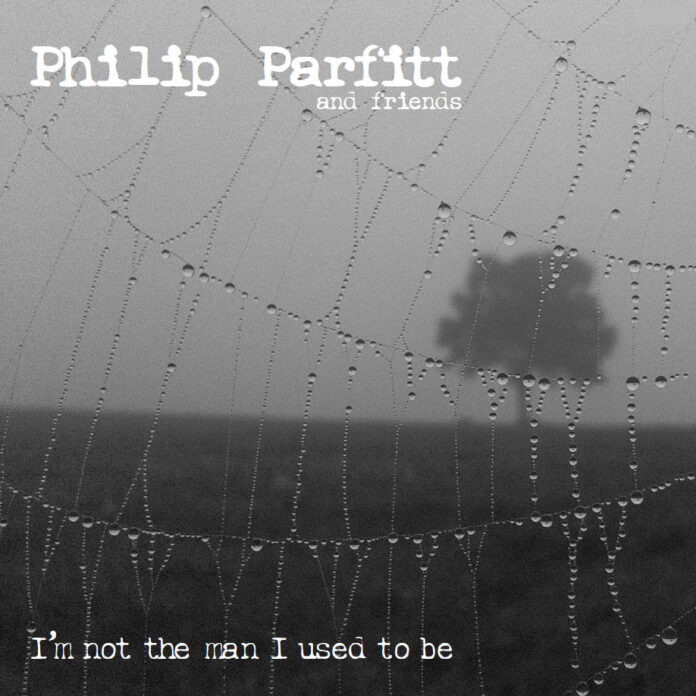 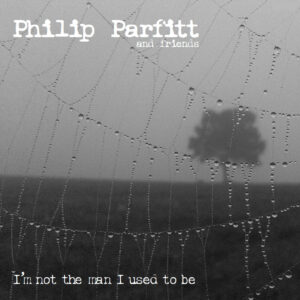 Twenty years is a long time in music but that’s how long it’s been since Phil Parfitt last released a record: the criminally overlooked “Divan” LP by his then outfit Oedipussy, back in 1994.

Previously, during the second half of the 80s, Parfitt had been the driving force behind The Perfect Disaster, purveyors of dark, brooding and twisted Rock’n’Roll à la The Velvet Underground and The Only Ones.

The band found initial success in the early 80s in France, releasing their eponymous debut album on small French indie label Kampa in 1985 and soon began to make waves on this side of the pond too. Second album “Asylum Road” saw them decamp to Brighton, sign to Fire Records and endure a number of line-up changes, including the addition of multi-instrumentalist Josephine Wiggs on bass, alongside Parfitt and Dan Cross on guitar. By the time their critically-acclaimed third album “Up” was released in 1989 the band had established a fierce live reputation (supporting the Jesus and Mary Chain on their ‘Automatic’ Tour) and were firm favourites with the critics. Everything seemed to be in the ascendancy as the band scored their first cover feature in Sounds in September 1990 as they promoted their final album “Heaven Scent”. However, prior to the album’s release Wiggs announced her departure (to form The Breeders with Kim Deal) and left shortly after its release. Sadly the writing was on the wall and having promoted the album the band split in 1991.

A few years later Parfitt’s new solo project, Oedipussy, saw the release of debut album “Divan” including contributions from such notable collaborators as Terry Bickers (House of Love) and Jason Pierce (Spiritualized). Oedipussy’s second incarnation was far more of a band affair, but after the recording of an as yet unreleased second album, the band ground to a halt in 1995.

After that Parfitt turned his back on the music industry and moved into an old water mill in the North-West of France. And that was that. Until January 2011, when, out of the blue, on a discussion forum Parfitt posted a message stating that he’d  “not stopped writing or recording since Divan” and that he’d just not “gotten round to releasing much” and was “planning to get a new album out this year (2011).” It’s taken slightly longer but spring 2014 finally sees the release his debut solo album “I’m Not the Man I Used to be”.

It’s been a long time coming, with Parfitt shuttling back between Blighty and France to work with former Perfect Disaster man Johnny Saltwell in his Letchworth Studio along with a collection of associates old (Jonny Mattock and Martin Langshaw) and new (Dave Elbaz, Christoffe Deslignes and Eva Fogelgersang) . However it’s all been worth the wait. The album picks up from where The Perfect Disaster left off, a natural progression and mellow cousin of his former band. By his own admission Parfitt can only write one way; “from the soul”. His environment has always been a strong influence on his writing. While writing ‘Asylum Road’ he was a psychiatric nurse in an asylum. The new LP is also heavily influenced by Phil’s growing up immersed in nature, spending long hours walking alone in woods as a child and later on, living in Brighton by the sea. And, of course, anything else in his sphere of consciousness including the usual suspects: love, birth, death and loss.

The result is an album that is self-analytical, introspective, vulnerable, but very, very beautiful. Opener “Big Sister” with its mantra-like guitar line and melancholic sentiment immediately shows Parfitt has lost none of his song-writing mojo and his voice has, like a good French wine, only gotten better over time. “New Timber Hill” is the album’s title track of sorts and sees Parfitt getting back to the elements.

Birds twitter, clouds drift by, leaves fall from trees, but crucially, life goes on, for better, for worse. Imagine The Velvet Underground’s “I’m set free” being taken for a stroll on the South Downs and you’re not too far off the frequency. The gentle “Moonbeams” further affirms the Velvet’s comparisons while “Snowflake” sees the first appearance on backing vocals of his eldest daughter Candy. Parfitt’s wonderful world-wise voice is used to good effect as he paints pictures on the nautically themed “I was a ghost and you couldn’t see me” with its double bass inflections and cello stabs. “Are you looking for someone?” is a more exotic and intoxicating affair with echoes of Love’s “Forever Changes” as is “In the world where you live” with its eastern tinges. The story of the dying embers of a love now gone are painfully laid bare on the narrated “Lines written” which is as crushingly sad as it is beautiful. The best is yet to come though, with the truly mesmerising “Winter is going to come”. You can almost taste the log fires in the November air as daughter Candy plays Nico to Parfitt’s Lou Reed. “Have better days” closes the album and is again washed with the world-wise optimism that has become Parfitt’s signature.

Twenty years is a long time but “I’m not the man I used to be” is proof it has been worth the wait. Gone is Parfitt’s five-yard sneer and edgy swagger of his Perfect Disaster days. In its place a wiser and more gentle Parfitt. The resulting album is as organic as it is honest, more ‘Candy says’ than ‘Sister Ray’. And with Phil back in the song-writing groove the world is most definitely a better place.

The album is available for preview and pre-order at Phil’s Bandcamp site: philipparfitt.bandcamp.com.