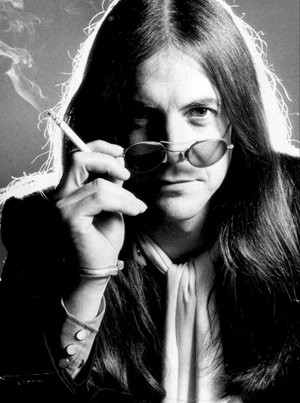 Phil May, lead singer of influential 60’s band beloved by Bowie and The Rolling Stones, and writer of the first narrative concept album, has died at the age of 75.

Phil May, the lead singer of The Pretty Things, has died today at the age of 75. He had recently undergone hip surgery following a bike accident and resulting complications led to his death.

May formed The Pretty Things with guitarist Dick Taylor in 1963 and, with the appetite for British rhythm and blues at the time, they quickly found success. Their first single, Rosalyn stopped just shy of the Top 40, but follow up Don’t Bring Me Down went straight into the Top 10. Their first two albums cemented them as one of the best bands of their time.

Their star was rising as they entered into the studio to record their third album, Emotions at the tail end of 1966. In an interview with Louder Than War in 2018, May said that he felt the album had been hijacked by their label, Fontana. Overdubbed with orchestral arrangements, May was embarrassed by the final album and the band initially refused to play it live. Despite their feelings, songs like Death Of A Socialite and Photographer have become Pretty Things classics. What May recognised, however, was how their own reaction to the record would pave the way for their most ambitious album, SF Sorrow.

It was their experience with Emotions that led him to realise that they should take control of their own writing more than they had previously done, and May stepped up to the challenge. Based on a short story he had written, SF Sorrow was developed into one of the first fully realised narrative concept albums. Their most ambitious work though proved too difficult for the band to reproduce live. The lack of promotion along with the dark subject matter led to declining sales, but despite this, he continued to record and play with the band throughout the 70s, albeit without Dick Taylor.

At the time of their arrival they were revered by Bowie, who covered Rosalyn on his 1973 album Pin Ups, and supposedly wrote Oh! You Pretty Things and The Pretty Things Are Going To Hell as a homage to the band. Their influence continued throughout the decades. As well as Bowie, artists like Jimi Hendrix through to Kasabian have said that the band were a pivitol influence on them.

In 2015, May and Taylor reunited to release the band’s final album, The Sweet Pretty Things (Are In Bed Now, Of Course…). They followed it with a final tour in 2018 to mark the 50th anniversary of SF Sorrow and then called it quits. On the reaction to SF Sorrow, May told us that “It was kick in the balls and for my part if I hadn’t been deep into the ribs of the process of writing material for the next album – “Parachute” – the blow could have been terminal. I like to think that it proves that real class will eventually get the recognition it deserves.”

He is survived by his partner Colin Graham, his son Paris, and his daughter Sorrel