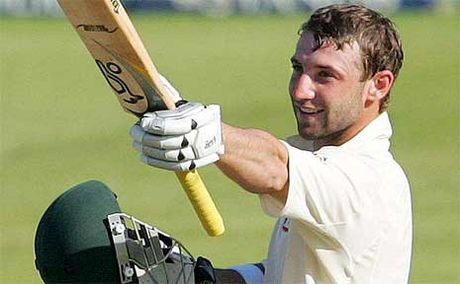 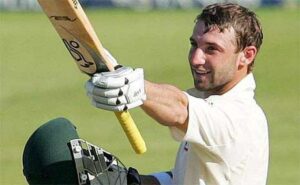 Yesterday Australia cricket international Phil Hughes died after being hit in the head by a bouncer. Here Dan Lucas pays tribute to the man who was loved, admired and respected by his teammates and by legions of cricket fans alike.

It is strange, when you think about it, the way we mourn for the loss of those we don’t know. The death of a public figure, or of a beloved celebrity, upsets us because of the happiness they brought to our lives or because of the tragedy of their circumstance, yet we did not touch them. We had no interaction with their lives, they are very unlikely to have ever even known of our existence and, ultimately, the pain heals with time and we go on unaffected.

The death of the Australian batsman Phil Hughes, two days after being struck on the neck by a short delivery, is different though. This is a tragedy, one that will affect the entire sport of cricket and hit wider sports fans hard. I was sad when Robin Williams died; I mourned the passings of Richard Wright and of Philip Seymour Hoffman. I write this though with tears in my eyes and a sick feeling in my stomach.

Cricket is, to me, the greatest sport on earth. I love it with a passion, follow it fervently and it has brought me countless moments of happiness and enjoyment. It is something that fills me with strong emotions, from the despair of a series whitewash to the euphoric joy that was the 2005 Ashes series – the greatest sporting event I’ve ever seen and a memory that will never dull with time. It has also given me a career: my first piece of work as a professional sports journalist was The Guardian’s over-by-over commentary of a one-day international last September and I’ve written about cricket extensively since then. To see a talented, 25-year-old man killed playing a game is as shocking as it is upsetting. It is a stark reminder of dangers masked by forgetfulness, of those that people put themselves in line of for our entertainment.

The horror of what has happened to Hughes lies in its lack of drama. There were no exceptional circumstances: this was a domestic Australian match that generated only the mildest of interest outside of the country ahead of a Test series with India. Hughes was untroubled and looked in good touch on his way to a score of 63 not out. The fatal ball was a short delivery from a medium-quick bowler whose name would be unknown to most outside cricket: it was the kind of delivery that almost every batsman to have played the game will have faced before and the kind that Hughes routinely sent to the cover point fence through his career with his signature flashed cut. Long gone are the days of the West Indies’ four horsemen attack, when spectators feared for the safety of those in the middle. Cricketers are not police officers, fire fighters or soldiers: Phil Hughes did not walk out on to the SCG pitch fearing for his life. He was, by all accounts, a nice man who wanted to win at a game he loved, and he ended the match slouched to his knees and falling face-first to the pitch and into darkness.

No one is to blame for this saddest of events. Sean Abbott, the poor bowler who sent down the fatal delivery, will be distraught but it is essential he receives unconditional support. After all, he was simply doing his job, bowling an otherwise routine delivery and it ended in tragedy. Short bowling is part of the game’s rich history. The abiding memory of the last Ashes series was marvelling at Mitchell Johnson’s fast, aggressive bouncers. We cheered when Steve Harmison split Ricky Ponting’s cheek in 2005. We laughed at Mike Gatting’s broken nose when he was hit by Malcolm Marshall and when we watched Fire In Babylon we marvelled at the peppering Michael Holding gave to Brian Close’s scarcely protected body. Piers Morgan was lauded by many in the media when, last winter, he opted to face up to a series of bouncers from the former Australian quick Brett Lee. Morgan’s publicity stunt looks even crasser now, while those memories, those iconic moments of the game are now changed forever.

Cricket must and will go on from this, but it is hard to see how. There will be discussions on whether or not the bouncer should be banned and on improvements that can be made to protective equipment, but today these are tangential. Today is a day to mourn, to reflect on tragedy. Think not just of Abbott, but think too of every other bowler who will play cricket at every level in the coming weeks with knowledge of this tragedy in their minds. They will know the damage they have the potential to do, the hurt that they can inflict with an everyday act: the next bowler to send down a bouncer will be a brave one suffering from conflicting emotions. Think too of every batsman, who will walk to the crease under the cloud of this stark reminder that they may not leave it alive. Think too of players in other sports: England play Australia at rugby this weekend and no one needs a reminder of the dangers of that sport.

Sport, and cricket in particular, has seen some dark days, but none like this. The dangers of cricket were hidden, masked and forgotten until today. Our solace can lie in the way that those in the sport have united in their bereavement. RIP Phillip Hughes: 63 forever not out.