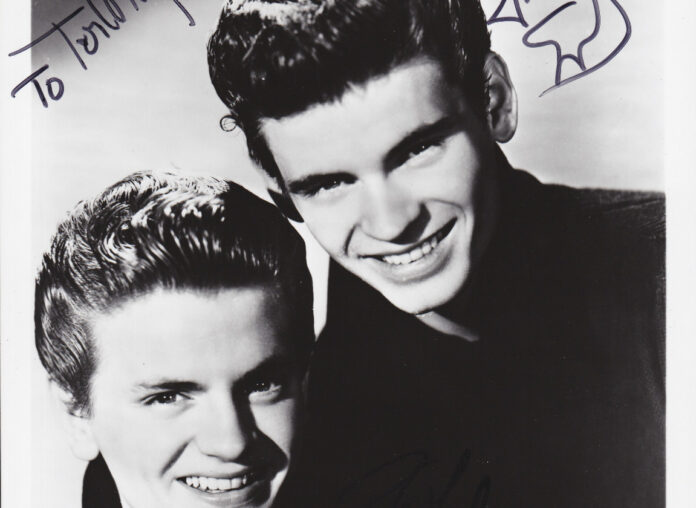 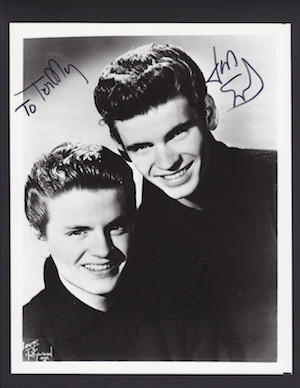 Phil Everly, one half of the Everly brothers hads died at the age of 74.

Along wth his brother Don, Phil was one of the founder fathers of rock n roll and pop culture. Their perfect harmonies were a profound and huge influence on the likes of the Beatles who would spend hours trying to perfect their own version of the voices melting togther.

The Beach Boys and Simon and Garfunkel are another two examples of their huge influence and their use of the diatonic thirds in their vocals which made each vocal line stand out as a perfect melody on its own.

Lemmy from Motorhead was also a massive fan but obvioulsy didn’t spend as many hours working on the exquisite harmonies!

For most of their recordings, Don sang the baritone part and Phil the tenor part and their run of 35 hit singles are all classics.