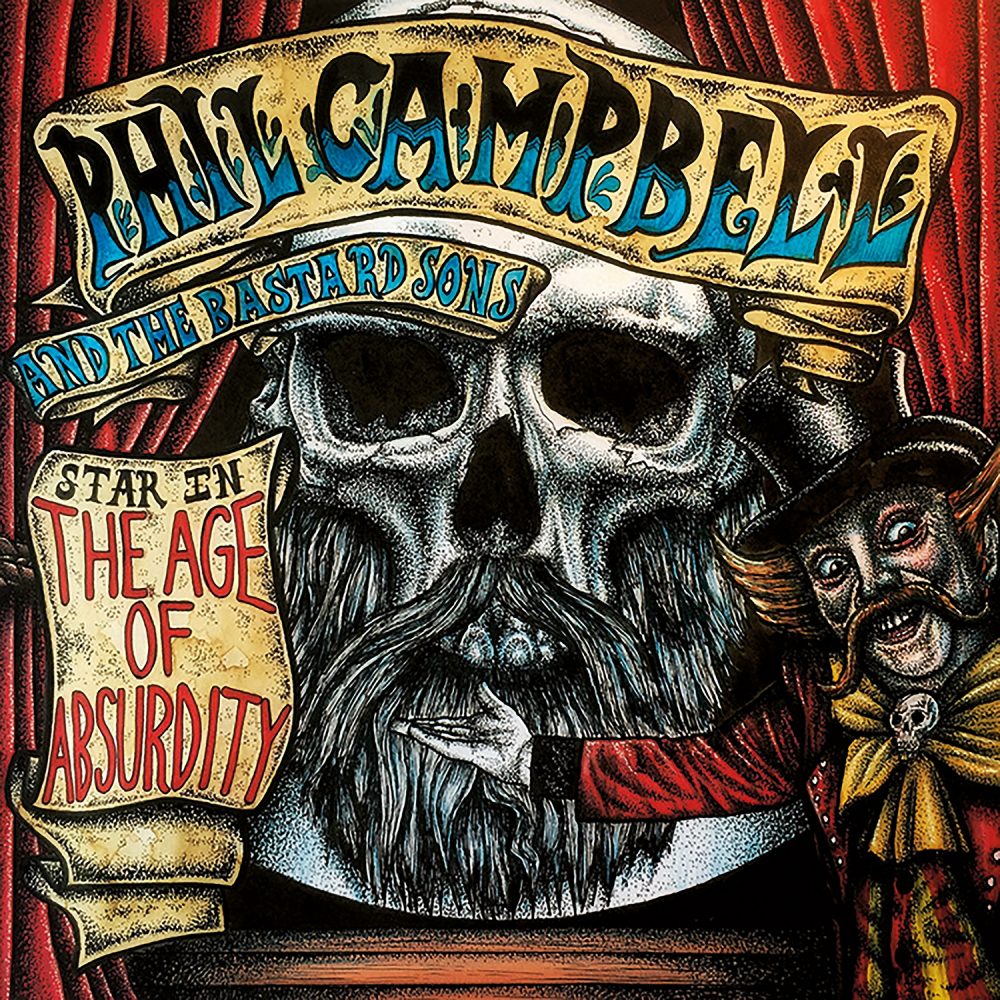 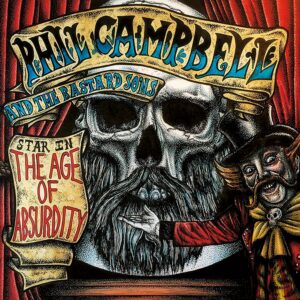 Phil Campbell and The Bastard Sons

The Age of Absurdity

Phil Campbell and The Bastard Sons second studio release, back with more of that hard-hitting dirty guitar work that Phil Campbell does so well. But is this a record that stands on its own two feet or just an excuse to not retire?

Phil tells the story that the band was formed when his eldest son had a big birthday and they hired a band to play. Phil and his boys, along with Neil Starr were all together and thought that it might be fun to get up and bash out a few songs, they all had a blast. After Lemmy passed, Phil had more time and so they decided to take the same guys out to a few festivals and maybe write some material. Seven years later and this is the result!

Frankly, when the first news came out that Phil was putting a new band together with his sons and Neil Starr on vocals, I wasn’t really expecting much, maybe a re-hash of some old tunes, maybe a pretty good tribute band? What we actually got on their first EP was a set of five really great hard rock tracks with a huge variation in style, there was a quality here but not an especially coherent record. The Phil Campbell DNA was clearly still evident, but this wasn’t a Motörhead tribute act, this was something fresh and new, if not especially well finished.

Spiders and No Turning back were real high points from the Phil Campbell and The Bastard Sons EP, both ripping tracks, dirty and fast with melodic hard rock riffs that hooked you in. I caught them live on tour with Airbourne and they were even better on the live circuit, full of power. Hearing some of their new material had me hungry to take a listen to their new record The Age of Absurdity.

Thankfully, what the boys produced was in exactly the same tone, fast and dirty hard rock full of great hooks and massive riffs. Phil’s characteristic style is never far away on this record, but this is clearly a band effort. Todd, Dane, Tyla and Neil bring a huge amount, this isn’t just the Phil Campbell show, Todd’s guitar work is seriously impressive in its own right and the two are constantly trading blows throughout each track.

The Age of Absurdity has a thicker, heavier production than the first EP, which I think brings it to life a little more and adds some real dynamic weight to the album. The opener Ringleader is an absolute classic hard rock track, dirty, fast and bursting with energy. Freak Show grabs you with a stunning riff but then takes you on a rollercoaster with raucous guitars balanced with a real driving groove from Tyla’s bass and Dane’s drums. This balance of dirty, raucous guitars balanced with a bottom end groove really sums up this record for me, there isn’t a weak track on the entire record, its huge riff after huge riff. They only slow down for Dark Days and Into The Dark, which showcases Neil Starr’s awesome vocals nicely and also the bands dark, bluesy, almost soulful underbelly. The lead solo on Into The Dark is a thing of beauty, wonderfully balanced and as smooth as silk, utterly divine!

For me, the picks of the record are Freak Show (that opening Riff is huge!) and Into The Dark (that Solo and the bassline!!), both so different but still managing to retain the DNA that is Phil Campbell and the Bastard Sons.

Overall a big step up in production from their first EP and an honest hard rock record with some monster songs. I can’t help feeling that this is going to be one of those records that the band struggle to beat in future years, it been a real favourite of mine over the last couple of weeks that’s for sure.

Phil Campbell and The Bastard Sons website is here