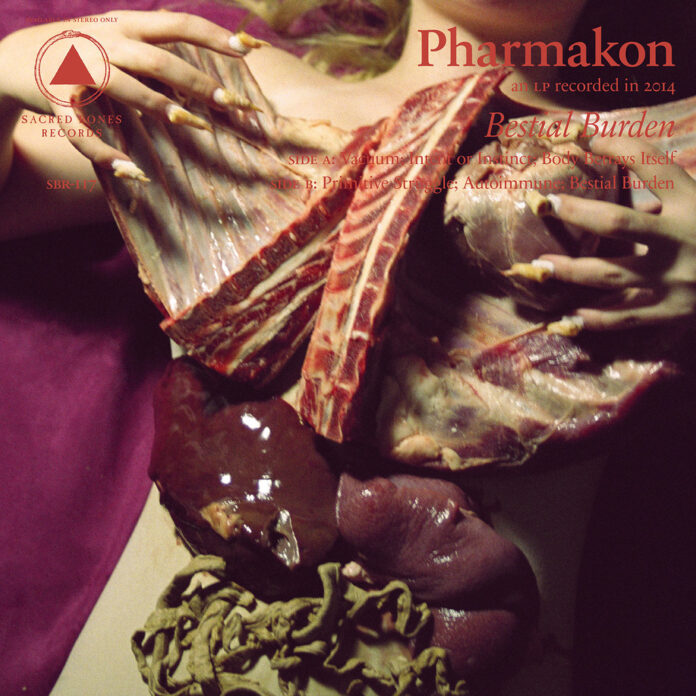 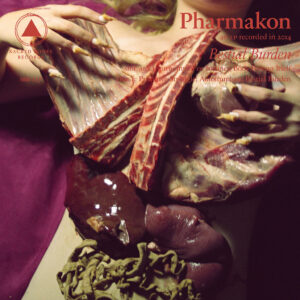 Noise, at its best, is a fiercely un-intellectual form of music (if you could even call it music at all, which of course you probably can’t). That’s not to say it’s incapable of articulating sophisticated ideas, of power and oppression, of identity, of the struggle for personal, sexual, spiritual or political freedom.

But in doing so it generates sounds that are compellingly physical. Whether it’s the all-consuming wave of a harsh noise wall, the churning torrents of  power electronics or the bruising kick drum of an industrial groove, these sounds often seem to batter your ears and body.

If noise is music for the body, the move to music about the body isn’t such a big leap. It’s not necessarily a new shift, either. Last year, for example, Organs Without Body, a particularly shrill and intense release by the Hong Kong noise artist SIN:NED, circled around the idea of the human organism under extreme pressure among the gleaming skyscrapers of the modern super city.

Now Margaret Chardiet has gone one step further with Bestial Burden, her latest release as Pharmakon, bringing her own autobiography into play as subject matter for this narrative of bodies in trouble.

You probably already know the story – just about to leave for a European tour, Chardiet was hospitalised for major surgery, which left her bed ridden for nearly a month. As spanners in the works go, it’s a big one. Although the result for Chardiet was positive, thank goodness it nevertheless had a major impact, both physically and emotionally. It was during her weeks of recovery that the pieces to become Bestial Burden were conceptualised, drawing on Chardiet’s reflections of her time under medical care.

It’s a harrowing album, sonically overwhelming and emotionally wrenching. The music is dark and oppressive, crossing late-era Swans with the greasy film of Throbbing Gristle at their most discomforting. Ultra-heavy kick drums stamp, punctuated by cavernous echo. Layers of electronics wheeze and strain, a corroded machine running down.

The sounds of illness are everywhere. The coughing and choking at the start of Primitive Struggle has enough verisimilitude to have me grabbing the waste bin as I gag in sympathy. Vacuum, the very first track, is entirely composed of breathing sounds, which, to me like a patient on a ventilator, or in the throes of an asthma attack.

Atop all of this are Chardiet’s vocals. Rightly acclaimed for their blood curdling power, she sounds downright demonic on Intent or Instinct, her black metal screeching scarring the upper register of the song. Is this the sound of a body in pain, screaming out as the knife cuts the flesh? In Autoimmune she’s a bit more punk, screeching out in a syncopated yowl, in time with the throbbing percussion as bullwhip-like slashes strafe the tune.

Yet by the title track, which appears at the end of the album, all this pain and fury seems to have dissipated into a resigned ennui. It’s worth noting here that, in ancient Greek, ‘pharmakon’ can mean both poison and medicine. Over a bed of pulsing electronics and jarring metallic scrapes, Chardiet recites an nightmarish monologue. “I’m looking for my shadow,” she cries, “I don’t belong here, I don’t belong here…” she says, at first despairing then hysterical, her crazed giggling slowly morphing into screams. Once you’ve cut out the sickness, but what’s left? Is the medicine worse than the disease?

Bestial Burden is not an album to be taken lightly. It is, however, an astonishingly powerful one, a cathartic moment that transforms Chardiet’s greatest vulnerability into Pharmakon’s most powerful artistic statement yet.