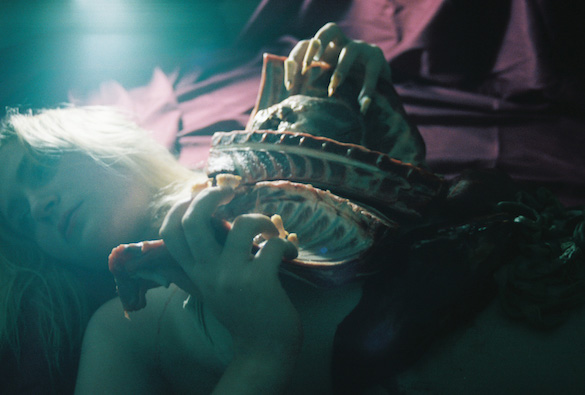 Pharmakon dropped into our “albums of the year” list last year at number 39 with the brilliant album Abandon. Not one to rest on her laurels, we’ve just received news that a new album by her is due out on 13th October, titled Bestial Burden. Cover art and a taster track can be found below.

When we saw Pharmakon last year our review of her set started:

“Shockingly intense and electrifyingly uncompromising, Pharmakon put on one of the most all-consuming and extreme 30 mins of my life.”

…words we stand by today.

Pharmakon, aka Margaret Chardiet, tells how, while recuperating from major surgery which resulted in her being one organ down, she came to write the music that would become Bestial Burden, the second Pharmakon LP for Sacred Bones Records:

“After seeing internal photographs taken during the surgery, I became hyperaware of the complex network of systems just beneath the skin, any of which were liable to fail or falter at any time,” Chardiet said. “It all happened so fast and unexpectedly that my mind took a while to catch up to the reality of my recovery. I felt a widening divide between my physical and mental self. It was as though my body had betrayed me, acting as a separate entity from my consciousness. I thought of my corporeal body anthropomorphically, with a will or intent of its own, outside of my will’s control, and seeking to sabotage. I began to explore the idea of the conscious mind as a stranger inside an autonomous vessel, and the tension that exists between these two versions of the self.”

When asked what kind of music Pharmakon makes the easiest thing to do is refer the person asking to bands she’s toured with; Swans, Godflesh, GNOD and The Haxan Cloak to name just four. So you won’t be surprised to find out that the new record is billed as…

“…a harrowing collection of deeply personal industrial noise tracks, each one brimming with struggle and weighted with the intensity of Chardiet’s internal conflict.”

The album’s also described as…

“…the bar-raising follow-up to Abandon, and an invitation to go even deeper into the sometimes terrifying, always fascinating labyrinth that is Margaret Chardiet’s mind.”

The cover art can be found below, meanwhile, here’s a teaser for the album:

Pharmakon doesn’t appear to ‘do’ the internets, but there’s a fan maintained Facebook page here you may wish to check out. 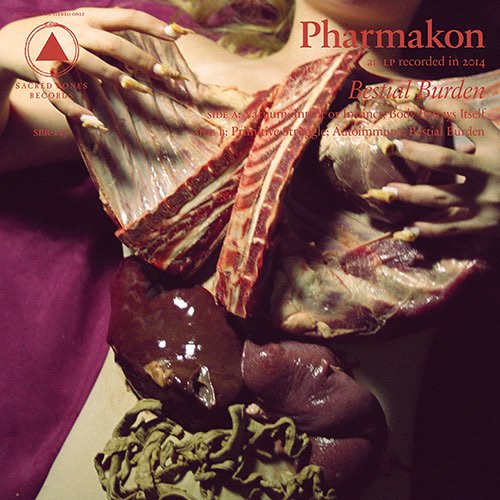